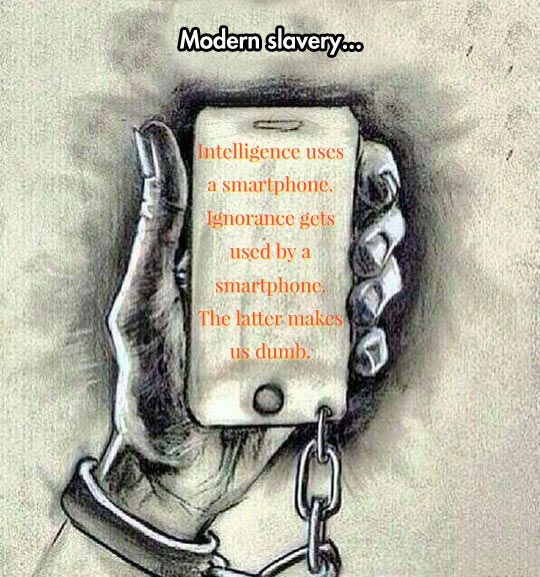 Do you remember your first phone? I certainly do. At 16 I landed in the hospital for two weeks due to Pneumonia. During that time my parents thought it wise to get me a mobile. And thus I welcomed my first phone into my life. Interestingly some 20 years later I’ve not, not had a mobile since. It's now become a part of me like racism’s a part of Trump.

I remember two things about that Nokia 3310 quite vividly. If you are a little older you may recall the snake game that was loaded onto the mobile. A far cry to the highly evolved games of today. The second thing I remember is dropping my phone. Today whenever I drop my smartphone and I do drop them often, one thing is certain, the screen is sure to crack. On one occasion I dropped my 3310 and two things cracked. First, it literally cracked the tiles on the kitchen floor with not even a scratch on the Nokia. The second thing that crack was my head, cause I had ruined my mother’s kitchen floor.

If I were, to be honest, I would say to some extent I’m truly attached to my phone, like a monkey to a banana, perhaps even border line addicted. This article is not advocating throwing your smart device into the deep blue sea. Rather my desire is to illustrate how to use your smart device without becoming used by your smart device. Because smart devices can become weapons of mass distraction, rendering us slaves to their alluring charms.

We will visit various psychological tricks employed by corporations to train our brains into becoming dependant on smart devices in an obsessive, unhealthy manner. We will also look at how to re-train the brain. By better understanding the psychological tools involved in addictive devices we can see how they work to bind us to their product and how to use these very same psychological ploys to liberate ourselves from unhealthy attachments and achieve a technological detox through balanced holistic living.

Not all addictions come from chemicals you put into your body. Addiction is also formulated by behaviours like unhealthy attachment to a smart device. Look at the symptoms exhibited by an individual overly attached to a smartphone, its similar to symptoms of hard drugs like cocaine. An addict of technology floods the brain with neurochemicals causing debilitating effects on body, mind and relationships. We are just a click away from poisoning the plasticity of the brain by overstimulation of neurotransmitters. Inundating the brain with chemicals like dopamine, oxytocin and serotonin. Overstimulation of these chemicals affect aggression, self-control and ability to focus. Our smart devices drowns the brain in these chemicals forcing the user to consume more and more as a means of escaping from the stresses of life. Causing one to fall head over heels into the bottomless vortex of random stuff.

An addiction is a habit that transforms into a compulsion, a need, a craving an unstoppable force. Yes! Smartphones are a tremendous convenience with potential to add productivity and efficiency to life. But if unbalanced due to the nature of its design and the psychosocial makeup of the human mind, it has the potential to rob ones intelligence as well as emotional integrity. Fun fact, the average teen gets 3000 texts a month.

Due to our dependency on smart devices a phenomenon called digital dementia is strangling society. It is a term coined by neuroscientist Manfred Spitzer to describe an overuse of digital technology resulting in the breakdown of cognitive abilities. We are outsourcing cognitive processes to our smart devices. We have become so reliant on smart devices that they are making us dumb. A week ago I went to a restaurant with friends. There were ten of us at dinner. When the bill came six of us reached for our smartphone to divide the bill by ten. So reliant are we on smartphones that they making us stupid.

If you put your arm in a sling and don’t use it for a month what happens? Atropine, it gets weaker due to lack of stimulation. The brain is a muscle that requires mental exertion, use it or lose it. No doubt smart devices are handy. Today I can store thousands of numbers on my phone. Yet today I can’t even remember my own mobile number.

As of February 2018, 2.5 billion people owned a smartphone. These devices are designed to be addictive. Addiction sells and money is the honey. We will now look at some of the psychological tricks used by the industry to enslave us to their product as well as psychological hacks to retrain the brain from the snares of technology.

1. Turn off all non-human notifications

When u get a call, text or message its cause another human whats interact with you. Many apps today simulate this social interaction to get you to spend more time on their platform. For instance, Facebook sends a push notification, a friend is interested in an event near you or friend uploaded pictures, etc. They are acting like a puppet master. We are social beings and they exploit our desire for social interaction resulting in us using their site, more and more.

Today every app sends an array of push notifications which result in you feeling a host of emotions based on the message being communicated. If these notifications where predictively bad or predictably good we would not get addicted. Because of its taps into a host of varying emotions, depending on the message these notifications can cause us to feel happiness, sadness, grief, euphoria, an endless assortment of feelings. It this uncertainty, this novelty that causes us to get addicted. We are hardwired to love novelty.

This is the same premises that slot machines use. This uncertainty of whether I’m going to be the next millionaire or not lends itself to addiction. Unsurprisingly slots machines make more money in the States then baseball, movies and theme parks combined.

Some apps even replicate the slot machine pull lever with the pull to refresh feature and thus continually updating content with the illusion that we are in control by the refresh pull option and thus more novelty and potential for addiction.

I’ve set my phone to refresh emails every four hours. I also dedicate specific time during the day that's used specifically for addressing emails. Thus batches of updates relating to my email which are scheduled at set intervals reduce addiction and user stress.

The easiest way to attract your eyes to screen is via colour as we are sensitive to warm and bold colours. There's a reason why slot machines are bright in colour with flashing lights & sound going ding ding ding … We gravitate in particular to bright red and warm colours and this information is not lost on app design. Bubble notifications appear as red or bright bold colours tricking our mind into thinking that we have to respond with great urgency. As if our life depended on instantly viewing the latest youtube music video or a Facebook post of your ex-girlfriend's selfie of her eating breakfast.

By grey scaling our colour photo filter from an array of colours to black and white one is not tricked into addiction by eye-catching sensory candy.

When u unlock your phone make sure the home screen has in the moment tools that help you live a productive and balanced life. On my home screen, I have my alarm clock, calculator, emails — which are refreshed every four hours —, phone book and to-do list. Keeping the home screen to a minimum and free of time-wasting social media apps allows for greater productivity and a reduced likelihood of being sucked into the vortex of random stuff.

5. Be careful of the bottomless vortex of random stuff

Beware infinite scrolling and automatic audio and video loops. These sites continuously load new material with no built-in endpoint which are generated by algorithms designed to generate information you would find desirable based on previous selections. Thus catalysing the endless loop of laziness.

So next time you switch on your smart device I humbly suggest asking yourself the following question. Just what is genuinely worth my time and attention? Let us not become slaves to the machines. Let us not become chained and incarcerated by their techno charms. Break the shackles of their wireless connection. Look out into the world. Look deep within yourself. Don’t fall victim to weapons of mass distraction, that tell us how to live, what to wear and where to eat.

And always remember the outlook brightens with the in look of enlightened introspection.