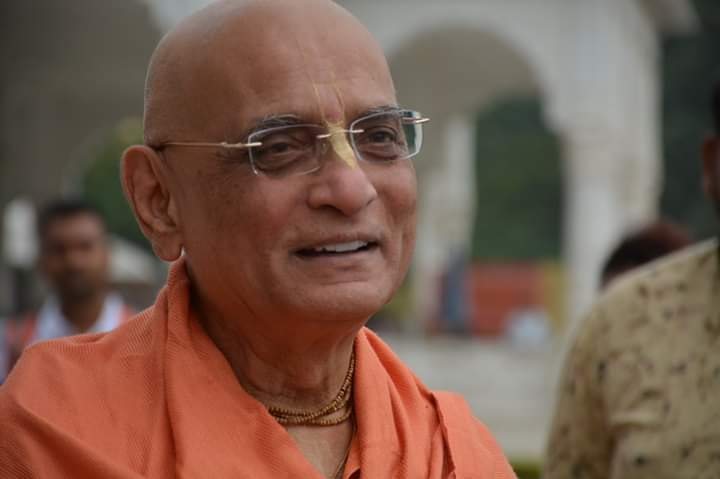 While I am still trying to come in terms with the devastating news about the sudden departure of Bhakti Charu Maharaja, there is also a strong urge to glorify this exalted Vaisnava with the hope that it will give some solace to my heart.

Out of his numberless outstanding contributions to our movement like “Abhay Charan” serial, construction of the beautiful temple in Ujjain, establishing and teaching in the GBC College, etc. etc., perhaps the most significant is his untiring efforts to unite our movement around Srila Prabhupada in the center. And he was extremely successful in these endeavors due to his complete, absolute selfless dedication.

HH Bhakti Charu Maharaja himself observed in one of his recent lectures that one of Srila Prabhupada unique characteristics is that even in India where everyone knows about ISKCON and Hare Krishna’s, not so many people are aware about Srila Prabhupada’s personality. Unlike many other charismatic Indian spiritual leaders, Srila Prabhupada did not want to promote himself. He was promoting the chanting of the holy name and the teachings of Sri Caitanya Mahaprabhu, and was not promoting himself. In the similar way, Srila Bhakti Charu Maharaja as an absolutely loyal disciple was only promoting Srila Prabhupada and ISKCON. There is not the slightest trace of self-promotion in his presentation of Krishna consciousness. And that is one of the reasons why he was able to touch so many hearts. And even now, by his sudden departure he continues to unify ISKCON. Now everyone from the beginners to the greatest leaders feel united in glorification of Bhakti Charu Maharaja.

It is an irreparable loss for all of us. One thought though gives me some solace – he was not of this world. He was like a lotus flower, which grows from the mud in the water, but still is completely unaffected by the muddy environment, not to the slightest extent. Sri Gauranga Mahaprabhu gave this sent this perfect servant of His to assist Srila Prabhupada in his mission, and He also showed to all of us by the example Bhakti Charu Maharaja what it means to be a Vaisnava. And now Gauranga Mahaprabhu just called him back.

Now, after his departure, I feel like an orphan myself. I spoke with many devotees who knew him, even though they were not his direct disciples. They all feel the same. The son after the departure of his loving and protective father, feels the need to become more mature in order to survive in the hostile environment. In the similar way, I hope and pray that now we as a spiritual movement, after the departure of Srila Bhakti Charu Swami Maharaja, who was protecting ISKCON from internal strife, will have to become mature and united to be able to continue preaching the message of Srila Prabhupada in this material world.