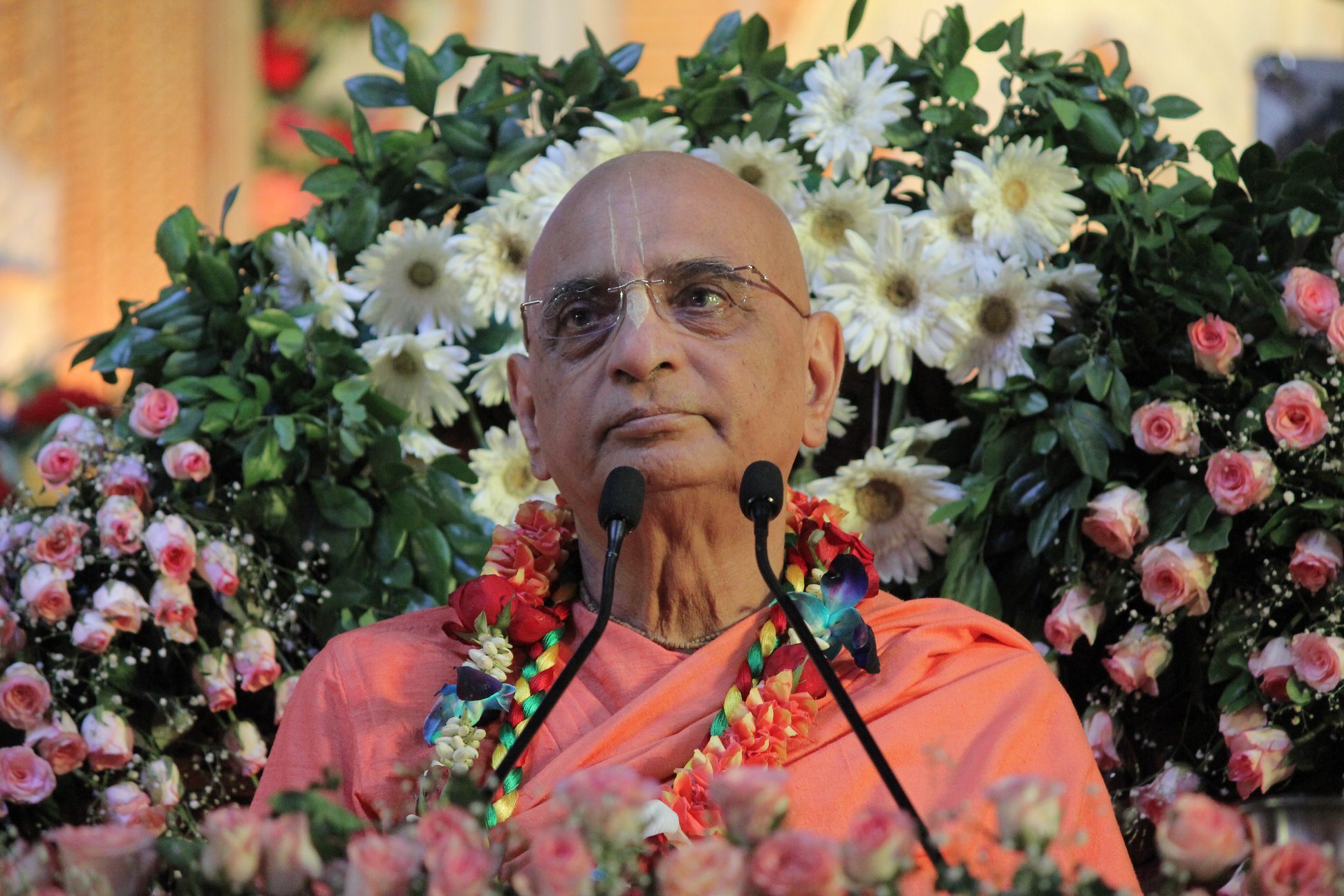 If the purpose of bhakti is to love Krishna and all of his parts and parcels, no one exemplifies it more than Bhakti Charu Swami.

He lived by an unstated maxim that was demonstrated in all of his relationships: it was to love whoever was around to be loved. He didn’t just shower affection on his immediate peers; he was an equal-opportunity care-giver. Being in his presence, you got the idea that you were as important as any of his most intimate friends.

That “talent” was not “grown”; it was a manifestation of his spiritual nature. I recently told someone that the camera loved Maharaja. He could say anything on screen and would always come out smelling like (offered) roses. He had a “star” quality. Superstar, really. There was only one Bhakti Charu Swami in Iskcon; he is irreplaceable. His presence will continue through his lectures and activities, but, especially, in the disciples whom he nurtured and counseled.

There is a saying that like attracts like, so, maybe, there are some of his chelas who will partially fill the void left by his departure. Nothing will replace it entirely. If I were to be so bold as to offer any advice, it would be to fully indulge yourselves in that paralyzing sense of profound loss. It is an emblem of your love and dedication to your gurudev. In the future, it will be a memorable access to the gratitude and inspiration which you received by his physical presence.

Just a few days before he departed for the US, he called me in the wee hours of his night. “What are you doing up so early, Maharaja?” It was 2am IST. He was thinking how the society could put Srila Prabhupada more in the center. He was concerned for the future, and was unable to sleep just thinking about it. We spoke for half an hour. I consider that last conversation with him one of the great blessings of my life. He was so pure-hearted. I loved him. For him, Iskcon was his family – a found family, and we were all his brothers and sisters. The unspoken problem with found families is exactly the same as the problem with every other sort of family. There is no perfect structure, no single set of rules, that can guarantee that people will always be decent to each other, will ever not get their hearts broken. Maharaja knew this secret all too well. He wore his devotional heart on his sleeve – easy for anyone to see, appreciate, feel, and, also, hurt. It is what made him a moon among stars.