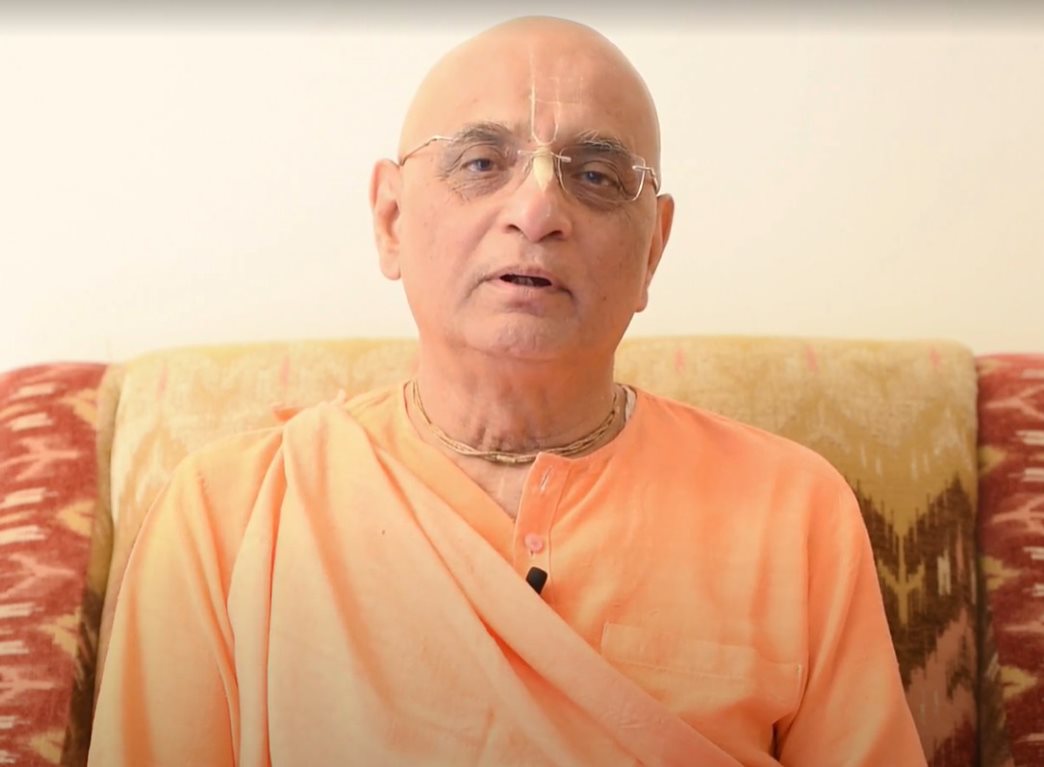 My dear nephews and nieces in Krishna consciousness, disciples of Bhakti Charu Maharaja,

Please accept my best wishes. All glories to Srila Prabhupada.

At 8.30am this morning, Florida time, I received a phone call from one of your more senior Godbrothers who is currently there. He was in a deeply emotional state, and I immediately understood what he had called me about, before he could even tell me. Your Guru Maharaja had departed from this world, back to Srila Prabhupada and Srimati Radharani and Lord Krishna just one or two minutes before.

I am a member of the Executive Committee of the GBC Body, so I dutifully reported this information to our secretariat, for distribution throughout the ISKCON world, but as I did this I felt myself becoming more and more overpowered by feelings of loss.

It reminded me of the day our Temple President in Bhaktivedanta Manor, in England, called me into his office and informed me that Srila Prabhupada had left this world. The whole experience was quite unreal and practically undigestible. Today, when I got this news I wondered how Krishna could have allowed this to happen. It seemed so strange. Such an extraordinary devotee who had done so much for Prabhupada and seemingly still had a number of years before him to do more, suddenly torn away from us by this stupid virus, of all things.

But then I remembered that Krishna has His plan, and that plan takes precedence over all others. Srila Prabhupada said, “I have my plan, and you have your plan, but Krishna has His plan.” We all know which of those plans is going to take precedence. Sometimes it is beyond our ability to understand why Krishna does some things, but we must keep the faith that it is always for the best, one way or the other.

At the beginning of a class Srila Prabhupada gave on Bhagavad Gita Chapter 12, verses 13 and 14 he says: “So this Krishna consciousness movement means how to become dear to Krishna: ‘How Krishna will love me.’”

Because Krishna loves. He loves those who serve Him and give their lives to please Him. And when someone has served Him and pleased Him in that way for many years, Krishna feels he cannot live without the association of such a devotee, and He takes the devotee to Him. I feel this has happened with Bhakti Caru Maharaja.

What an exceptional devotee. What an exceptionally kind and loving devotee. There are many wonderful devotees in Srila Prabhupada’s ISKCON, but among them Bhakti Caru Maharaja was one of the most, most sublime. I knew him from the mid-1980’s when he came to South Africa at my request, and immediately I saw that here is a Vaisnava with a heart of gold. A gentle and affectionate devotee who simply exudes love for Srila Prabhupada, and gave that love to all he met, including myself.

Over the years we spent so much time together, and never once was he ever anything other than extremely kind to me. Many times he invited me for lunch, which he would cook and serve himself. Many times I heard him give wonderful classes and lead amazing kirtanas and bhajanas. Many times I heard him preach to devotees who were having difficulty getting on together, and get them to put aside their differences and come together at Srila Prabhupada’s lotus feet.

It feels like part of my heart has departed today.

But we are all going to be together, eternally. Srila Prabhupada said that we will have another ISKCON in the spiritual world. One of the foundational concepts in Krishna consciousness that the relationship between the spiritual master and the disciples is eternal. So if you all keep engaged in your Guru Maharaja’s service in ISKCON, you will feel his presence in your life, and as has happened with Srila Prabhupada’s disciples who have continued in his service, you will find your pain in having lost your spiritual master will subside. You will become more and more inspired in your Guru Maharaja’s service, and become spiritually stronger as this happens. You will find that service in separation is actually the most blissful form of devotional service, contradicting material ideas of relationship.

As Srila Prabhupada said once: “I thank you very much for your feelings about me, but you should know that you are always with me. Because you are sincere servitor of Krishna and following my direction sincerely, so you are always with me.” Another time a devotee asked Srila Prabhupada: “Prabhupäda, will you be our father eternally? Will you always be our spiritual master, eternally?” Jokingly, Prabhupäda said, “Yes, I think so.” Then he quoted a verse, cakhudäna dilo yei janme janme prabhu sei, but he said, “janme janme pétä sei. The one who has opened my eyes-he is my father life after life.”

Perhaps right now that may be difficult to digest, but please know that it is true, and through devotional service it will be realized.

Also please know that we, the Godbrothers and Godsisters of Bhakti Caru Maharaja are at your service. We will do anything we can to help you deal with this great challenge. We have been there, through the disappearance of Srila Prabhupada, and we have survived to become completely happy in his service in separation.

So please call on us. We are ready to do our best to help.

Your humble servant, in the service of Bhakti Caru Maharaja and Srila Prabhupada,