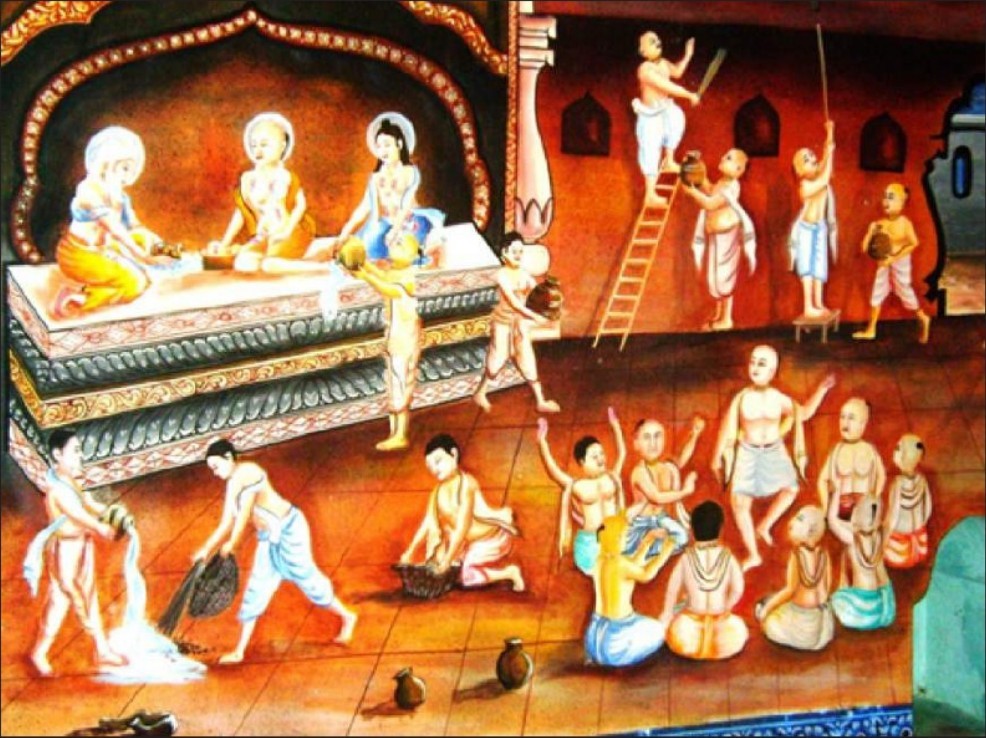 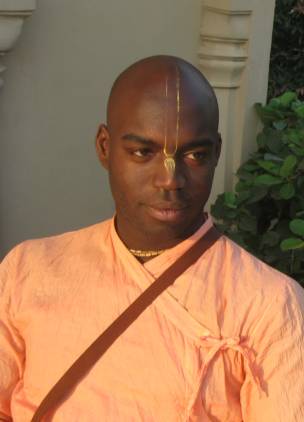 As a child I often heard my mother say cleanliness is next to Godliness; in fact I heard it everyday almost. We were kids, there was dirt around, sand castles to make, cops and robbers to play, sweat to sweat, and clothes to get dirty. Especially my brother who played soccer like drinking water. Mommy could smell the dirt from miles away. She would tell us that guest could come at anytime, and worse thing is to have a dirty house when there’s a guest around. OK, kids we were; kids rooms become space ships today, war zones tomorrow, and every now and then we’d give it a thorough clean up when something precious went missing- GI Joe, that race car you got for Christmas, a cool shirt lost in the rubble. I wasn’t the only kid on the block with a clean freak mom; and as I grew up and traveled the world, I met more of them everywhere.

When I joined the Hare Krsna movement was when I began to understand how cleanliness is not just next to, but is Godliness. First week in the asram we learned that two important things that maintained a brahmanical lifestyle are cleanliness and punctuality. And Srila Prabhupada wanted that for all his followers. So my first thoughts were that (a). these people have standards, and (b) my mom won’t mind me living with them when she sees how clean and timely they are. We’re advised to clean the heart so that Krsna can come and live in there. In fact Lord Caitanya’s advertises the Hare Krsna mantra as ceto darpana marjanam- the best way to clean the heart. Srila Prabhupada even tells us in letter that Krsna will not like an offering if its from a not clean kitchen. When a place is clean, the mind somewhat lets you off the hook and doesn’t give much trouble.

Lately, as I try to improve my service of making new devotees, I zero in on what standards a young man or woman has that they can bring to the movement. Good educational back ground is nice, but it doesn’t quite hit the spot for me. Often the young people I meet from prestigious educational backgrounds only have that to show for themselves. Although, if you did meet their families, you’d find that their parents have personal standards. But society nowadays means do and be exactly the opposite of what your parents taught you. Unless if you come from some right wing religious background and the threat of fire and brimstone moves you to moral duties . Just a generalization here, not every college student I meet is like that. Or, more often than the educated guy, we meet someone who “looks” open minded- carefree long hair, corduroy pants, that look on his face that says “anything goes”; or that look in the eyes that says “ I got high in 1962 and I’m still feeling it”.

Then you find out how dense or puffed up or just straight up strange they are- from all the intakes of who knows, and so they don’t cut it either. But if you happen to be a pure devotee of Krsna you can transform any of the above mentioned and more unmentioned into a spotless lotus. History shows that too.

As far as I’m concerned, pure devotional service is ways away, so I try to seek people with what I call common sense. Exhibit number one…

Meet Chris, young student at University of Lots of partying and football playing. Chris wants to change the world and make it a better place for you and for me and the entire human race (Michael Jackson moment there). I started a Thursday pizza program at our center close to said university and Chris came for every one of the programs. There was also Andres, Kelly, Griff (another cool and common senser). Other people should be mentioned here as well but this is a short article. So, after a few Thursdays, having notice that Chris would always go into the Kitchen with Griff and Kelly and crew, I decided to thank him for his help. “Well Kesh, it’s only common sense, man. You feed me every Thursday, plus the good vibes and chanting and stuff; least I can do is clean the kitchen and temple room.” BINGO!

Here, in my opinion is someone I can learn from, and someone I can see as a future Spiritual leader. Does the needful, has a personal goal and ideal, and is educated. So if it wasn’t for such Chris Kellys Andres, Griffs, Jaya Radhes, Nilas, Kps, Gouras and others who helped, I think the pizza program would have flopped.

So to keep this short as I intended, next time you meet a young guy or girl who likes to help out around the house, who can either lead a project or follow a leader, who’s just straight up a nice person; encourage them in the principles of Krsna consciousness. Pray to Krsna while you’re talking to them,so that the message of Godhead may transmit properly. Common sense is super rare these days- some say he even died. And from those above mentioned people I have learned quite a bit and hope to learn more. Learned circles are needed, but don’t let them sit too long in discussion and let the milk boil over. Lazies and crazies won’t even put the milk on to boil. And last but not least. Look around at your own Krsna conscious environment and ask yourself :

1.Will my mom be happy with the standards if she came to visit?

2.Will I send my child to live in this environment?

3.If Srila Prabhupada were to walk into my room, temple room, kitchen or anywhere around his establishment, will he be pleased?

Lets start with these simple human values and then add eternal values as time goes by :)

Best of all, use what mama taught you, for Krsna.