Bandung is a small island in Indonesia. The annual ‘Light Festival’ commemorates the anniversary of Bandung city. This year the festival fell on the 8th of November. The festival includes a parade throughout the island with a variety of acts and performances. Many departments under Bandung’s Government participated. Taking advantage of this golden opportunity, devotees organized a grand Ratha Yatra festival and joined the parade. They were granted permission from the Government. 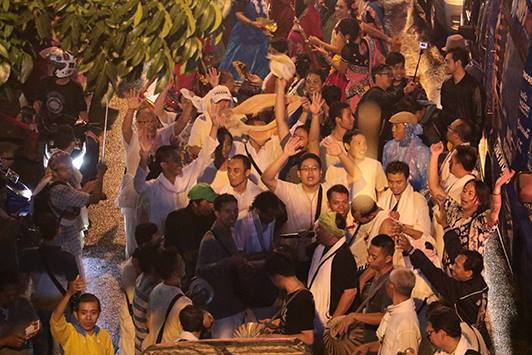