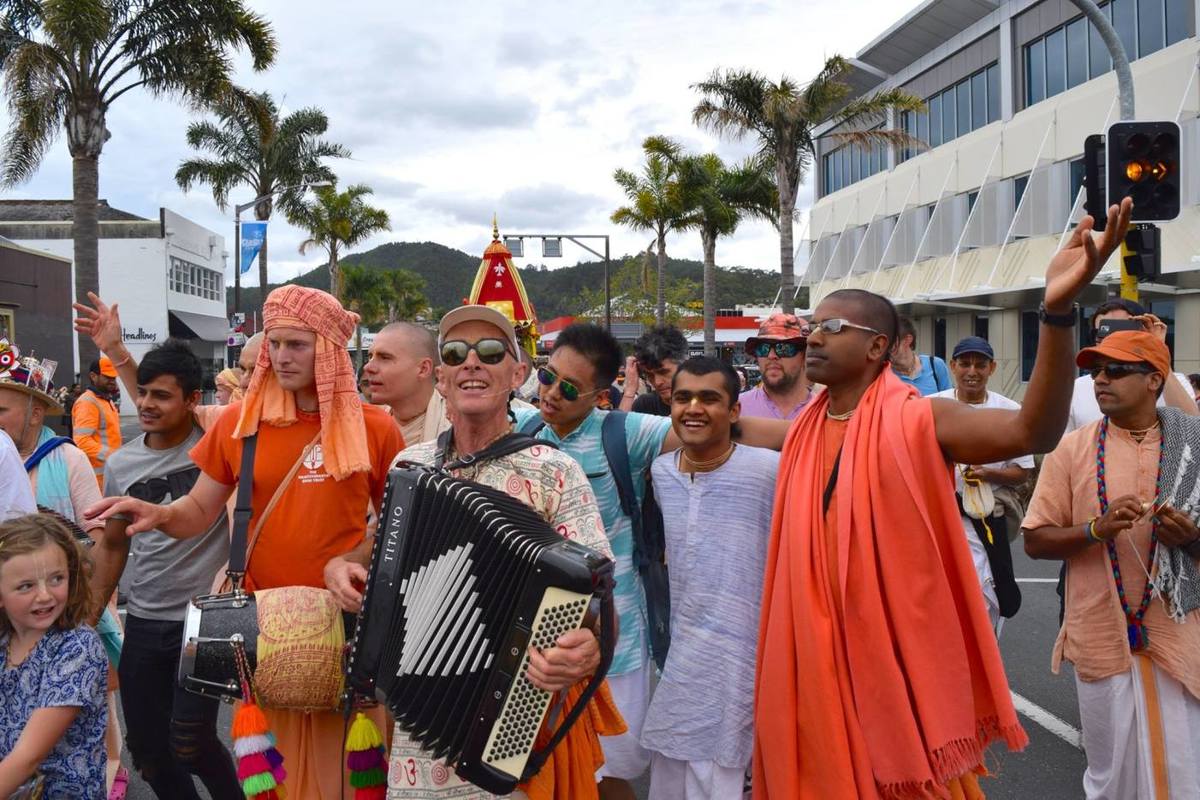 Srila Prabhupada: During several morning walks Srila Prabhupada had described how various problems of the world could be solved by the application of Krsna consciousness. He said that Bhagavan should write a book about it. Devotees like Yogesvara and Hari-vilasa had entered into the spirit of Prabhupada’s talk and introduced different world problems for Prabhupada to comment upon. On the topic of international terrorism, Prabhupada said that people should not expect to do away with terrorism as long as the vast majority of human beings were behaving as animals. If one ferocious beast fights with another in the jungle, he said, we should not be surprised. Similarly, as long as humanity lived as animals, without knowledge of self-realization, then we could not expect an end to terroristic violence. On the subject of divorce, Srila Prabhupada humorously remarked, “Don’t get married. Remain brahmacari. That is the solution.” From “Living with the Scrptures” by SDG