JIVA GOSWAMI , the nephew and disciple of Srila Rupa Gosvami was one of the six Goswamis of Vrindavana. After the disappearance of Rupa Goswami and Sanatana Goswami he became the leading acharya for the Vaishnava community. He was the greatest and most prolific scholar of his time. He composed half a million Sanskrit verses about the science of devotion. (Sri Caitanya- caritamrta, Adi-Lila 1O.85.} 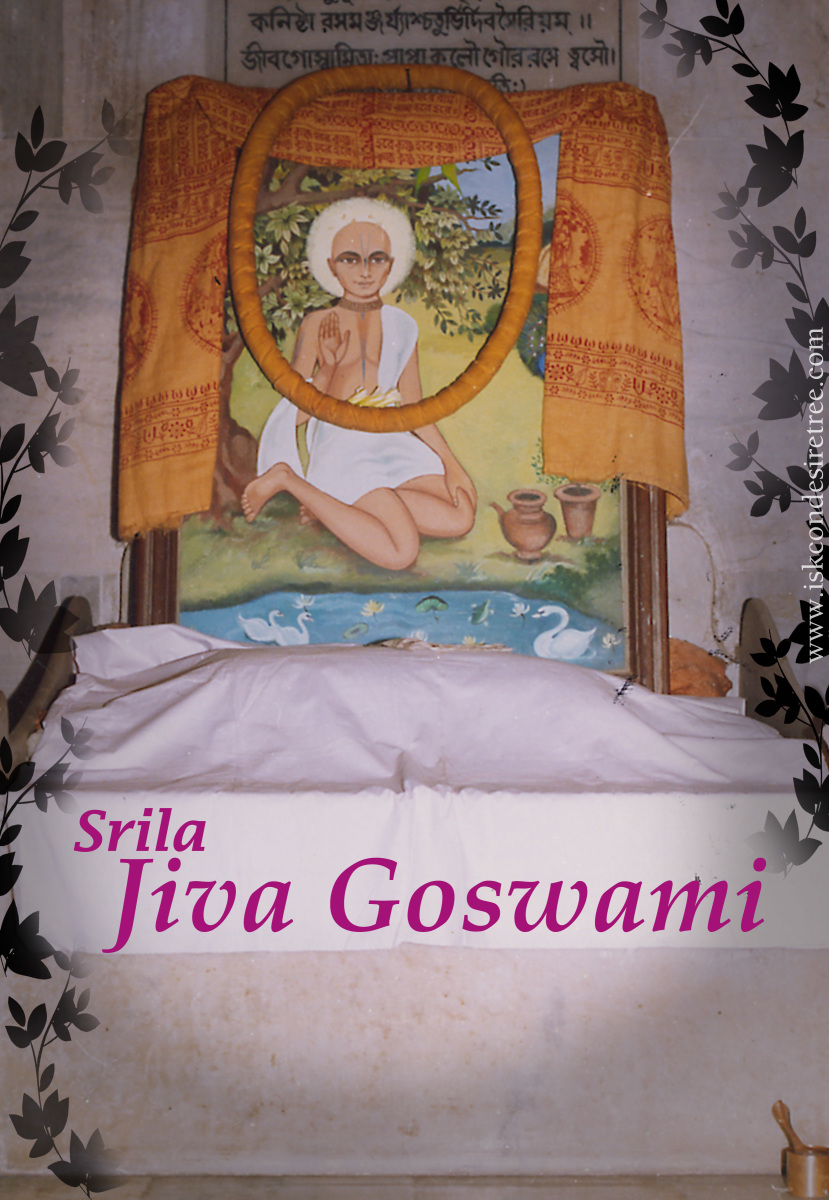