With a pure desire in their heart to spread Lord Sri Chaitanya’s message to one and all, Aligarh devotees worked day in and day out on the land donated my by Dr. Maheshwar Pratap Varshney.

Dr. Varshney, an ardent follower of the Bhagwad Gita, donated 4 acres of land to ISKCON because he had firm faith on ISKCON for spreading Lord Sri Hari’s ‘Gita’, Bhagwad Gita.

The preparations started for the event started three days before it where the members of IYF-C2C distributed invitations in all parts of Aligarh by performing Nagar Kirtan’s in various places, markets and localities. A beautiful house programme was also organised by Mr. Kalyan Singh, who happens to be the Governor Rajasthan and Himachal pradesh. The previous night of the programme, disciples of HH Kratu Maharaj themselves dug the land for Lord Ananta Shesha to rest in it.

The presence of HH Navyogendra Swami Maharaj, HH Gopal Krishna Goswami Maharaj and HG Devakinandan Das made the whole environment divine who then installed Ananta Shesha in the ground followed by gau daan.

All the divine personalities including Dr. Varshney and Mr Kalyan Singh expressed their feelings about the temple and ISKCON’s philosophy which encouraged a large number of people to give some amount of their earnings to the temple.

A sumptuous prasadam and Vaishnava songs by the youngsters winded up the day in absolute bliss and satisfaction. 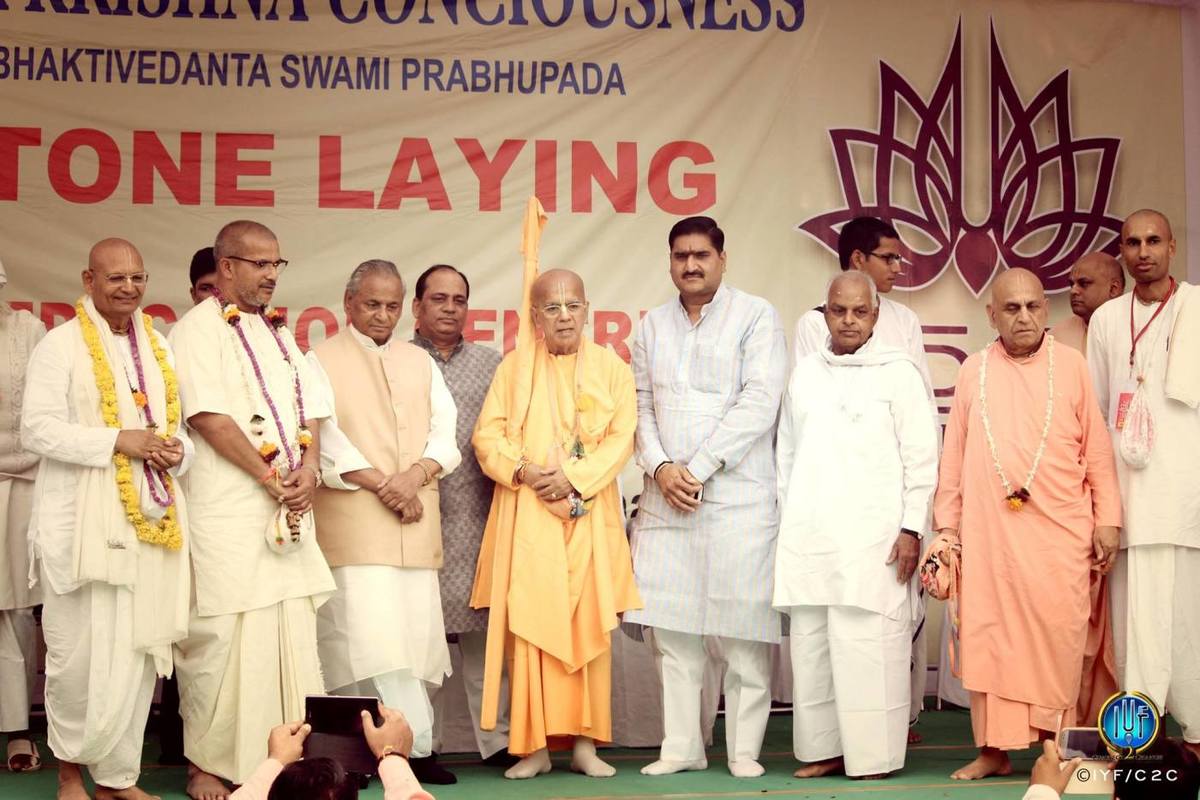