Radhika Devi Dasi: On the 11th December 2015, Friday evening about 15 devotees went to Taman Kinrara for Gita carolling. This was to commemorate Gita Jeyanti on the 21st December 2015.

The devotees went house to house to read a Gita sloka and its translation to the people there. The devotees divided themselves into several groups to cover the 40 houses. In every house the devotees read the Sloka in Sanskrit, followed by the translation, gave a brief description about the sloka. 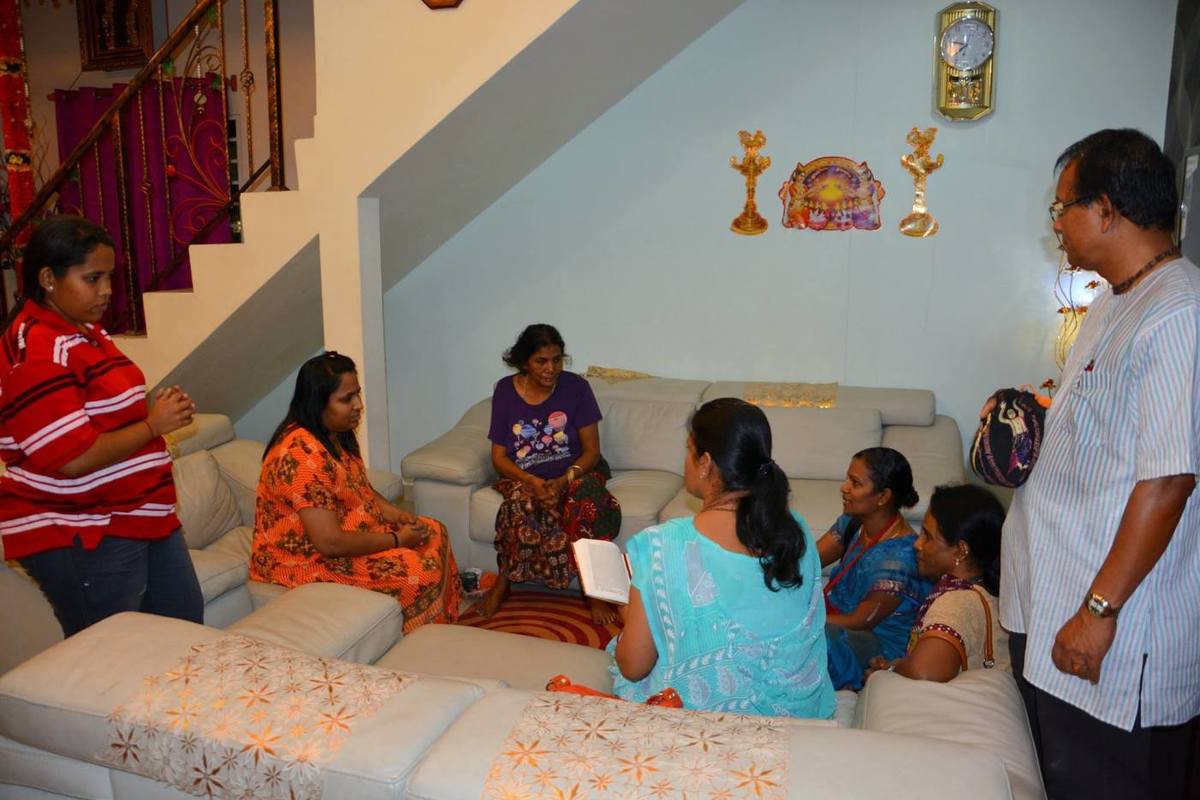