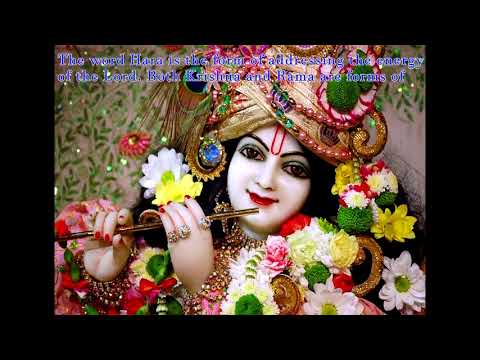 me on Harinam.jpg  I'm a disciple since 1972 of His Divine Grace A.C. Bhaktivedanta Swami Prabhupada. On my first meeting with Srila Prabhupada, he told me, "Disciple means 'instrument' in the hands of the spiritual master." Although I struggled for many years, now I pray to Srila Prabhupada every day to use me as his instrument for whatever he wants, and sometimes he does. Harinama Sankirtana, the chanting of the Holy Name of Krsna, gives me life, and I do it with other devotees as much as possible. Currently, I'm working at becoming self-sufficient which SP said is 'the first necessity because it is God's plan". He also called Daivi Varnasrama dharma the second half of his movement, so I trying to do that for him as well as preaching vigorouly as he did by spreading Krsna's holy name and distributing his books.

Anything for devotees, but MAKE a YouTube VIDEO in which Srila Prabhupada explains the chanting of Hare Krsna with the ADDED FEATURE of SUBTITLES so more devotees and people can understand his words. Also, I can help link people with Srila Prabhupada and his other followers, sadhu satsanga.