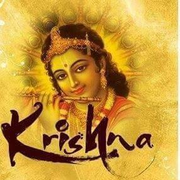 "HAREKRISHNA.....
DID YOU GOT ANY OBSTACLE WHEN YOU ENTER TO THIS MOVEMENT EITHER FROM FAMILY OR FROM SOCIETY?"

"thank you for bright wishes"

"thank you so much for bright wishes "

I WANT PROPER GUIDANCE FOR DEVELOPING SPIRITUAL KNOWLEDGE AND CONTACT WITH DEVOTEE /SADHUSANGHA... AND HOW I CAN SERVE TO GOD PROPERLY.