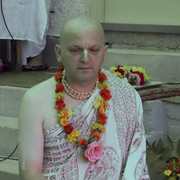 "Hare Krisna!
Now, thats a beautiful story! I wish you every luck on your spiritual path, and I pray to Sri Krisna to give you every assistance.
Please accept my humble obeisances.
Ferdo" 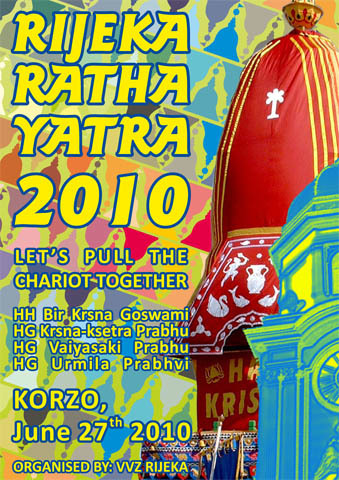 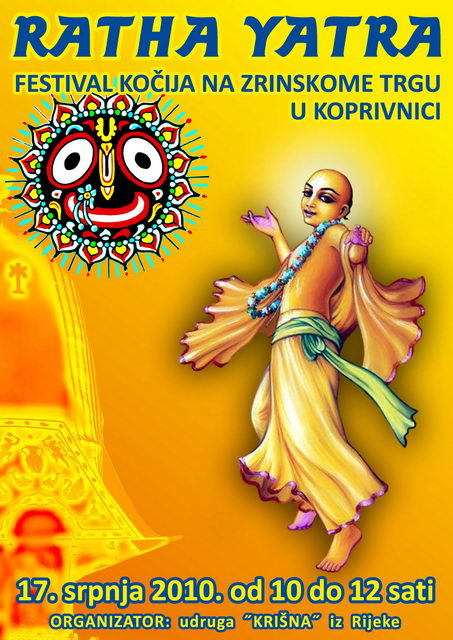 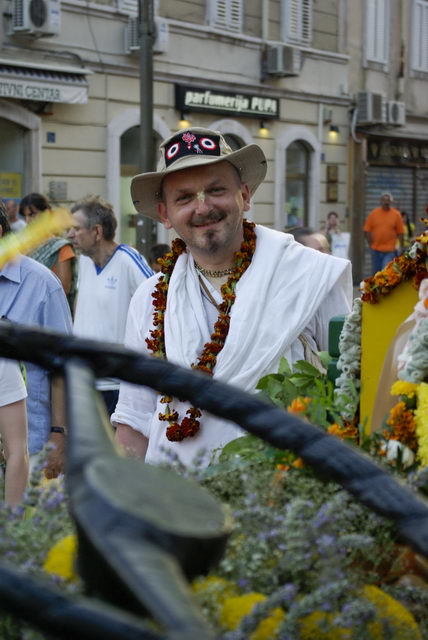 I'm a graphic designer from Croatia. In the youth I have been a bit of a rolling stone, although I have never been aggressive or law breaking guy. I have been sniffing around for mysticism and spirituality all of my life at least on a theoretical level, I never had guts to plunge into it, I was just reading, observing and speculating. That's until a few years back, when my long time girlfriend broke up with me, and I saw myself rushing down the depression slippery slope. I knew I had to do something fast and remembered a friend which tried for a long time to get me involved with American native shamanism. I got in, and had beautiful experiences with that for four years. In the meantime I got acquainted with some devotees and found their philosophy in accordance with spirituality of American native people. I found vaisnava sadhana to increase the results of American native dances. That is until I met H.H. Sacinandana Swami who's instructed me to decide for only one process because one can't dig two wells at he same time as deep as if one was digging only one well. I rebelled thinking I didn't need to decide, the two processes were compatible. But I realized it was already decided for me, and I only could comply. :o) So, here I am, a vaisnava, quite happy with MY OWN decision. ;o) I am a foster parent to my nephew (13), so I'm tied up in my own country without the possibility of moving abroad for at least next five years. I have never been married and I don't have any other children of mine. I'm a part of our community's harinam team, I am trying to learn mrindanga and Harmonium - time permitting :o). My other service is occasional child care during Sunday feasts, cleaning the Preaching centre