Like 48
Tweet
For Disciples and Well wishers of Jayapataka Swami, This page provides with general updates of HH Jayapataka Swami and qoutes from Jayapataka Swami's Lectures.
171 Members
"The new favorable contacts we make are like an uncut diamond. It is valuable, but its true value only becomes realized when it is cut and polished.

That process is like the cultivation of the new people and building the relationships with them. Finally when the gem is fully cut and polished it becomes so Valuable.

That is when the devotees are more fully developed in their Krishna Consciousness and ready to take up temple service or serve in a Nama Hatta Bhakti Vrksa group (cell)."

First Previous of 4 Next
This reply was deleted.
E-mail me when people leave their comments –
Follow 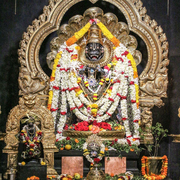 My dear devotees,Please accept my blessings. All glories to Srila Prabhupada.Camp: Bombay, ISKCONDecember is the month Lord Krsna spoke the Bhagavad Gita on a sacred Ekadashi. It is also the time when ISKCON celebrates their annual book marathon and everyone concentrates on distributing books as the Brhat Mrdanga or Greater Mrdanga. The idea is that kirtan, represented by the playing of Mrdanga drums, can be heard for some hundreds of meters or a kilometer or less. But through the printing of…

Homage to HH Jayapataka Swami Maharajaby HH Bhakti Charu Swami Guru Maharaja I was very fortunate to have a long and intimate association with His Holiness Jayapataka Swami Maharaja since I joined ISKCON. Undoubtedly he is one of the most exemplary leaders of ISKCON today. With the sincerity he is serving Srila Prabhupada is extremely praiseworthy. As a matter of fact ever since he met Srila Prabhupda he offered himself completely to his service and the way he is serving him till today is a…

Dear devotees, Please accept my humble obeisances. All glories to Sri Guru and Gauranga!All glories to Srila Prabhupada! I heard a lecture recording by His Holiness Jayapataka Maharaja.  During the question and answer session, a devotee asked why we chant japa with the middle finger.   Maharaja replied that he had been doing some research into this issue for a book, and had found a scriptural reference for this that is as follows: By chanting with the first finger you can curse someone. By… 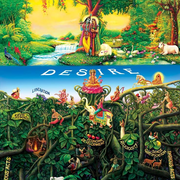 HH Jayapataka Swami is an eternal associate of Lord Chaitanya.

For Circulation amongst God brothers & aspiring disciples & well wishers,I have always heard devotees saying that Srila Prabhupada had mentioned something about the divinity of our beloved Guru Maharaja as an eternal associate of Lord Chaitanya. I had searched through the vedabase and other sources but could not find any quote to this effect. But once I chanced upon one of the transcribed lectures that he gave in Chowpatty during 2010 Damodar Month inauguration program. I got what I was looking…