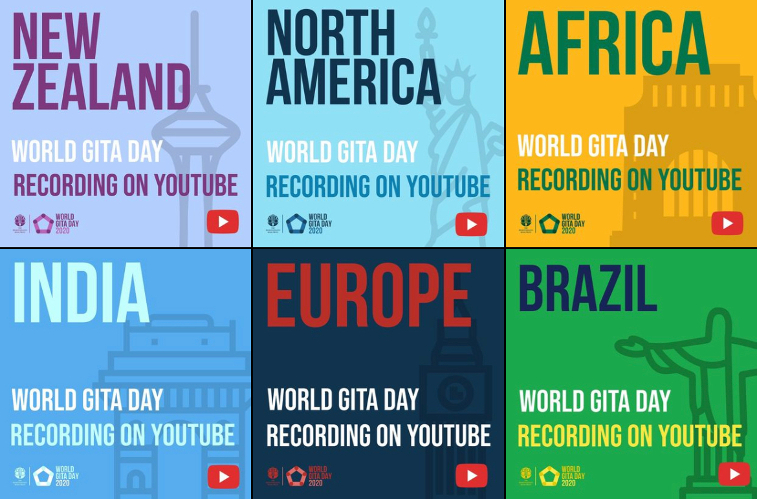 This year the Bhaktivedanta Book Trust, organized their second annual  World Gita Day celebration on the 18th and 19th of December. The goal of World Gita Day was to make the knowledge of the Gita more accessible, to bring in people from all over the world who appreciate the Bhagavad Gita together.

World Gita Day is part of the Live to Give campaign that the BBT organizes annually around the world as a One World Team working together.