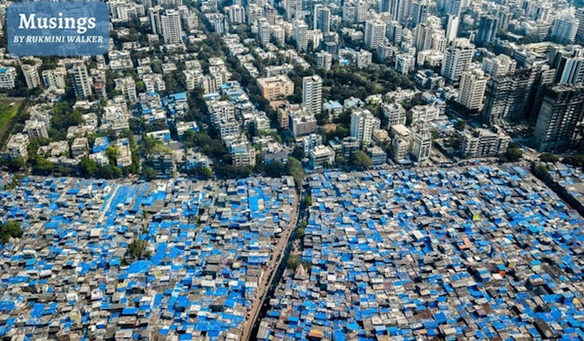 When we think of wealth and poverty so much seems to hinge on whether we live in a mentality of scarcity; or a consciousness of abundance, that there is enough in the world for everyone.

Is there some kind of Super Consciousness out there that is (or perhaps, Who is…) keeping track? Or calculating whether I’m consuming too much energy, taking up too much space, hoarding possessions or property, or perhaps even eating too much ice cream?

Does it really matter? If I come by what I have honestly, if I’m not stealing the possessions I’ve acquired, if I’m not harming anyone by enjoying the things I have, does it really matter if I live in a bigger house than someone else, or drive a more expensive car, or take lavish holidays, or eat what I please?

There’s another saying that’s often attributed to Gandhi, but was actually spoken by an American woman saint named St. Elizabeth Seton. She said that we should live simply, so that others may simply live.

There seems to be a resonance between those who try to face inward both from the East and the West.

Those who try to live a more conscious life, feel an interconnectivity, and connection between our individual lives and the lives of others in the world.

Is it possible to create more universal harmony by our conscious proactive efforts to take less, and give more? Can we even gain some innate satisfaction by just trying to live more simply in gratitude, and endeavoring to live with less greed and accumulation?

We read so much about the earth’s ecological imbalance due to too much drilling of oil, irresponsible water use and over-production by various industries. We’ve seen during this Covid pandemic that when factories shut down for some time, the air quality in polluted cities became clear for awhile, and previously unseen wildlife and plant life began to roam freely and grow lavishly once again just by a slight reduction of our human footprint.