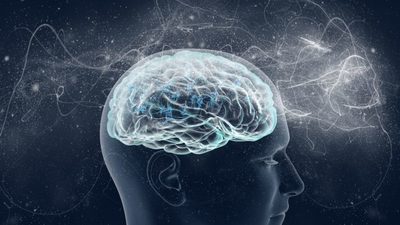 “A sleeping person imagines an alternative reality for himself and, seeing himself as having various names and forms, forgets his waking identity, which is distinct from the dream. Similarly, the senses of one whose consciousness is bewildered by illusion perceive only the names and forms of material objects. Thus such a person loses his memory and cannot know You.”
-Bhag. 10.84.24-25
These two beautiful passages from the Bhagavatam were the topic of our discussion this morning as our small group of monks now normally do on Wednesdays. It’s an interactive session for one hour. In other words everyone gives a class, each revealing some realization from the morning’s verse or verses.
Today’s session was profound, the topic about dreams and how they are an illusory state. The world in which we live also bears the same status.  There is little reality in this world, however pleasant it can sometimes be.
My evening walk was through the Annex, a family-oriented neighborhood. Parks are full now with groups of people—most likely not speaking from the platform of the Bhagavatam—but nevertheless, communicating on a more amiable level, something which is becoming a new reality. Some guys were having a serious game of baseball. In general physical realities can be considered truth, however, they are temporary truths and are, therefore, dreams played out. Dreams can be fun but are short-lived.  Hence, we can strive for that which is more grounding.
Video: Click here
Source: http://thewalkingmonk.blogspot.com/2020/05/wednesday-may-27-2020.html
Tags: bhaktimarga swami, blogs, blogger, the walking monk
E-mail me when people leave their comments –
Follow