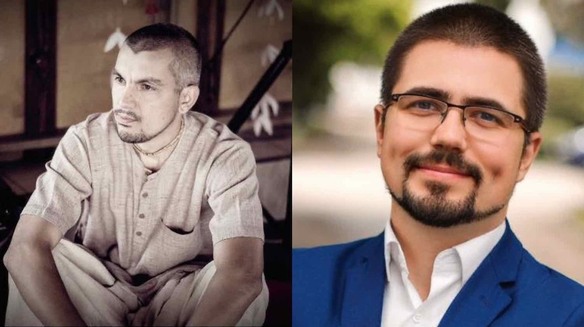 On July 16, two Food For Life devotees in Alchevsk (Donbass) — Krsna-tattva Prabhu, director of the program, and Madana-gopal Prabhu — were killed in a missile strike that hit the Food For Life kitchen. They had just returned from prasadam distribution to the FFL base when a missile attack destroyed the building, and they were buried under the rubble. Another devotee, Arjuna Prabhu was injured and has been taken to hospital.

The Donbass FFL program provided over 1000 hot prasadam meals weekly to civilians in the war-affected areas in Donbass since 2014 and increased its efforts throughout the ongoing Russia-Ukraine military conflict. They carry out charity programs in orphanages, and rehabilitation centers for people with disabilities, organize hot meals at sports and social events and help elderly and disabled people in their homes. They spread the culture of being merciful and unite everyone who wants to bring kindness and love to people.

As of today, the Food for Life in Lugansk mission has not only lost its leader, but also the building from which the mission was operating. Both devotees who passed away were also pujaris in the local temple. Krishna Tattva Prabhu was born in 1982. He joined ISKCON in 1998 and received his first initiation from Bhakti Tirtha Swami. Madan Gopal Prabhu was also born in 1982 and joined ISKCON in 2004, he was a disciple of Bhakti Vijnana Maharaja.