The picture above is of Tom and I in his library at his home in Lancaster, Pennsylvania, taken about two years ago, when he was eighty-nine years of age. Tom and I were very good friends and close colleagues. Please note the books on some of the shelves behind us: all the Līlāmṛtam volumes, the three original “Delhi” Bhāgavatams, other books by devotees, and a complete set of the Journal of Vaishnava Studies on the top shelf.

My Dear Vaishnava Sisters and Brothers:

I offer all of you my affectionate pranāmas. Jaya Śrīla Prabhupāda! 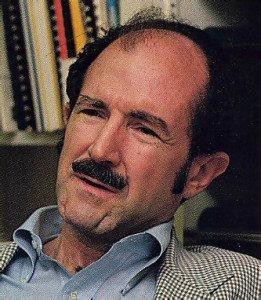 I write to inform all of you that one of the ISKCON Movement’s best friends and scholarly supporters has just passed away in the morning of Saturday, February 20, 2021. I have known Tom Hopkins for decades and he has been such a supporter of devotees and well-wisher of the Movement. He met Śrīla Prabhupāda and the early devotees in 1966 at 26 Second Avenue, and purchased his first set of Śrīla Prabhupāda’s “Delhi” Bhāgavatams at that time (those volumes are currently in my possession). At one point, Tom even arranged for Śrīla Prabhupāda to teach a course at Franklin and Marshall College, where he was a professor. In the end, Śrīla Prabhupāda declined the generous offer of Tom because Śrīla Prabhupāda was too busy establishing the ISKCON and its temple-centers.

Tom contributed his eloquent writing to many ISKCON publications, such as his article entitled, “A Vital Transition: The Molding of the Hare Krishna Movement in British India,” for the BTG Magazine (Vol. 16, No. 8). A “Preface” to one of Kuśakratha Dāsa’s works, a “Foreword” to Hari Śauri Dāsa’s book, A Transcendental Diary, another “Foreword” to Satyaraja’s fairly recent work entitled, Swamiji: An Early Disciple, Brahmananda Dāsa, Remembers His Guru, and other works.

But perhaps Tom’s most well known is his wonderful “Foreword” to the second volume of Sātsvarupa Dāsa Goswami’s wonderful biography of Śrīla Prabhupāda, entitled, “Planting the Seed,” with his famous first words: “The story you are about to read is, like many true stories, highly improbable.” He goes on to write, “What follows is a remarkable tale of faith, determination, and success beyond anyone’s expectation.” These observations that Tom makes about our Śrīla Prabhupāda are truly precious.

The obituary I just wrote for academic colleagues around the world is found below, and will give you an idea of Tom’s whole academic life. Just keep in mind that he had truly a great love for devotees, for Śrīla Prabhupāda’s ISKCON, and for the vibrant Vaishnava tradition and its rich literature.

So, my Vaishnava Sisters and Brothers, let us wish Tom well in his sojourn from this world, where his unique contributions to Śrīla Prabhupāda’s legacy will never be forgotten. Let us wish him well as he leaves this world after having given so much to the understanding of Krishna Bhakti in the intellectual world. And let us wish him well by celebrating him who offered both his mind and heart to the spread of Krishna’s love around the world.

The following is what I wrote to nearly one thousand scholars worldwide:

It is with much sadness (but also many sweet memories!) that I report to all of you that our beloved colleague and friend Tom Hopkins gently passed away this morning in his asleep at the age of ninety-one. A couple of months ago, Tom suffered a stroke, but appeared to be recovering quite steadily and well from it, so his departure today comes unexpectedly.

Tom was born on July 28th, 1930 in Champaign, Illinois. He was married to Fran (Skinner) Hopkins on December 22, 1956. Together they had four children, five grandchildren, and even four great-grandchildren. He will be very missed by all of them.

Tom’s colorful educational background can be spelled out as follows: Tom earned his B.S. in Physics in 1953, and went on to MIT earned a B.S. in Mechanical Engineering in the same year. He then went on to Yale Divinity School to earn his B.D. in Religion and Culture, and then completed the M.A. in 1959 and the Ph.D. in 1962 in Comparative Religion from Yale University Gradue School. His unpublished dissertaion is entitled, The Vaishnava Bhakti Movement in the Bhāgavata Purāṇa.

From 1961 to 1996, Tom taught in the Religious Studies Department at Franklin and Marshall College, in Lancaster, Pennsylvania, where he also served as department chair from 1974 to 1994. From 1998 to 1999, he was Director of Academic Affairs for the Oxford Centre for Hindu Studies, an independently recognized centre by Oxford University, where he acted as liaison between the Centre and various Oxford academic program, tutored two graduate students, and gave a seminar and series of lectures on Hinduism under the auspices of the Faculty of Theology of Oxford University.

His chapter, entitled, “The Social Teaching of the Bhāgavata Purāṇa,” was published in a landmark publication in the field at the time, entitled, Krishna: Myths, Rites, and Attitudes, edited by Milton Singer (published by East-West Center Press, 1966, and then in softcover edition by University of Chicago Press, 1969). Among Tom’s many publications, he is perhaps most well-known for his book, The Hindu Religious Tradition, originally published by Dickenson Publishing Co. in 1971, used in the classroom as a standard textbook by so many colleagues. During his last years of life he had practically doubled the size of the book to produce a second edition to bring his work up to date with current research. Over the past year, I have been in the process of working on Tom’s behalf to get this second edition published, and will continue to do this for him.

Many of us in the field knew him back in those days when he was a very active and vibrant participant at every annual international meeting of the American Academy of Religion (AAR). In fact, he was a member of the AAR from its very inception back in 1963, up until 1990. I myself remember him very well when I started attending the AAR 1977, and was amazed by his generosity toward budding graduate students as well as his wise counsel to accomplished scholars in the field and to the Academy as well. His personality was warm and intellectually active, and had a tempered sense of humor that was enjoyed by everyone. He was very gregarious, a good friend to so many, and just an example of the finest of humanity. And though he has been retired for well over twenty years, his contribution of mind and heart will never be forgotten and will always be remembered especially by those whose intellects and hearts he has touched.