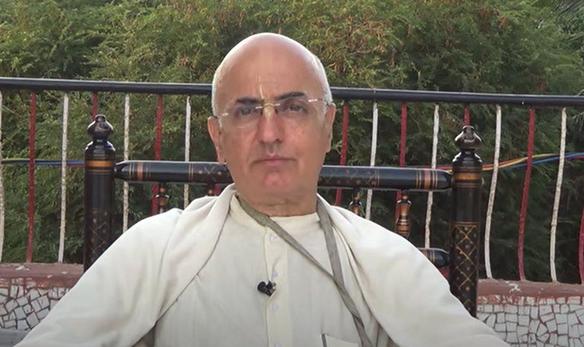 The Right to Distribute the American Dream

In 1776, when the American Dream was very new, you could expect to find out about the latest inspiration of Tom Paine, Sam Adams, or Alexander Hamilton when you walked along Main Street, stepped into the town square, or answered your doorbell.

Not that you would take wisdom for granted, but you could expect to find out about it. The first American settlers had come to get away from political and religious oppression; to search out a new land rich in freedom and God consciousness. As far back as the early 1600’s, John Winthrop and the other settlers of Jamestown and New Salem had cherished the right to dream of a free and God-conscious country and to share their dream with their neighbors:

Now the only way to avoid this shipwreck and to provide for our posterity is…to do justly, to love mercy, to walk humbly with our God. For this end…we must hold each other in brotherly affection; we must uphold a familiar commerce together in all meekness, gentleness, patience, and liberality [Winthrop’s “A Model of Christian Charity,” 1630].

To Americans it had always been natural to take in the day’s news together with “the good news,” whether from the pulpit, the pamphlet, the town crier, or the Gospel flier (or the newspaper or magazine). In his tract A Christian at His Calling (Boston, 1701), Cotton Mather had sounded a theme that Americans of every denomination and persuasion have often heard, namely, that “the good life” and the good news of God consciousness go together:

…Thus, thou art careful to do the business that must be done for the relief of thy bodily wants. It is well; do it, do it. But, thy soul, thy soul, the salvation of thy soul…this is the one thing that is needful…Wherefore, be your business never so much, yet use prayer with meditation on the Word of God, every day, both by yourselves and with your families, and this both morning and evening…And be assured, all your business will go on the better, all the day, for your being thus faithful to God.

Since Americans had long been accustomed to distributing and receiving God-conscious ideas through tracts and talks, through leaflets and lectures, naturally they continued the tradition during their hour of crisis. Thus, if you had been living in almost any town in Pennsylvania late in December of 1776, you would have seen a copy of Tom Paine’s “The American Crisis”:

… Let it be told to the future world that in the depth of winter, when nothing but hope and virtue could survive, that the city and country, alarmed at one common danger, came forth to meet and to repulse it… Throw not the burden of the day upon Providence, but “show your faith by good works,” that God may bless you…

Yes, from the very first, the American Dream had been God-conscious; the Lord had been in the ideas that Americans spoke and heard, distributed and received, And in that “depth of winter,” when the American cause seemed to be faltering, “The American Crisis” so stirred General Washington that he ordered it read to his troops.

After the American victory in the Revolutionary War, the First Congress of the United States, in its first session, passed ten constitutional amendments that Americans have come to call their Bill of Rights. The Bill of Rights’ very first article presented something that, the founding fathers seem to have felt, was of first importance in keeping the American Dream alive:

Congress shall make no law respecting an establishment of religion, or prohibiting the free exercise thereof, or abridging the freedom of speech, or of the press…

In 1866, the Thirty-ninth Congress passed the Fourteenth Amendment to insure that the States would uphold the First Amendment:

No State shall make or enforce any law which shall abridge the privileges or immunities of citizens of the United States … nor deny to any person within its jurisdiction the equal protection of the laws.

In recent years, although a different enemy has taunted America and the rest of the world with the tag line “God is dead,” the United States Supreme Court has confirmed the First and Fourteenth Amendments. Although some Americans may at first have been disgruntled, the Court has upheld the God-conscious American Dream, In Murdock v. Commonwealth of Pennsylvania (1943), Justice William O. Douglas affirmed that “hand distribution of religious tracts is an age-old form of ‘missionary evangelism,” and that “the mere fact that the religious literature is ‘sold’ by itinerant preachers rather than ‘donated’ does not transform evangelism into a commercial enterprise…It should be remembered that the pamphlets of Thomas Paine were not distributed free of charge.”

The right of freedom of speech and press has broad scope. The authors of the First Amendment knew that novel and unconventional ideas might disturb the complacent, but they chose to encourage a freedom which they believed essential if vigorous enlightenment was ever to triumph over slothful ignorance. This freedom embraces the right to distribute literature and necessarily protects the right to receive it…

In concurring, Justice Murray made a further statement; in which Justice Rutledge and Justice Douglas joined:

Thanks to these rulings, we can still expect to receive inspiration about the God-conscious American Dream on Main Street (or at the airport), in the town square (or in a local park or a school auditorium), or at the door (of our home or our car). In the last ten years, if you’ve walked along Broadway in New York or San Francisco, or passed through Los Angeles International Airport or O’Hare International Airport, or taken a course in sociology or psychology, you may have seen a copy of Srimad-Bhagavatam, by His Divine Grace A.C. Bhaktivedanta Swami Prabhupada:

Human society, at the present moment, is not in the darkness of oblivion. It has made rapid progress in the field of material comforts, education, and economic development throughout the entire world. But there is a pinprick somewhere in the social body at large, and therefore there are large-scale quarrels, even over less important issues. There is need of a clue as to how humanity can become one in peace, friendship, and prosperity with a common cause. Srimad-Bhagavatam will fill this need, for it is a cultural presentation for the respiritualization of the entire human society…

Perhaps now we can understand why Justice Murray ended his statement on Martin v. City of Struthers with these words: “Freedom of religion has a higher dignity than municipal or personal convenience. In these days free men have no loftier responsibility than the preservation of that freedom. A nation dedicated to that ideal will not suffer but will prosper in its observance.”