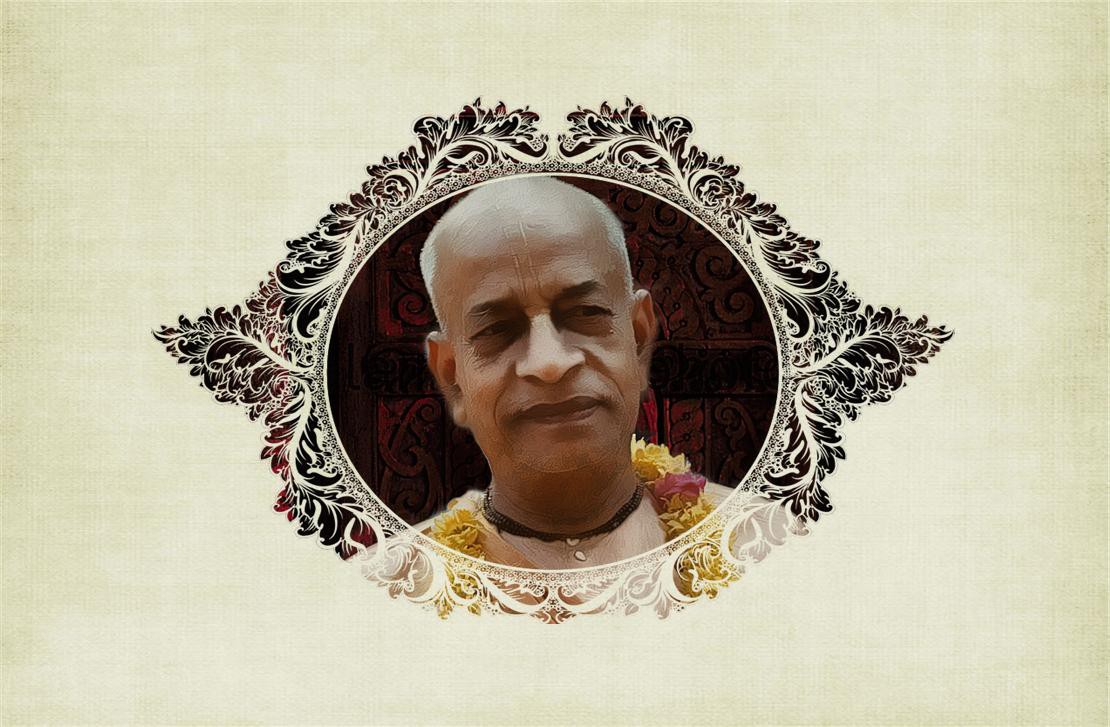 The following exchange took place after a talk by His Divine Grace A. C. Bhaktivedanta Swami Prabhupada before the World Health Organization, in Geneva, on June 6, 1974.

WHO member: Your Divine Grace, do you have any suggestions for solving the worldwide problem of food shortages?

And whatever produce they get, sometimes they dump tons of it into the ocean to keep the prices high. And I have heard here in Geneva that when there was excess milk production, some of the people wanted to slaughter twenty thousand cows just to reduce the milk production.

This is what is going on in people’s brains. Actually, they have no brains. So if they want to get some brains, they should read these authentic Vedic literatures, and they should take spiritual guidance. And that guidance is simple: produce your food – all the food the world needs – by properly utilizing the land.

But today people will not utilize the land. Rather, they have left their villages and farmlands and let themselves be drawn into the cities for producing nuts and bolts. All right, now eat nuts and bolts.

Mahatma Gandhi’s basic program was to revive the natural, God-given way of life. Simple villages and farms. This can solve India’s – and the whole world’s – food problems. But our big Pandit Nehru topsy-turvied everything. He wanted more industrialization.

Gandhi’s program was very nice: organize yourselves into small farming villages and produce your own food. Live free from cities and factories. This way, you can work only three months and still you get your produce for the whole year.

Three months’ work for the whole year’s produce. And the rest of the time, the time you save you can use for chanting Hare Krishna. Sing the Lord’s glories and develop your original God consciousness. This is our Krishna consciousness movement. Be spiritually advanced – be a human being.

Suppose that this time, this life, I am very busily constructing a big skyscraper. Next time, next life, I may have to live in that skyscraper in the body of a cat or dog, because I have developed the grossly selfish, body-centered consciousness of a cat or dog. And at that time who will care about my so-called title to the skyscraper?

These are the facts. Because nobody can change nature’s law. Nature’s law is exactly like an infectious disease – expose yourself to it, and it takes hold of you, that’s all. Karanam guna-sango ‘sya sad-asad-yoni-janmasu: one gets born into a nice or nasty situation because of his prior actions and because of nature’s inexorable reactions. This is nature’s law.

But now many people do not even believe that there is a life after death. In Moscow a big professor named Kotovsky told me, “Swamiji, after death there is nothing.” You see? He’s a big professor. And yet he has no knowledge of the soul. A big professor – just see. This kind of nonsense is going on.

So as this godless civilization drags on, by nature’s law there will be more and more problems. As predicted in the Srimad-Bhagavatam, there will be anavrishti, insufficient rain; and as a result, durbhiksha, insufficient food production. Of course, these problems have already begun.

And on the plea of providing relief from the drought and famine, the government will crush the people with excessive taxation. And consequently, acchina-dara-dravina yasyanti giri-kananam: the people will be so disturbed that they will give up their hearth and home and go to the forest. They will feel utterly harassed – by scarcity of rainfall, by scarcity of food, and by the government’s excessive taxation.

In such a predicament, how can one keep his brain in equilibrium? He will become mad. Unless we take the instruction of the scriptures, all these tragedies are guaranteed to befall us. So we should immediately take this instruction of the Bhagavad-gita (3.14) to heart:

“All living bodies subsist on food grains, which are produced from rains. And rains are produced by sacrifice.”

This is why we have introduced this movement, this chanting of the names of the Lord. This is sacrifice. And in this age of confusion, this unfortunate age, this sacrifice alone is possible. This is the remedy, the solution for all the world’s problems. But people will not take the remedy. They have got their own remedy.