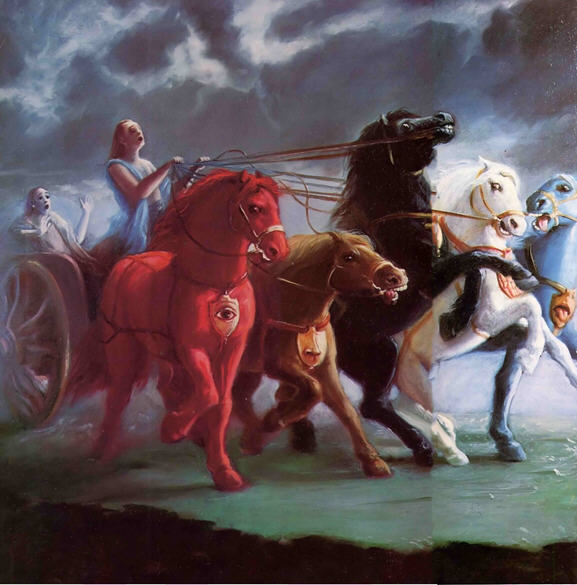 We had a book table in Hornsby, a northern suburb in Sydney. It was a cloudy day so there wasn’t much crowd. So I decided to walk around and approach people. I saw a young guy smoking and browsing through his phone.

I approached him and asked him if he was from Hornsby and caught up a conversation. He said he was working in the supermarket and it is his break time. I presented the Bhagavad Gita but he was a bit reluctant and was not showing much interest. I turned to the picture which shows the horses as senses, mind as the reins, intelligence as the driver & the soul as the helpless passenger.

I said to him, “I guess you might have thought about quitting smoking but you’re controlled by that urge to smoke. It is because you don’t know that your senses, mind and intelligence are controlling you and you are like this helpless passenger. This book teaches the subtle working of the senses, mind & intelligence so that you can get back the control from them.

He felt some connection with the picture and immediately asked, “How much is that book?”

“We just ask for donations for it, whatever you think is appropriate.” He got the mercy, a guide to freedom.

Though it was cloudy day our team of 3 devotees ended the day distributing 40 books and meeting some nice people in Hornsby.

Tags: the power of the pictures
E-mail me when people leave their comments –
Follow