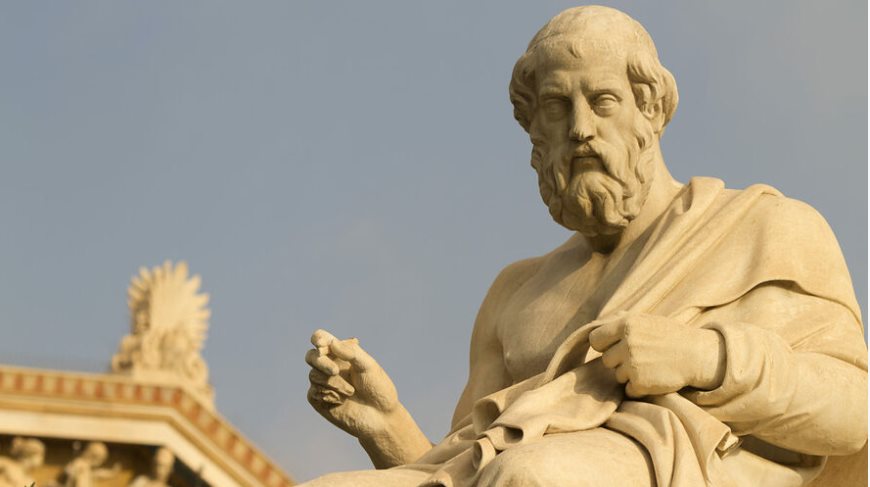 We all complain we don’t have enough time. So many schedules, so many deadlines, so many tasks to attend to, so many phone-calls to answer and make, so many demands we have to fulfill: our check-to-do lists seem inexhaustible. Absorbed in all these things, we do not notice that one of our most important resources in life–time–slips out of our fingers. This leaving us with a diffuse dissatisfaction in the back of our minds that we have no time for what matters to us.

Then a moment comes, unplanned and unasked for, when all the schedules fail, all plans are dropped or postponed for an undecided time in the future. A moment when we are left empty, without all the crutches we are accustomed to use in order to pass automatically through each of our days, just to contemplate for the first time the emptiness of our own life. A moment of awakening of consciousness to the reality of its situation. It may not be easy, but at least one has the guarantee of hitting the truth. A lot of questions start then to manifest in our minds. What shall I do now? Actually, what do I really want? In reality, who am I ? How much of what I used to do is what I truly want for myself, and how much is external, coming from an outside pressure which is alien to my own self?

We realize at that moment these questions have always been there, in our minds, but we ignored them. They were like seeds sown deep in the soil, invisible, which suddenly came out and sprouted during springtime. They grew right in front of our eyes.

Such a moment definitely appeared during the covid-19 pandemic. The imposed isolation, the lack of activities one was accustomed to, the lack of entertainment in clubs and pubs left many people in the world confused. They were faced with a striking question: without all these things, what is left for me?

Stripped of so many layers, what is left of a person?

It all comes down to the question: who am I in truth?

The ancient Greek philosopher Plato described in his myth of the cave (also known as “The allegory of the cave”) the human condition by picturing human beings in a dark cave with one single light coming through the entrance to the cave. Just that the people inside don’t look at that light: they are chained to the walls of the cave, face to the walls. All they see are the shadows reflected on those walls. They can not even see themselves but as their own shadow on the wall. This goes on up to a moment in time when their natural intelligence makes them question if this is all? Is this shadow all that is?

Then, one of them feels impelled to turn his head and see the entrance to the cave right behind them. He sees the light and himself in his real form in that light. At that moment, he wants to go to the light and to see how things are in reality, not only in their shadow representation. He feels he was bereft of so much actual knowledge and has been kept in ignorance, in darkness, in the cave.

Heavy chains were there to keep him face to the wall. He was not to see what is what, but real things altered in the shape of their shadows. He always thought those chains were unbreakable, but when he really tries, he notices it is not so hard to break them as he thought to be. As soon as one starts asking existential questions, those chains begin to give in: that was their guarded secret.

Unsure yet, with broken chains, he steps little by little into the unknown, out of the cave, to the real light.

For instance, a trauma which occurred in a person’s life will distort from that moment on the person’s thinking. In this way one is sunk in a psychological cave, in which the person is chained by the effect of the trauma to see things in only one altered way. It takes the work of a therapist to gradually make the person aware of his or her own chaines and free their understanding and thinking ability from their unconscious limitations.

Similarly, the Vedic literature advised us to free our minds from illusion. It does not say we should stop working or acting in this world, but we should not take this world as all in all, because then we would see only the shadow of the real thing. It encourages us to turn our heads to the light of knowledge, and in that light to see ourselves as we are and the world as it really is. The Vedic literature opens our eyes to what is eternal and unchangeable in us, in a changing world. To what is there when we are absorbed in the material life, oblivious to ourselves, as well as when we find ourselves without any distraction, just left alone. Face to face with our naked true self. Bhagavad-gita speaks about that spiritual spark who stays with us no matter what, never changes when the body changes and never dies when the body dies. It is the ultimate repository of our identity, the spirit soul, part and parcel of the Supreme Soul. The Absolute Truth is the spiritual whole. As a part, the soul’s only objective is to serve the whole, The Supreme Person Absolute Truth, Krishna.

So, naturally we are meant for the light of knowledge, and for the Supreme Truth, to whom we are connected through devotional service. It is only under the influence of the material world that we turn face to the wall, and accept shadows as true objects, illusion as reality.

From the external world there is a constant pressure for materialistic life. Our chains are something we ourselves have accepted and welcomed when we started to ignore that which really matters to us. We were like a person meant to lead a battle and win victory for the greater good, who instead chooses to become a hermit in the forest. This was Arjuna’s possible trap, would he not have been saved from falling in it by Krishna’s imparting knowledge and speaking Bhagavad-gita to him. Under the spell of illusion, Arjuna ignored for a moment that he was a ksatriya by quality, and what really mattered to him was to fight the right war. No other occupation would make him feel fulfilled in life, because that was the specific contribution a ksatriya was made to bring. To follow another’s path would be dangerous, Bhagavad-gita says. What will be then our position if we would allow ourselves to be completely taken by an external influence? Definitely, missing the point of our life! That, in itself, is destructive and dangerous.

On the other hand, when we start going towards the light of knowledge, we begin to see ourselves and also the chains we are bound by, clearly in the light. We will understand the nature of our chains by means of higher knowledge. We will see how we took the superficial as important and bound ourselves. We will see the material world as Krishna’s inferior energy, which belongs to Him, and is meant to be engaged in His service. Even if we are not perfect, if we are aware of the essence of things, we may ask ourselves if whatever we strive for is something we really need, or just an external influence? We may give more of our time to what is important. Maybe one of the first results will be that our feelings of fulfillment in life will take hold in our hearts.

The man coming out of the dark cave may first feel blinded by the powerful light of the day. Nevertheless, if he waits a little longer, the twilight comes, and later the light of the stars and the moon. At that softer, silver light he may start to gradually understand the real world. Now it is not a mere shadow, but part of the true thing. At a certain point, he feels what is seen at the light of the moon is not enough. He starts waiting in anticipation for the dawn and the increasing light that will reveal more and more to him. As he advances in knowledge of the truth, he will start feeling a natural compassion for his peers left behind in the cave. He will feel the need to share with them his experience and how it enriched his life. He will want to connect with them again and pass to them some of the gifts of his new understanding. He will wish to use all of his abilities to make them grasp it too. For that, he will have to go back to the cave. He will have to speak his newfound truth to others, while living in the cave.

The covid-19 pandemic touched us all in different ways. It was a life-threatening situation that shook some of our vision of reality, and revealed to us a new face of things. Like the chains in Plato’s myth of the cave, we thought our world and way of life to be unbreakable, and they proved to be much more vulnerable than we imagined. The illusion of perfect invulnerability was defeated.

Just that, broken chains are an opportunity, not a loss. It is an opportunity to reconnect with ourselves, to reconsider our priorities in life, to better balance our material life with spiritual life. In order to keep this equilibrium, we have to judge for ourselves. It is also an opportunity to find new resources in us to impart spiritual knowledge to others.

The way we spend our time says a lot about who we are. The emphasis we put in one activity or another causes us to advance or to stagnate. For that we need proper discrimination: to not allow ourselves to be fooled by the illusion meant to enslave us. Not to lose the right balance and be drawn more and more on one side, towards a materialistic vision.

If Plato’s myth of the cave is a European myth of the western world, it is an adaptation of the ancient Vedic transcendental wisdom about reality and the illusion of reality. Also of how we can become truly happy by dovetailing ourselves to the ultimate reality, the Absolute Truth.

Tags: the illusion of reality
E-mail me when people leave their comments –
Follow