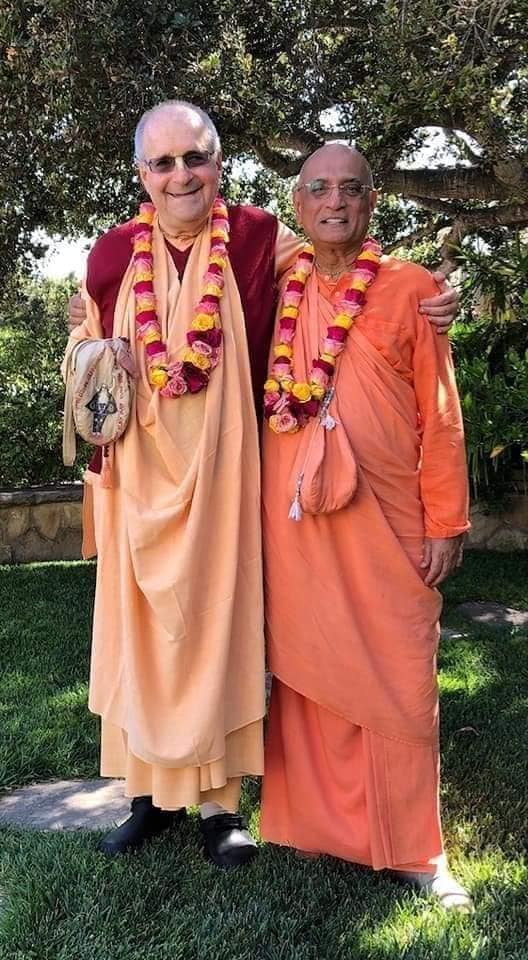 One of Sripada Bhakti Charu Swami Maharaja’s most prominent qualities is his deep love for Srila Prabhupada. Very soon after Maharaja met Srila Prabhupada, Prabhupada included him in his personal staff and made him his secretary for Bengali and Hindi correspondence. Soon thereafter, Srila Prabhupada gave him first and second initiation and then sannyasa. And Maharaja personally served Srila Prabhupada throughout Prabhupada’s last days.

If we listen carefully to all of Maharaja’s instructions, we can understand how closely he follows the disciplic succession. Some of his statements are very close to Srila Prabhupada’s words, and some take the basic principles that Srila Prabhupada gave and sweeten them with personal realization.

Another of the many fine qualities exemplified by His Holiness Bhakti Charu Swami is his offenselessness. He is very careful not to commit any offense against any devotee, or any living entity, and if he feels he has committed an offense, he immediately tries to mitigate the effects by approaching the person, apologizing, and asking forgiveness. Somehow or other he tries to rectify the offense. From our point of view, we wouldn’t think he has committed an offense, but within his pure heart he may feel that he has, and immediately he will try to approach and please the person he fears he has offended, to remove the effects of the offense.

As stated by Lord Krishna in the Bhagavad-gita (12.13–14), “One who is not envious but is a kind friend to all living entities, who does not think himself a proprietor and is free from false ego, who is equal in both happiness and distress, who is tolerant, always satisfied, self-controlled, and engaged in devotional service with determination, his mind and intelligence fixed on Me—such a devotee of Mine is very dear to Me.”

Tags: the heart of a vaishnava, vyasa-puja, bhakti charu swami
E-mail me when people leave their comments –
Follow