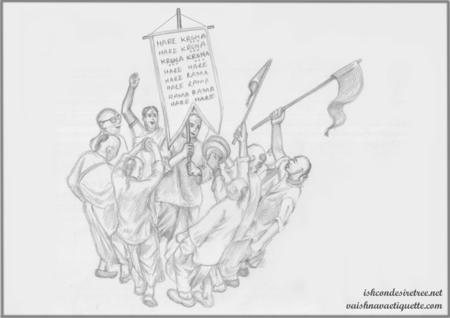 Since the next day I would return to Johannesburg from Dar es Salaa, which is on the east coast of Africa, I decided to take a walk along the beach. I told the taxi driver where I wanted to go, and he said he knew where it was and would take me there. But after he dropped me off and I had walked for some time, I realized I was far from where I had intended to be. But it was hot and I wasn't prepared to find another taxi. So I just kept walking. Soon I approached the ferryboat terminal, where hundreds of locals where walking and large crowds lined the streets, selling everything from fruit to clothing to sunglasses, and of course the fish market was bustling. Busses, motorbikes -- I was in a sea of bodies. From what I could see, I was the only mazungo (foreigner) on the street. I greeted everyone politely as I passed by, and I was greeted in turn with that warm, friendly smile that is so much a part of the culture of the East Africans in Tanzania.

While proceeding in this way I saw a group of men who waved at me as I approached, calling out "Karibu!", Swahili for "Welcome!", and "Jambo!", "Good day!" or "Hello!" As I entered among them, I raised my arms and called out, "Hare Krsna!" As I continued to chant and clap my hands, they soon understood I wanted them to chant in response. By the mercy of Guru and Gauranga, the group of four or five men began to chant, all the while clapping their hands and laughing as they began to experience the power of the Holy Name. Before long they were blissfully chanting louder and louder. The crowd grew bigger and bigger as curious onlookers joined in, and soon our spontaneous chanting party had grown from five to around twenty.

I stopped and asked if someone could translate from English into Swahili. They all looked around very excitedly. One young man put up his hand, came forward, and with great enthusiasm said to me, "Please let me help you. Yes, I can translate for you."

By this time the crowd had grown even bigger. It almost became like a Sunday feast program. Even a man in a wheelchair came to listen. I began to preach, and as my words were translated, a few at a time, everyone in the crowd would nod their heads in unison, signally their agreement. When I had finished, a few people came forward and asked questions.

Then we all began to loudly chant Hare Krsna. After a few minutes I told the crowd to follow me, and by the mercy of Guru and Gauranga we had a large harinam party that had begun with five people and now had swelled to at least thirty. All along the roadside people looked on in amazement as a group of locals from Dar es Salaam, many for the first time, chanted the holy name of the Lord in ecstasy.

As I got into the taxi preparing to depart, the crowd gathered around the vehicle and indicated that they wanted me to stay. I told them that I would like to but that I had to go deliver a book to a man who would be very happy to receive it. As the taxi drove off, the crowd ran alongside, waving and chanting "Hare Krsna!"

The memory of those special souls in the hot sun of Dar es Salaam will always be with me. How wonderful it is that by the mercy and blessings of Lord Sri Caitanya Mahaprabhu they had the opportunity to engage in devotional service!

All glories to those special souls who got a chance to chant the holy name in Dar es Salaam! Srila Prabhupada ki jay!

Yours in the service of Lord Sri Krsna and His devotees,
Madhumangala Dasa