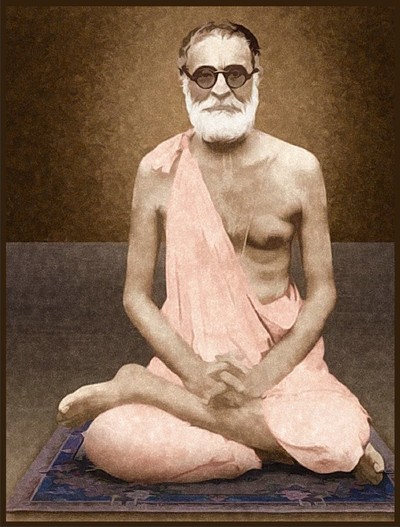 In his last days for some time he told us his heart was damaged and then some sort of treatment, by a Kaviraji and other party that was arranged. But gradually he became weaker and weaker. Then October of ’36 he went to Puri along with some of us to Purusottama Math on the Catak Parvat. There is one sandhill, hillock there and he lived there in his bungalow and so many of us also went with him.

He was very fond of hearing that sloka of Dasa Goswami, nijane katim vasam . . . Every day that was sung before him, that and sri-rupa-manjari pada se mora sampada. This song was sung by Yajavara Maharaja. And then after a month he came back to Calcutta. Then we left with a party for Kataka for some collection. But then we got information that his health was breaking down day by day. So we came to Calcutta. Then while coming back to Calcutta we found that it was a very stingy winter and treatment was going on. In spite of that, his health did not improve. We performed our duty at his sickbed. I was also among them. My duty was from two o’clock at night to four o’clock morning, and just twenty-four hours before his departure he called for me and asked me to sing a song, sri rupa manjari pada se mora sampada, this famous song which is supposed to be the highest realization of any Gaudiya Vaishnava devotee.

Then after twenty-four hours—the 1st of January— early in morning he left the world. He was lying and slight jerking, thrice, like hiccup, slight hiccup thrice, and everything was calm. Then of course we arranged a special train from Calcutta to Krsnanagara. We carried his holy body from the Bagh Bazaar Math in Calcutta to the train station, and from there that special train went to Krsnanagara. At Krsnanagara he was taken on the roof of a bus to the ghat. From there we crossed the Sarasvati River and then again we carried him on our shoulders to the Math and his place of samadhi. In the morning we left and it took the whole to come from Calcutta to Caitanya Math, where we arrived at about seven or eight o’clock at night.

Then the digging of the grave was begun, and we were engaged in that ourselves. Early in the morning he was placed there. I still remember his dignified figure. He sat in a very dignified position. His complexion was fair. He was seated for twenty-four hours on an asana, the dignified position of an acarya. He was tall and fair and thin, his body very soft. Then the salt was given around but when the salt and earth came up to his neck I came out. I could not stand to cover his head. I came out, and then I returned and covered him. A tulasi plant was put there and we all circumambulated with some song and some reading of Bhagavatam. I requested we chant the poetic conclusion of his Caitanya-caritamrta commentary. Prabhupada had his Anubhasya, a commentary on Caitanya-caritamrta. And in the conclusion he composed a poem, very sweet and in a temperment filled with lamentation. I asked that this poem be read and it was. Then the story of the passing of Haridas Thakura from Caitanya-caritamrta was also read. Then we circumambulated his Samadhi and the tulasi plant seated there. And one gentleman requested me to chant the same Sri Rupa Manjari Pada that Prabhuapda has asked me to chant two days earlier. He requested and I sang. I sang that song and then everything finished.

Thursday before sunrise, one or two hours before sunrise, he disappeared. Friday we took him to that math and everyone fasted without drinking even a drop of water until Saturday at about nine or ten o’clock when we took something. At that time so many disciples from outside flocked together, all pale and weeping, the entire small area was filled with crying, weeping. In this way in ’36 went away and ’37 began.