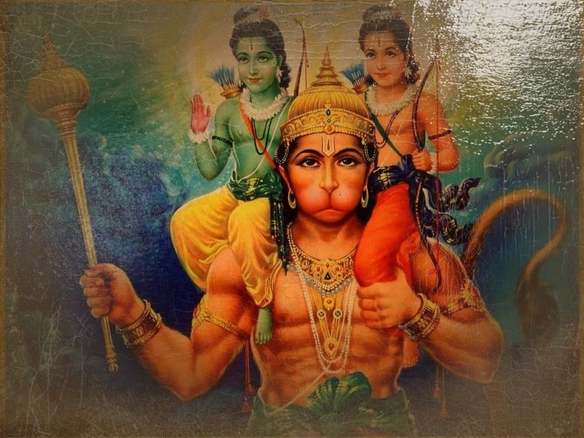 The Ramayana depicts an incident when the monkeys serving Rama were brought brutally face to face with their limitations. While they were searching for Sita, they survived many dangers until they finally came to know her whereabouts: she was held in captivity by the demon king Ravana in his island fortress of Lanka. Delighted, they roared and ran toward the ocean. But when they came to the coast and saw the vast ocean extending unendingly into the horizon, their voices fell, as did their spirits. How could they cross this ocean? They looked at each other with growing apprehension. Much as they wanted to serve Rama by reaching Sita and conveying Rama’s message to her, they realized they just couldn’t cross the ocean.

Trying to bolster the team of monkeys, their young leader, Angada, said, “I’m sure many of us can scale this ocean. Tell me, monkeys, how far each of you can jump.”

Hesitatingly, the various monkeys started telling their capabilities, but none of them could leap all the way to Lanka. Jambavan, the oldest member of the team, said, “When I was young, I could leap across the whole earth. But now that I have aged, I can’t leap even up to Lanka.” Finally, Angada said, “I might be able to jump to Lanka, but I don’t know if I will have the strength to jump back all the way.”

Jambavan responded immediately, “You are our prince. You shouldn’t go; one of us should go.”

But who would that one be? That question troubled and disheartened all the monkeys.

Through all this discussion, Hanuman remained silent. How Jambavan reminded him of his phenomenal prowess and how he achieved mission impossible is another story. Here, let’s stick to the point that the monkeys, despite being determined to do their best and despite being on a mission to serve God Almighty, still faced inescapable limitations. They all had the honesty to admit their inability. Indeed, the ability to admit our inability may well define humility.

Tags: ramayana
E-mail me when people leave their comments –
Follow