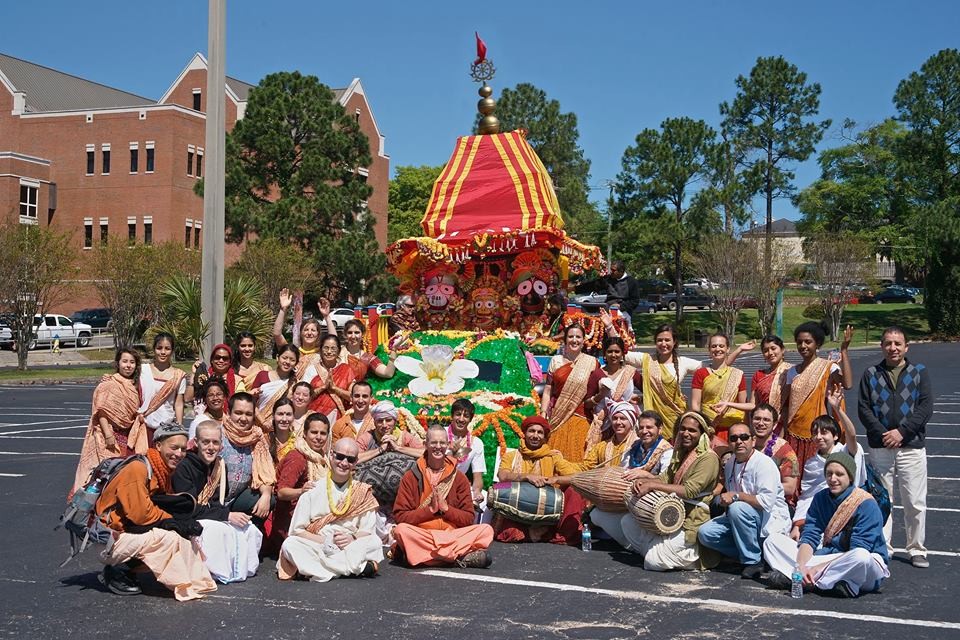 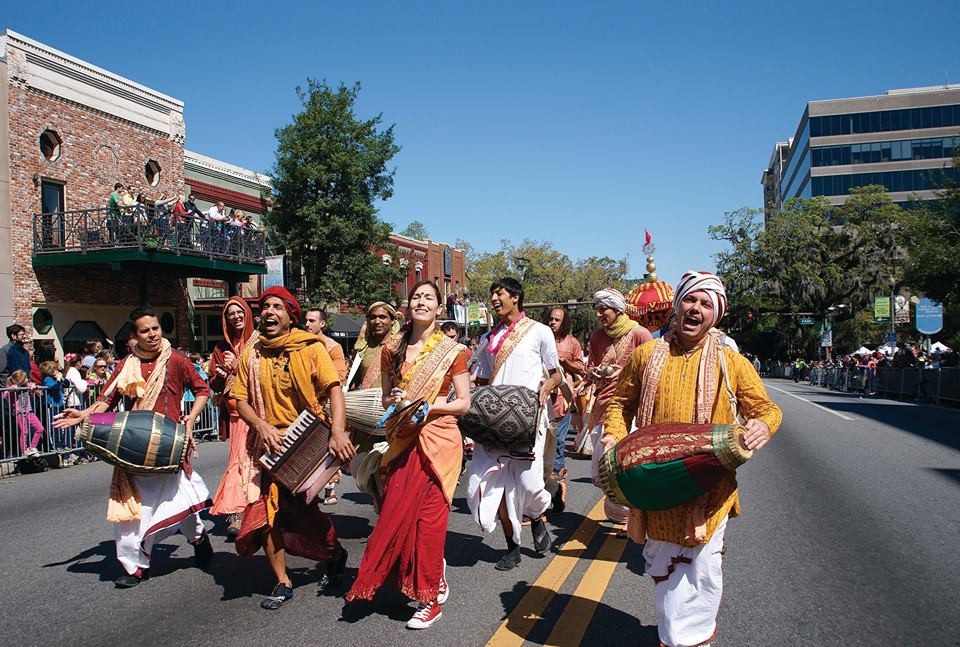 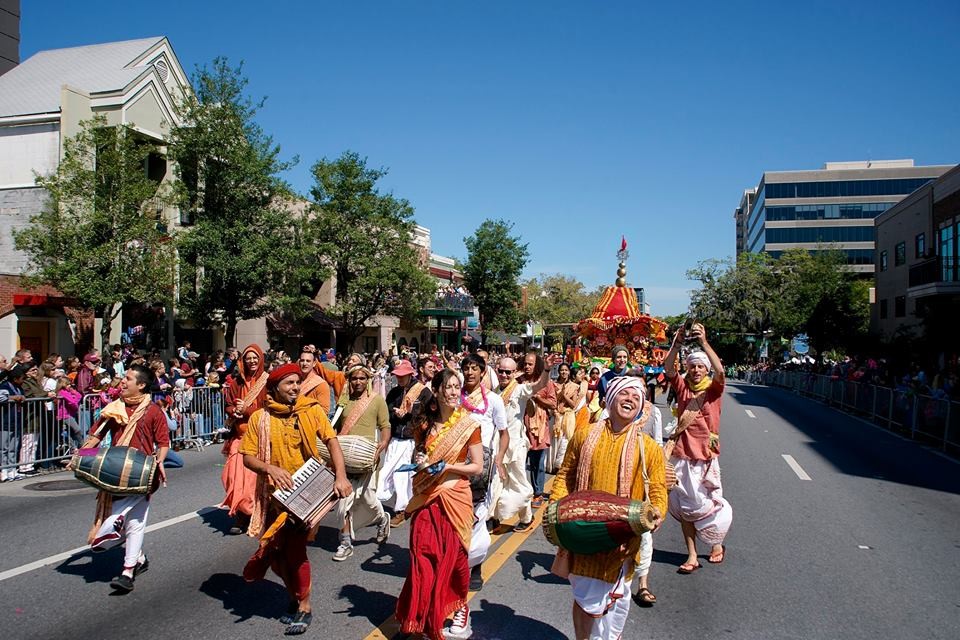 *Lord of the Universe at the Tallahassee Springtime Grande Parade 2015*

At the 2015 Tallahassee (Florida) Springtime Grande Parade Lord Jagannatha was most definitely a crowd pleaser. And what a crowd there was, over 70,000 people attended the event on Saturday, March 28th. There were dozens of floats, marching bands, and other typical parade style entertainment groups but the beautifully decorated Chariot that carried Lord Jagannath, Lady Subhadra and Lord Balarama was not your typical float. How often do the residents of north western Florida get a chance to see the Lord of the Universe appear before their very eyes? How fortunate and how wonderful that the parade organizers and judges personally introduce the Festival of Chariots and mentioned Srila Prabhupada and the International Society for Krishna Consciousness.

The parade is about an hour and a half and spaned about 2 mile heading down Monroe St from Brevard and ending at Madison St. Though this parade has a long history of 47 years, Festival of Chariots crew are new comers but hope to be part of the parade in the upcoming years. A group of about 35-40 devotee youth from the Alachua, FL temple were the highlight of the procession. It began with a color coordinated, beautifully dress group of dancing ladies (trained in the art of Bharatnatyam) in 2 or 3 rows with each of their steps synchronized and choreographed to create a professional appearance of cultural grace and beauty. Following the ladies the Mayapuri’s brought to a blissful order the kirtan procession of dozens of youthful participants. More dancing girls were then directly preceding the Chariot which, in this parade is pulled by a decorated pickup truck. Thus the Lord of the Universe magnanimously glanced at the bystanders, many of whom joined in the cheerful chanting dancing and swaying to the rhythm of the Mrdungas.

Many thanks to the participants and organizers mostly from Alachua, for the Festival of Chariots highly successful entry in this year’s parade. The parade organizers were impressed with the presentation by the devotees .

After the parade the devotees proceeded to the Tallahassee temple for a delicious feast cooked by the local devotees. All is well that ends well and when it ends with prasadam it is a grand success.

Thanks to the devotee organizers who are as follows: Dharamaraj and family for transporting & decorating the Rath cart, Govinda Priya for the use of his truck to pull the cart, Lutz Marina and her crew for the truck decorations, Yadhunandana and her son Govinda for transporting Their Lordships to the parade site, Mayapuris for organizing the Kirtan procession, Anapayini, Kamala Manjari and Jadu for organizing the young ladies. Bhadra prabhu for making all of the arrangements to participate in the parade, Nandini Kishore for technical support on all Rathayatra for Festival of Chariots Facebook page, website, donations & paypal management, etc. and Yamaraj prabhu for the photos.