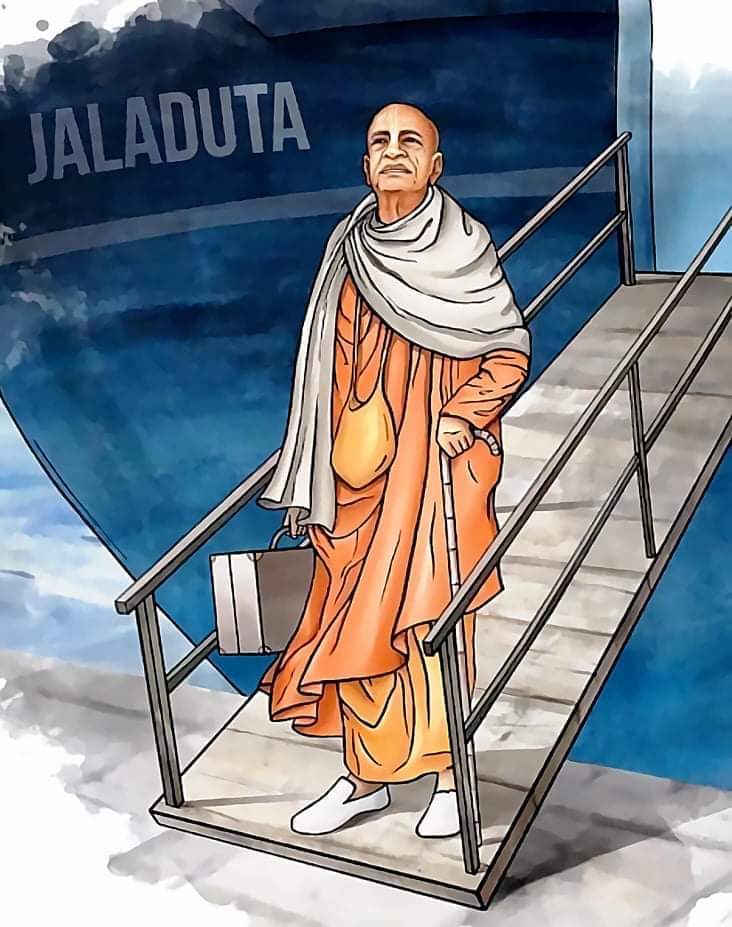 Having "free will" is the constitutional make up of all marginal living entities (jiva-souls) that is ALWAYS part and parcel within their eternal character and personality in the Spiritual Worlds.

This means the jiva-souls can even choose to leave the Vaikuntha Planets or Goloka-Vrindavana if they want, this is also what free will allows and if it didn't, then they have no free will.

This is why it is foolish that big, big sannyasi and gurus claim once entering the Spiritual Worlds the jiva-souls can never fall down again.

No, they CAN fall down again and again if choose to do so!

And such fall downs have nothing to do with Maya (material energy), it is simply free will.

The fact is Maya or material energy does NOT exist in Vaikuntha or Goloka-Vrindavana.

The choice to leave Vaikuntha or Goloka-Vrindavana is possible because Krsna allows love to be a "two-way" street, this means one can accept or reject Krsna if they choose to do so.

Srila Prabhupada  - "Free will means that you can act wrongly. That is free will. Unless there is chance of doing wrong or right, there is no question of free will. Where is free will then? If I act only one sided, that means I have no free will. Because we act sometimes wrongly, that means free will."

Hayagriva - "A man may know better but still act wrongly".

Srila Prabhupada -"Yes", but that is free will. He misuses his. Just like a thief, he knows that his stealing, it is bad, but still he does it. That is free will. He cannot check his greediness, so in spite of his knowing that he is doing wrong thing—he will be punished, he knows; he has seen another thief, he was punished, he was put into prison— everything he knows, but still he steals. Why? Misuse of free will. Unless there is misuse of free will, there is no question of free will. (Excerpt from: Philosophy Discussions with Srila Prabhupada – Rene Descartes)

Srila Prabhupada – “So everyone can know that independence means one can use it properly, or one can misuse it. That is independence. If you make it one way only, that is not independence, that is force.” (Los Angeles, June 23, 1975)

Syamasundara - "But can we predict returning back home back to Godhead will be permanent? Can we predict that? Just like many prisoners leave the prison, however some do come back?''

Srila Prabhupada - "No, there is no permanent effect because we have got little independence. There is nothing permanent because you can misuse your independence at any time".

Syamasundara - "And some come back?"

Srila Prabhupada - "Yes. Otherwise there is no meaning of independence. Independence means you can do this, you can do that. "All right. Whatever you like."

Devotee - "Then he is so many times falling down, again and again, so will he eventually permanently come back?"

Srila Prabhupada - "He has got independence, therefore there is always the possibility he can misuse his independence, he CAN fall down. That's why when a man is released from the prison house, that does not mean permanently because he can come back again, the general law is NOT to come back, but if he likes, he can come back, otherwise what is the meaning of independence? Just like one becomes free from the prison house, naturally he should not go there again". (Discussions with Syamasundara > Henri Bergson)

Even though Krsna has promised there is no return to the material creation once returning to the Spiritual Worlds, the fact is there IS return if the jiva-souls want to return as Prabhupada explains here-

Acyutananda – “In Bhagavad Gita Krsna says, once coming to the Spiritual World, the jiva-soul never returns, so He can return?”

Srila Prabhupada – “If he likes he can return”.

Guru-kripa – “How is it that one can become envious of Krsna?”

Devotee - “Well, I believe you once said that once a conditioned soul becomes perfected and gets out of the material world and he goes to Krsnaloka, there’s no possibility of falling back”.

Srila Prabhupada - ''As soon as we try, "Oh, this material world is very nice," "Yes," Kṛṣṇa says, "yes, you can go." Otherwise what is the meaning of free will? Every living entity has got a little free will. And Kṛṣṇa is so kind, He gives him opportunity, "All right, you enjoy like this." It is free will''. (Morning Walk At Cheviot Hills Golf Course, May 13, 1973, Los Angeles)

Srila Prabhupada - “So everyone can know that independence means one can use it properly or one can misuse it. That is independence. If you make it one way only, that you cannot fall down, that is not independence, that is force. Therefore Krsna says, yathecchasi tathä kuru. “Now you do whatever you like.” (Los Angeles, June 23, 1975)

Therefore returning back home back to Godhead is not necessarily permanent Prabhupada has explained  above, that choice to stay or go is ALSO the jiva-soul's choice too, it is not just a one way decision that Krsna makes, no, real loving exchanges can NEVER exist in a one-way direction because there is ALWAYS "free will" that allows the jiva-souls to choose for themselves even if it means rejecting Krsna.