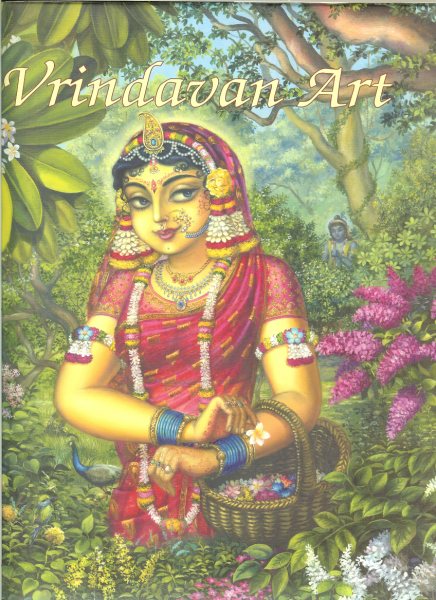 One morning, Srimati Radhika and Her sakhis came to the bank of Kusuma-sarovara to pick beli, cameli, juhi, kanera, campaka and other flowers that bloomed here. Srimati Radhika saw a tree with a branch full of flowers. Knowing that she was coming to Kusuma-sarovara to pick flowers, playful Krsna had climbed that very tree. Using all His weight, He pushed the branch down and remained hidden in the foliage so that Srimatiji could not see Him. Radhika pulled down that branch with one hand, and was absorbed in picking its flowers with the other when suddenly Krsna shifted to another branch. The branch sprung up, lifting up Radhika with it and She cried out for help. Sri Krsna leapt out from the tree and caught hanging Srimatiji in His arms. The sakhis began clapping and laughing loudly, but Srimati Radhika, released Herself from Sri Krsna's embrace and scolded Him harshly.
E-mail me when people leave their comments –
Follow