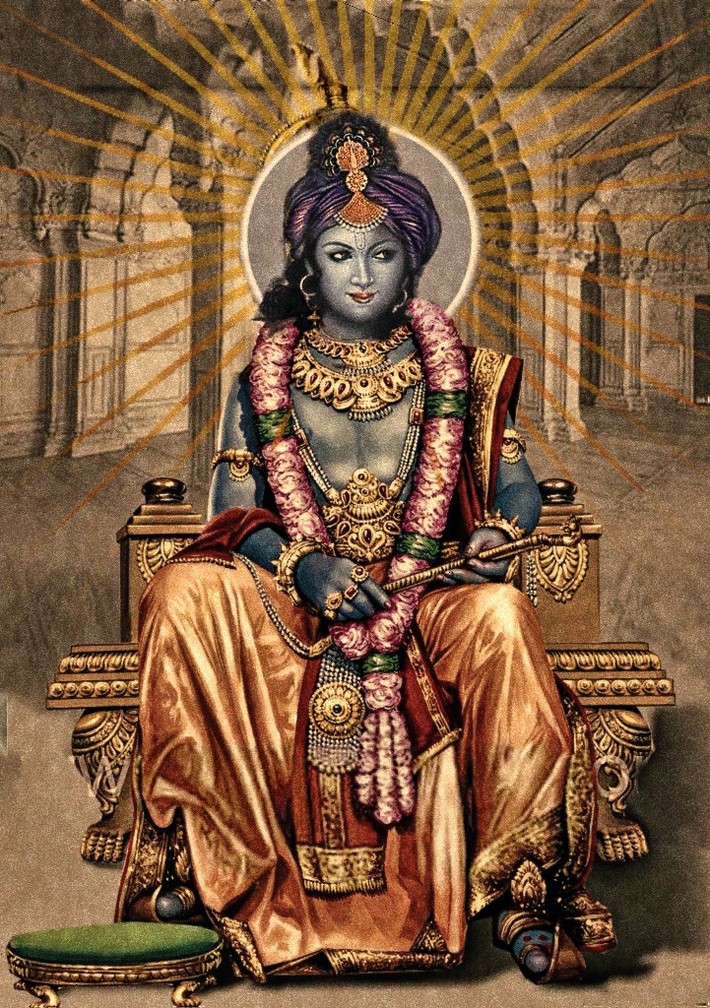 Remembering Not to Forget: But if its amnesia you want, Krishna will give it to you

It’s funny how if you give Krishna, God, an inch, he gives you a mile. I remember in my earliest days as a devotee, I had left the movement for some time. I was home, watching TV with my family. All of a sudden, right on the screen there was an ad for the television station with a photo of New York City streets. There he was, my Godbrother Bhaktivinoda, with a close-up of the Channel Two logo below his chin. I had forgotten Krishna for a few weeks, but, compliments of his devotee, he forced himself back into my mind.

An avid comics collector, I was thrilled when that most popular of the Norse gods Thor allowed Vishnu (one of Krishna’s primary manifestations) a guest appearance in several issues. Krishna just didn’t want me to forget him.

Then I started reading the classics. Herman Melville depicted the great whale Moby Dick as a powerful force of nature, impossible to comprehend by ordinary means. Believe it or not, he attributes to the whale not only great antiquity, but also divinity. One of the most striking and poignant ways in which he does so — are you ready for this? — is by describing the whale as a manifestation (avatara) of Vishnu known as Matsya. This is an incarnation of Krishna, of course, mentioned in the Srimad Bhagavatam, and in other Vedic texts as well. Matsya is elaborated upon in the fifty-fifth chapter of Moby Dick.

I also found Vishnu in The Moonstone, by Collins, where the Lord is again mentioned by name, as he appears to three Brahmins in a dream. And also in Jules Verne’s Around the World in Eighty Days, where Vishnu is described as God. Everywhere I looked — well, almost everywhere — there was Krishna, a reminder that spiritual life is what I really wanted.

The point is this: If you make the slightest endeavor to remember Krishna, he’ll put you in a situation where it is in fact difficult to forget him.

We are easily covered over by the illusory energy, known as maya. In that state, we forget our real self-interest, which is service to Krishna, and we suffer in the material world. Still, our natural desire for self preservation — since we sense that, as eternal souls, our “birthright” is an ongoing life of bliss and knowledge — leads us to seek shelter in temporary solutions, which only brings us into further misery. The strength of the material energy is such that vigilant protection of our devotion must be maintained by practice, which includes praying, daily chanting of God’s names, worship services — all of which are meant to invoke remembrance of Krishna, or God.

The idea is to absorb one’s senses in Krishna — to see his form, to taste food and to smell incense that is offered to him, to read about his pastimes and, mostly, to hear the chanting of his names. This creates a sort of “wrap-around awareness” that engulfs you in the spiritual world. And by being so engulfed, you remember what you have long forgotten.

Prabhupada often compared it to being cured of amnesia. In the conventional treatment of the disease, one is given a daily regimen of gradual exposure to his or her former life. Hopefully, through a sustained effort, the patient gradually remembers and becomes cured. This is called anamnesis — the reversal of amnesia. Similarly, through a daily regimen, known as sadhana, one becomes relieved of their spiritual forgetfulness and gradually remembers their life in the spiritual world with Krishna.

The amazing thing, though, is that Krishna often helps us get there in spite of ourselves. As Prabhupada says, “If you take one step toward Krishna, he’ll take a thousand toward you.” I’ve seen that in my own life, and while I’m hardly cured of my spiritual amnesia, I do see hopeful signs for the future, and I remember the numerous ways in which Krishna helped me.