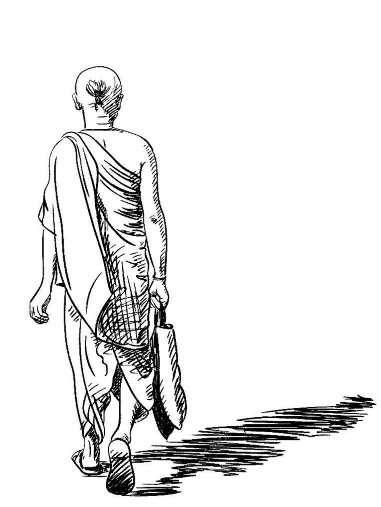 As the world and its materialistic objectives come to a standstill, as the pursuit of sense gratification dims in its intensity, as the illusory power and control of our so-called leaders, governments and businesses is exposed, and as the false promises of technology, medicine and research to save lives and improve human condition remain mortally wounded, a devotee ruminates: What is the purpose of all of this?

They say it came from the wet markets of Wuhan — all slaughterhouses are wet — wet with blood, flesh, gore, pus, mucus, stool, urine and the chemicals used to clean this hell. It is wet with the blood of Krishna’s creatures, His own creation, His own children, the beautiful, innocent, variegated and harmless animals, and all of the wetness is then toxically laid to our soil and waterways. It finds its way into the water we drink, the food we eat, air we breathe. Remains of the animals are then ground up to be resold as organic fertilizers so that finally we can feel good about eating an organic apple.

Modern animal slaughterhouses (conveniently called animal agriculture to avoid the word murder — just like Planned Parenthood is another name for the cruel and heartless murder of innocent babies) are responsible for the annual outbreaks of seasonal flus which annually kill between 450,000 to 650,000 people world wide. No one talks about the hundreds of diseases which affect mankind due to animal slaughter and the collective karma it manifests in the form of cancer, heart disease, autoimmune diseases, war, strife, poverty, natural calamities, mental illness, suicide and other etiologies of death. There is one person who talks about it — Srila Prabhupada. He said that this world is full of cheaters and the cheated.

Why don’t governmental and political leaders give a clarion call to end animal slaughter, to close the dry and wet animal markets of the world? Why doesn’t a single news channel talk about it? Why don’t Mitt Romney and Tulsi Gabbard ask this question in addition to their plea for a thousand dollar hand out “bheekh” to the citizens of the USA — Why? It is because they have cheated themselves, and they will continue to cheat others.

Some perspective is in order here.

Since the beginning of the kali-yuga no creative Divine Power has been at work to build up human society on strict dharmic principles. Whereas, in previous yugas, Vishnu manifested Himself repeatedly, and Divine Shakti was infused into outstanding characters of political, social and economical importance, each with the intention to establish in samsara, at one or several places, a society based on theistic principles. This gave the chance to partake in the service of Krishna to every and each member of those societies corresponding to the degrees of willingness and capacity in each individual. This was so that all spheres of life were to a greater or lesser extent in direct contact with the service of Krishna. It is definitely not the will of Krishna to keep up anywhere in this world such a theistic society, in which the greatest intensity of direct service constitutes the only justification for having jurisdiction and authority in respect to others.

serving Krishna can devote themselves to that service without paying any attention whatsoever to the reaction of their actions on the society, to the only apparently living. They don’t have the least amount of obligation to fulfil any so-called social duties, which in kali-yuga are considered the be all and end all of life. Nevertheless, society will indirectly benefit from the presence of such bhaktas and their chanting, even if they would not display any external activity. It is the conscious or unconscious association with such people that gives the chance to other privileged souls to participate in the service, though society does not directly or indirectly facilitate the implementation of their service aspirations. It is useless to expect the establishment of a theistic society anywhere in the world in kali-yuga because it is not the will of Krishna. It’s not the program put up for kali-yuga.

The bhakta rejoices when the attempt is made — at least externally, for the sake of the historical future of our globe — to eliminate arbitrariness and violence from political and social life; to protect the freedom of spiritual and religious progress for the individual as well as for sober-minded spiritual communities from attacks by confused fanatics of any stripe, and to initiate an apparent family relationship to be shared by all of humanity.

The experiments done in various regions in kali-yuga to establish societies based upon ethical, moral or social principles of any sort are useless wastes of energy. This is because all the ideals of kali-yuga are secondary ideals, having no basis in the service of God, but aim only at securing for everybody the greatest amount of material safety and continuance of the biological means to enjoy life. Once the fact of life’s real purpose, namely to serve Krishna in all spheres of life, is denied, the elevation of each and every member of society according to their capacity and willingness to serve becomes impossible.

Instead of that, society becomes classified according to the capacity and willingness of its members to work and to thereby supply the means to enjoy life by all the members of the society to the greatest possible extent. All human ideals depend on the whimsical ideas of humanity, and not our real spiritual nature. Because the enjoying temperament of one person or group is always in disharmony and conflict with the enjoying temperament of another person or group, discord naturally constitutes the character of social interaction in the history of kali-yuga.

In no prior age has the shallow uselessness and worthlessness of human ideals been so distinctly evident. Ethical and social values in kali-yuga are apparent virtues only, and the lines of demarcation between the so-called goods and bads are drawn according to the whims of individuals who happen to dominate certain parts of society. All energies spent for the reconstruction of society on apparent religious principles, which are not really in accordance with the direct service of Krishna, are ultimately wasted. The proof of our complete ignorance of the God’s nature, and of the world is society’s attempts to quarantine itself without shutting down all the wet and dry animal markets of this world, to eliminate once and for all the source of the biggest affront to God… animal slaughter!

Then what is a devotee to do?

One who feels inclined to serve Krishna as He is, must serve Him without the least attention to the problems of humanity. It is not easy for a person in kali-yuga to free himself from the erroneous opinion that human society itself has some value. It is not easy to overcome the enticing influence of the loftiest ideals of justice and humanity, so much propagated as the last hope of humanity today. Many are allured by the charming picture of a utopian society, of each member wanting to serve the others., but underlying the desires to make this ephemeral world, at least temporarily, a place of enjoyment, underlying the ethos of maximal elimination of obstacles to such enjoyment — Underlying it all, there is but a single attempt to secure an effective means of cultivating the utmost degree of aversion to the service of Krishna.

It is Maya in her most deluding form who comes to make people believe that it is worthwhile to fight for home-sweet-home in samsara. The real bhakta is satisfied if he can find ways to induce worthy people to detach themselves completely from all social interests and to devote themselves to the exclusive, direct service of Krishna, through the chanting of the holy names, though society will not hesitate to decry such an attitude as antisocial. The bhakta is not inclined to take seriously the merely speculative values over which modern society quarrels. He minds very little the reactions of society when he transgresses the ethical and social standards of that society, as he really does nothing but serve Krishna. He is free to disregard the values, whenever he deems it necessary in the course of fulfilling services for Krishna. His boldness and fearlessness increases alongside the degree of the intensity of his service of Krishna. He is completely satisfied if his service pleases Krishna, even at the cost of the utter dissatisfaction of the wisest and most efficient non-bhaktas of humanity.

It may be objected that very often in history in the name of service of God, people tried to evade their social obligations. Where is the proof that a person transgressing the social values does it really for the service of Krishna? There can be no proof intelligible to the non-bhakta just as there can be no proof of the existence of the atma to the one who has not realized it. Everybody who aspires to realize it is invited by the bhakta to take up the proper method for realization of the atma. But Truth cannot be realized by persons intent to contest the Truth, nor by those aspiring to know it without unreserved service and dedication. Furthermore, how many people are deceived and put to difficulties by false preachers of religion? How many more are put into difficulties and deceived by false moral and political propagandists? Certainly the worst criminal is practically a saint compared with someone who talks about God and preaches religion, though he does not know his true spiritual nature, nor what God is, nor the nature of the world, as is the case with Christian missionaries in India.

Like a chunk of cosmic matter, upon losing its current trajectory and connection with the centripetal force, shoots through space until it finally splits into inscrutable particles, falling down onto some distant heavenly bodies, so are every human life and every person, who wants to live for their own sake and make themselves independent of the Divine center of all being, Sri Krishna.

Then what is the purpose of COVID-19?

It is the will of Sri Krishna that through this calamity, at least one sober-minded person will awaken to life’s true aim of reviving one’s inherent disposition of serving God, respecting His nature, respecting all life, His creation and His earth with all the animals and birds in it, His cows and bulls and take up in earnest the only religion in the Age of Kali — loud and soft chanting of the holy name- Sri Krishna Sankirtanam.