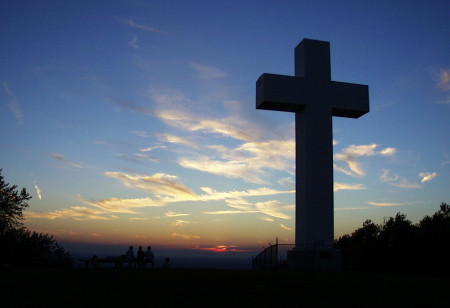 A couple of years ago, Sister Jesmi, a nun who retired as professor in a women’s college in Kerala left the Catholic Church and wrote the book “Amen: Autobiography of a Nun” which exposed the life of Christian Priests and Nuns.

Recently father K P Shibu after serving as priest in Vincentian Congregation of the Catholic Church for 24 years quit the Church and wrote the revealing book ‘The Heart of a Priest’ (Oru Vaidikante Hrudayamitha) exposing the inner secrets of life in a monastery. In his book, he reveals that sexual perversion and lust for power and money are rampant among the clergy. The hunger for power and money makes them corrupt, cunning and cut throat.

The book claims that 60% of priests had illicit sexual relationships and instead of showering compassion and love, the messengers of God unhesitatingly take advantage of the poverty and helplessness of women, orphaned children and shamelessly abuse them.

He uncovered that all sorts of sexual perversion, including homosexuality and watching blue films, is taking place among the priests and nuns, who are supposed to be celibates. Most of the confessions made by priests and nuns relate to their sexual perversions. The book narrates incidents of priest students abusing children to gratify their pleasure. .

The open confessions made by former members of the clergy about priest-sainthood life have become heated topics for discussion among the different factions of the Catholic Church. Sri K P Shibu spoke at length to Pradeep Krishnan in an exclusive interview:

1.Why did you quit the church? What were the reasons?

I quit the Church due to the constant persecution and humiliation meted out to me. I was completely dissatisfied with functioning of the Church in matters of sex and handling of finance. I could see several priests/nuns freely engaging in sexual abuse, ridiculing the confidence given by the people. Since the priest and nuns are low paid, they easily become prey to malpractices and even indulge in sex trade. While they force celibacy on laity, they indulge in sexual perversion.

2.What are your views on religious conversions?

Religious conversions are made to assert the supremacy of one religion over the other. At the core, every religion is the same as they all propagate the message of God in its own way. There is no valid reason for converting people. Only after change of religion, one will realize that there is nothing special in other religion except the name of God and the mode of worship.

3.How do you view the so called Divine retreat centers such as Muringoor, Potta, etc, functioning in Kerala, which attract large crowds. What is really happening there? There are allegations of sexual harassment, mental torture and even murder.

The managers of such retreat centres, who are priests, aim at sexual gratification and accumulating wealth. The over emphasis of the concept of sin create guilt in the minds of devotees, compelling them to dance to the tune of priests and nuns. The Catholic Church is a pioneer in marketing the concept of sin. In order to make the Charismatic movement, which utterly failed, a profitable venture, the clever and cunning priests over emphasized the concept of sin. The information/details gathered during confessions are later used to blackmail the confessed. The innocent women who come seeking protection of God are sexually abused by priests and such criminal acts are hushed up with the help of local police. Any one who opposes them are mercilessly killed. But all these anti-social activities are suppressed with bureaucratic, political and religious influence of the Church.

4.We hear a lot of stories of sexual harassment committed by Christian priests of Europe and America (abusing children, women, gay activities, etc). Such stories in India are hushed up by the powerful clergy. What are your views?

It is a fact that in India also priests and nuns are engaged in illicit sexual acts. Gays and lesbians are common in many congregations. In fact, there are children of priests and nuns in orphanages run by the Church. In the West, the civil society takes up such abuses to courts, compelling the clergy to pay compensation to the victims. The pathetic situation is that in India the civil society and human right organizations are reluctant and fearful to take up the cases to courts. The so-called ‘saintly persons’ influence the victims not to take up these acts to courts and bully them to pardon and forgive.

5.It is often alleged that persons like you and Sr.Jesmy went out of the Church as you were not able to cope up with the rigid structure of the clergy. What are your views?

6.In Kerala, discussion among the Christians is taking place about the need for a Church Act. What are your views on the matter? Is it proper to allow the Bishops and priests absolute control over the Church property without any checks?

The Church Act has to be passed immediately. Otherwise the looting of money and property by the cunning clergy would continue unchecked. The government should take over all the aided educational institutions, which are run as minority institutions, so that the clergy could not make a business out of it. The idea of majority and minority are dividing the people belittling the concept of one nation. The clergy’s role should be limited to spiritual matters and temporal aspects to be left to the believers. The assets of the Church should be managed only by the people of the community and not by the priest and bishops. They should not be the owners of the institutions or the Church. At present the material wealth of the Church is managed and controlled by the Canon law, formed by Pope who is the head of the State of Vatican. This is against the Indian Constitution. How can citizens of this country be allowed to follow the laws of a foreign country?

7.Many Christian groups allege that there is Christian persecution in India, Particularly North India. In many incidents like Jhabua it was later proved that they were criminal incidents and not part of any hidden agenda! But still the church hierarchy continues their diatribe against Hindu organizations? Your views?

Conversion to Christianity makes no difference in a person except the change of name and mode of worship. The Christian clergy, in order to seek funds from abroad, make the false allegation that Hindu tribes are persecuting them. It is a fact that foreign agencies are contributing heavily to Mission dioceses in the name of evangelization and conversion.

8.Even while raising a hue and cry on some unfortunate isolated incidents occurred in North India, the clergy is totally silent on the killings and persecution of nuns and others taking place in different Christian monasteries in Kerala?

This clearly indicates that their hands are not pure. The missionary activities are now centered on making money to live a lavish life. At present the youth who join the Church are motivated not by the love of Jesus or His message, rather they are interested in having a cozy life

9.The priesthood, especially in Christianity has now changed into politicians, wielding absolute power and control the entire society. Can we ever hope for liberation of the laity from the clergy?

The Catholic Church runs educational institutions and other enterprises to wield power and to influence people. The clergy’s entry into politics too is aimed with this. Now the worth of the enterprises managed has become mind blogging. Majority of the Christians realize that the clergy is after money and power but they are helpless. Let us hope that the situation will change in course of time.

10.Do you think the church in India is facing a crisis of Identity? Is the church able to absorb the very ancient and yet perpetually modern spiritual heritage of India in its real sense?

The Church in India can never compete with the essence of Hinduism, which is a way of life. That was why the Christians even under the colonial rule could not march forward and convert the land. Relating with Hinduism, Christianity face an identity crisis. Christianity still doesn’t accept the fact that essence of all religions is the same. The caste system prevalent in Hinduism compelled many to change their religion. In course of time, Christians will definitely understand that the essence of all religions is the same and there is no need to covert one. It is welcome that some State Governments have passed anti-conversion laws to stop the exploitation of the poor, illiterate and the downtrodden.

11.The Church has now become a huge commercial enterprise, by running Industry, Hospitals, shopping complexes, schools etc. How much spiritually can we expect from these organizations?

It is true that the Church has become a huge commercial enterprise. The clergy is interested only in making money and profit. The so-called charitable institutions run by the Church neither file tax returns nor pay proper salary to its employees. Government should either take up the administration of these organizations or bring in effective legislation to curb the malpractices. All Indians should be considered only as citizens and not as Hindus, Muslims, Christians etc. and has to be treated equally.

12.The Church, particularly the Catholic Church is facing a crisis in Europe and USA and they target the third word countries for a rich harvest. Will this exclusive thrust given to proselytisation make divisions and conflicts in a tradition bound indigenous social setup?

The churches in Europe and USA are in a crisis due to declining number followers. Churches in these countries look forward to Eastern Countries and Africa hoping rich harvest. Money and material are pumped heavily to allure people. Such activities would definitely create tensions in society. It is a fact that the tribal people of India are targeted condemning their custom, practices and religion. While Hinduism has permitted them to retain their identity, Christianity has fully destroyed their roots. This creates tensions between Christians and indigenous people.

13.During the last 100 years, Christianity has been promoted in India by the successive colonial powers. Many Christian countries in the west provided unceasing flow of finance and personnel. The cost of the enterprise over the years is mind-boggling. Yet Christianity has failed to reap a rich harvest among the Hindu ‘heathens’ - Why?

Christianity utterly failed in India because of the greatness of Hinduism. Christians, even under the colonial rule could not march forward and convert people en-masse. Christianity in India is facing an identity crisis. Even though they tried to exploit the caste system to the maximum, they failed to reap a rich harvest among the Hindu heathens. Hindus should work for the eradication of caste system and bring equality, then Hinduism will shine forever and nobody will quit it, how big the offer is.