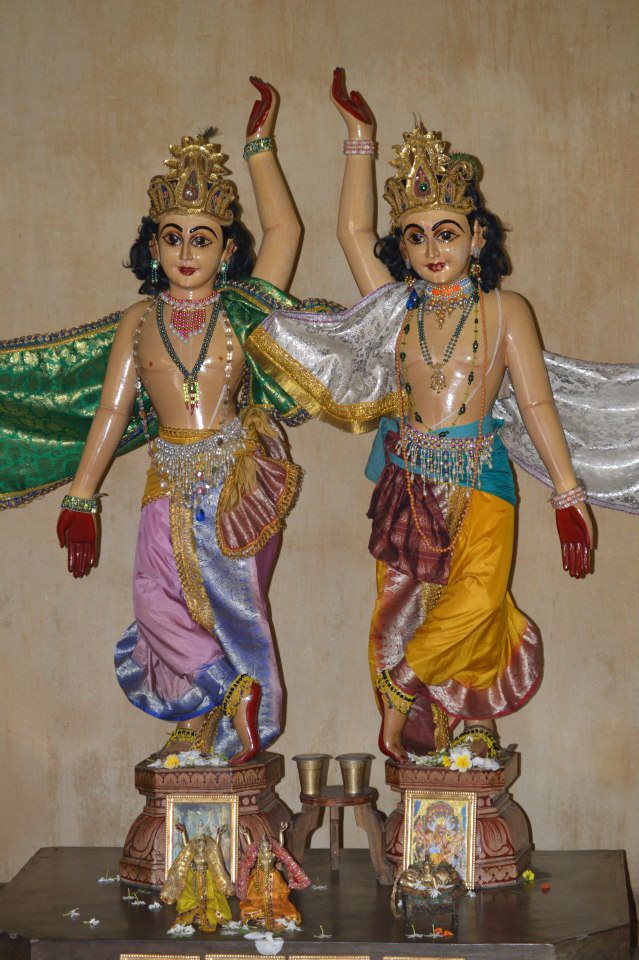 My mother’s cultural training and my wife’s sincere prayers diverted my blind march towards hell and brought me to the lotus feet of Krishna.

Life centered on religion was common in India until a few decades back, and I happened to take birth in a religious family. My father had participated in India’s freedom struggle. A man of great discipline and integrity, he acted without greed and envy and was always inclined toward social welfare. My mother, too, was a role model in our village. She taught everyone the importance of saintly association and the need to take shelter of scriptures like the Bhagavad-gita and Srimad-Bhagavatam. Daily she would gather all the elderly ladies at our house and relish discussing the timeless message of the Gita and the Bhagavatam.

Among my siblings and myself, my parent’s four sons, not one of us took serious interest in religion and spirituality. I never considered God-realization to be the ultimate goal of life. Spiritual life and religious rituals, I thought, should be pursued when one gets old. Our disinterest in religion caused extreme pain to our mother, and she would often wonder how anyone born of her womb could be so apathetic about religious life. Frustrated at her failed attempts to convince us, she would direct her anger towards God, “0 God! Why didn’t You give me even one son who takes pleasure in chanting Your holy names and performing Your devotional service?” We were always engrossed in frivolous sports and abominable habits. It seemed she wouldn’t live to see even one son grow to be a saintly person, her dream. 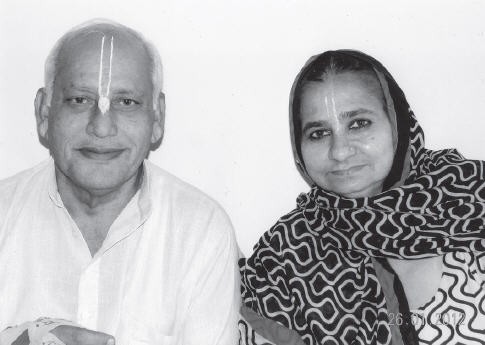 My Wife: The First Step towards Transformation Incidentally,

My wife showed an equal disinterest in religious matters. Although she would attend religious functions held in her village, her main purpose was to entertain herself with some singing and dancing that’s all. But one day, in 2008, she met an ISKCON devotee who hailed from our village. This devotee was trying to establish Krishna consciousness here, and my wife was very much influenced by him. She immediately adopted the devotional principles whole heartedly and repeatedly urged me to take up too. She would say, “Come on, take to spiritual life. Understand who you are and your relationship with God. Why don’t you come with me? They are such nice people.” I couldn’t understand this sudden turn of events in my life. Finally I decided to give it a try; I agreed to visit the weekly program. But when I reached the venue, I found hardly a dozen people assembled. And I noticed that most of them were not “up to my level.” Having worked with the Delhi Municipal Corporation, I had an image of myself as being superior, and so I thought I wouldn’t be able to relate to this group of people.

Some doubts, however, kept bothering me. The last time I visited Vrindavan, I’d seen many foreigners at the ISKCON temple, so I had concluded that ISKCON was managed by Westerners. I had wondered why these people took so much interest in Indian culture. But I never tried to go deep into it and really find out. Previous misconceptions also played their role. “They are hippies,” I thought.”They rarely bathe.They are crazy and always intoxicated with drugs.” Upon seeing the Hare Krishnas, images of drug-intoxicated hippies chanting “Hare Krishna Hare Rama” and scenes of how they forced people to purchase their books would flash through my mind. In my mind, even Srila Prabhupada, ISKCON’s founder, appeared to have a Western outlook.

My wife continued her prayers, hoping to see my transformation. Often I would lose my temper and shout at her, saying, “You do whatever you want, but don’t interfere in my business.” “My business” was to drink, smoke, and gamble while playing cards throughout the day. And the day would end with a chicken meal. Most of my life had gone in this way.

It seemed to me that my wife had taken the baton from my mother she was now the one trying to convert me and make me a devotee. Although I had never raised my voice against my mother, at my wife I screamed and shouted without consideration. Feeling disturbed and hurt, she would remain silent for many days, but she never gave up hope. She was confident that one day I would come to my senses and eagerly take to spiritual life.

She then devised a plan: she would invite the ISKCON devotee to our home and, in front of him, she would complain about me and request him to counsel me. Some how I tolerated her taunts, but as soon as her guest left, I would lash out at her. Why did she have to insult me in front of an unknown guest? She would then lovingly pacify me by saying that her motive was not to insult me but to make me aware of the horrible consequences awaiting me. This would provoke me all the more, but she kept her courage until she gained her first breakthrough.

I had faith that she was concerned about my well being, so I decided to give religion a try and experiment with her new found life. For some time, I accompanied her to the regular satsanga programs. The devotees there encouraged me by saying, “You are a welcome addition to our congregation. Seeing your example, so many people are joining our mission.”

But after two months, my determination waned, and I again dove into alcoholic indulgence with my former friends.

My wife was disturbed; her dreams were dashed. I felt helpless – without my friends, life seemed worthless. I would get restless without a drink. My body was addicted to these pleasures, and my determination to give them up was weak. I was caught in a tug of war: on one side my addictions were dragging me to continue with my sensual indulgence, while on the other side my wife kept repeatedly pleading with me to change and reform. Fortunately, my wife prevailed because her words were packaged inside sincere prayers to Krishna, And how could Krishna ignore His devotee’s pleas?

One day, while enjoying drinks, I found myself in a heated argument with my friends. The issue got out of control, and they wanted to kill me. One of them threatened to shoot me down, but under the influence of alcohol, I thought little of the threats, even challenging him to shoot me. After a few minutes everything cooled down and we all returned to our respective homes.

That night, while lying on my bed I heard a strange voice in my ears. I am not sure if I was dreaming, but the voice sounded like that of a demi goddess.”lf they had actually carried the revolver,” the voice said,”what would have happened to you?” I reflected on the brash behavior that had come from my “liquid courage”; I could have been killed! Though I would later find out that on that day my friend had left his gun at home, the idea that I’d had a brush with death was more than enough to give me pause. Finally I decided to give up the company of “my friends” for good and vowed never to touch alcohol again in my life.

When I informed my wife about my decision she couldn’t believe her ears. She repeatedly thanked Krishna and offered heart felt prayers to Him for bringing such a change in me. I locked myself in a room and decided that I would follow all of my wife’s directions. She gave me a set of beads and a copy of the Second Canto of Srimad Bhagavatam. I started chanting the Hare Krishna mantra regularly and attending the weekly discourses.

Having spent so many years in pursuit of false happiness, I now regret I didn’t take to Krishna consciousness much earlier in life. So much precious time wasted! But better late than never Krishna has awarded me bhakti. I now regularly chant sixteen rounds on my beads, attend devotional discourses, read Srila Prabhupada’s books, and worship tulasi-devi at home. Last year for the first time I participated in the December book marathon, and I distributed more than two thousand copies of the Bhagavad-gita. His Holines Gopala Krishna Goswami, in recognition of my service, kindly honored me by giving me a reward.

I would like to acknowledge the contribution of four people that caused such a transformation in my life: my mother, whose training created such positive devotional impressions in me; my wife, whose sincere prayers led to my transformation; Sudama Dasa from ISKCON Mumbai, who continuously guided me in my devotional practices and reminded me about the temporary nature of life; and Madhu Mangala Dasa from ISKCON Delhi, whose discourses solidified my faith in Krishna consciousness.

I can feel that my enthusiasm and strength are increasing day by day. There is no question of turning back and resuming my old lifestyle. Lord Krishna has undoubtedly showered His causeless mercy upon me. My only prayer is that I can continue to serve Him and please Him in whatever way possible.

Surender Singh Saukhanda spends most of his time reading Srila Prabhupada’ s books and chanting the holy names. He loves to go on book distribution.