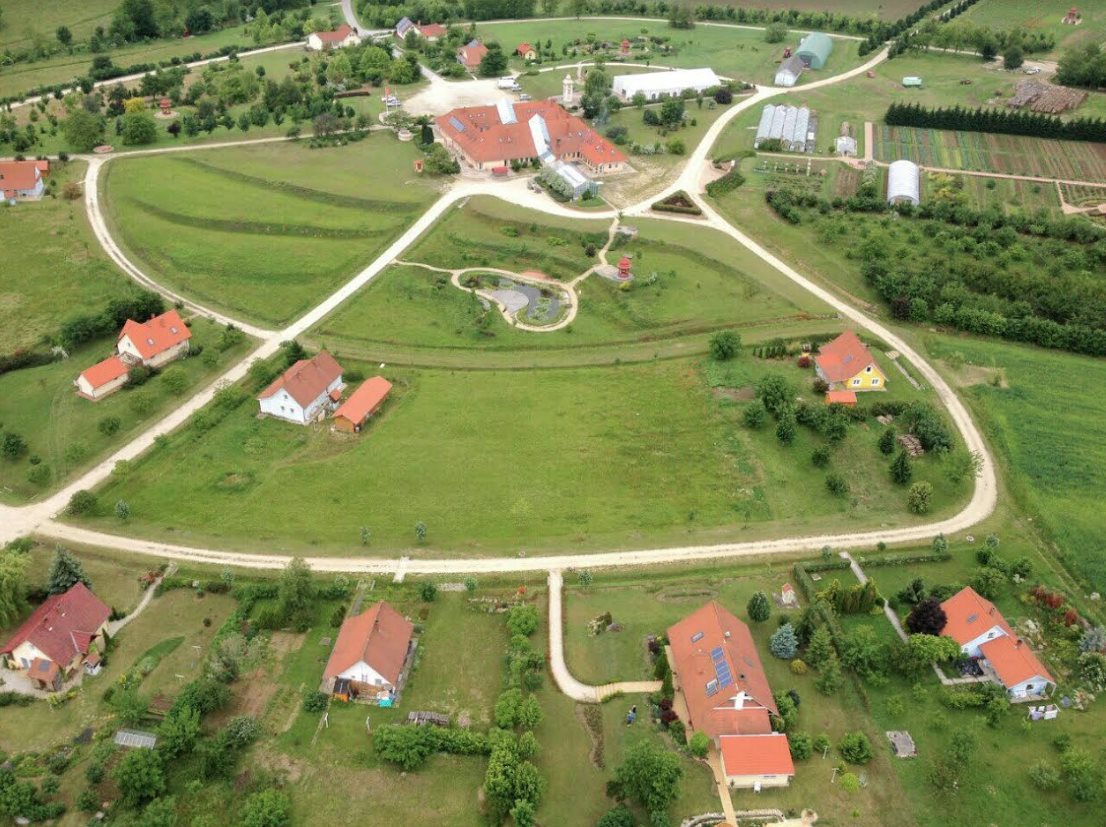 Living in the New Vraja Dhama farm community in Hungary has always felt like a blessing to me. My husband and our two four year old daughters moved here a little over two years ago from Canada. From the first moment my husband and I started associating, we knew that we would like to raise a family on a farm. We understood that Srila Prabhupada’s desire was to establish farm communities, varnasrama and self-sufficiency in ISKCON and we wanted to be a part of that. Our understanding of what that actually meant was at first insufficient and immature, however, with time, and as we learned more about it, we realized the best way to achieve these goals is by being part of a community and working together with others. Eventually our path led us to the shelter of Radha Syamasundra and HH Sivarama Swami in New Vraja Dhama, Hungary.

The farm, so well conceived and maintained, has been trying to achieve self-sufficiency since its inauguration 26 years ago. So far, per year, we have managed to produce 18-20 tons of grain which is mostly milled into flour, about 305 tons of 11 varieties of fruit (apples, pears, plums,peach, apricot, cherry, sour cherry, kiwi, grapes, fig and berries), and about 18 tons of 78 varieties of herbs and vegetables (such as potatoes, carrots, beets, leafy vegetables, tomatoes, peppers, green beans, pumpkin and more), as well as 33,000 liters of milk from our protected cows.

We established an orchard of 190 acres of firewood which will supply us with all of the wood needed for the next three years. After that time, we will have to go back to purchasing some of our wood from outside until the younger trees reach a usable size. However, 13 years from now, because of the planting schedules we initiated, our own land will yield us a constant supply of all the firewood we will need.

We have our own wells for water, our own ecological sewerage system and we are not connected to the government supplied electric grid, depending, instead, on our own solar panels.

And yet, we have not reached the point about which Srila Prabhupada so passionately talked to us, utter and complete independence from modern day social and economic infrastructures, creating an alternative for the whole world to follow.

In a meeting I had with HH Sivarama Swami, he mentioned that until society has not experienced a real existential crisis and its known structures start collapsing, self-sufficiency will not manifest to its fullest extent. This day has come sooner than I expected. On March 13th the gates of New Vraja Dhama closed. No one could come in and no one could go out. Sheltered from the threats of the outside world, we also found ourselves isolated from that world. Now the moment has come for us to finally depend on no one else but our own farm community and Krishna. Recognizing that the implications of what is currently happening around the world might have long lasting effects, we realized it is time to take self-sufficiency to the next level.

We can no longer expect that what we fail to produce ourselves can be provided from elsewhere, nor do we know if we will be able to afford it even if it was obtainable. The greatest treasure one can have is land and cows, such a treasure we have in abundance. Now it is time to take what we already have and enhance it: grow larger crops and add new varieties as well as start replacing those things which are store bought with our own products. 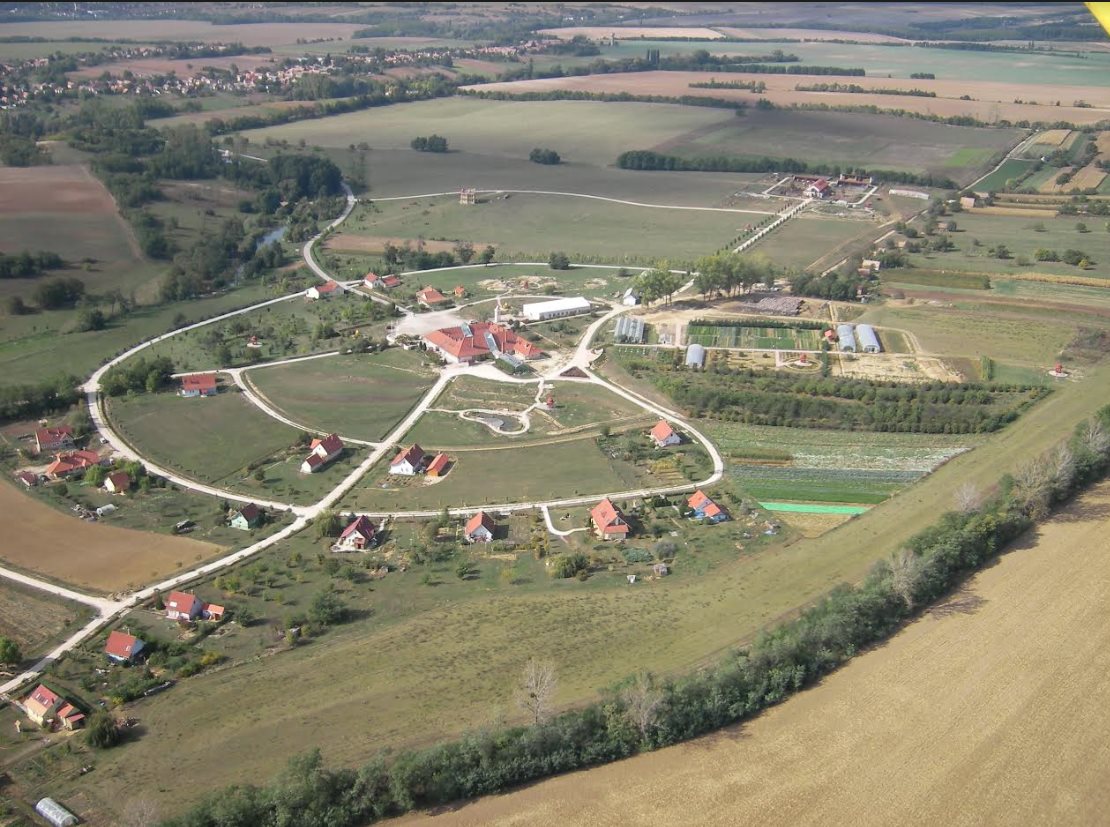 Devotees in our vegetable garden are working on improving and increasing our seed savings – generating our own seeds from which to grow our crops instead of buying seeds from outside. New talents are being discovered; as we strive for self-sufficiency we find out that some amongst us have skills that can help us achieve such goals. For example, one of our resident devotees is a blacksmith who will be helping with repairing gardening tools and creating new ones.

Another step we are looking at is adding a larger variety of essentials that, until today, have been purchased from local stores. Why not produce our own soap, our own eco-friendly cleaning supplies, our own herbal teas, our own pasta and jams, our own clothing, candles, incense and so much more?

Such enhancements are already being discussed among our leaders. The meditation has begun and the next step is to bring those plans to life. Then we will truly be able to provide the devotees who are living on the farm with all their necessities without having to rely on any outside sources. And any surpluses we generate can be sold. That was Srila Prabhuapada’s formula and now the time has finally come to make it happen.

Understanding the need to be more self-sufficient does not stop at our farm community. The Budapest temple has started using the small garden behind their building to grow their own vegetables and the flowers for the deities. More excitingly, they sent five bramacharis to come live on our farm and cultivate almost one acre of land which we set aside for the Budapest temple. Here they will grow mainly root vegetables which are not easily perishable and can be transported to the city when needed. In Budapest they will grow the perishable vegetables such as tomatoes, peppers and such.

Although these are challenging times, I see every challenge as an opportunity sent from Krishna to grow. Perhaps Krishna’s message for us is, “you have done well, but not well enough, I now need you to take it to the next level”. Therefore, my feeling of being fortunate to live in New Vraja Dhama has multiplied exponentially since the quarantine began. I know I am in the best place I can be, and I am excited about what will come about in the near future.