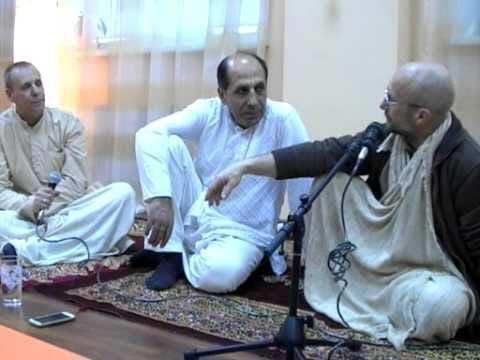 Dear devotees we are very sad to inform you that one of the first preachers in the Soviet Union Brahmananda Puri Prabhu left his body out of Covid. During that time where circumstances were extreme, he published Srila Prabhupada’s books in clandestinity, at his own life’s risk. He came from Armenia and became so enthusiastic after reading Srila Prabhupada’s books that most of his village inhabitants became devotees. Let us all pray that he reaches safely the Lord’s mercy guided by his heroic devotional service for Srila Prabhupada’s mission. Brahmananda Puri Prabhu ki Jaya!!!