Question: How do we determine our prescribed duty? As the socio-spiritual structure of varnasrama is not prevalent today, we seem to have some liberty to choose for us our profession, according to our talents and propensities which can be introspected to a certain extent. So, can our professional duty be regarded as our prescribed duty? According to the Bhagavad-Gita As It Is verse 2.47, what type of activities are included in "prescribed duty" and what activities are not included in it? Are we at a liberty to call any activity we want to do as our "prescribed duty"?

This is a hugh topic, not easily answered. What follows are some thoughts on the topic you have raised.

Prescribed duty consistently is spoken of in Srila Prabhupada's writings in terms of "under the guidance of a spiritual master". And, of course, a spiritual master administers his duties according to scripture.

Human life is a life of responsibility, which means our activities cannot be whimsical. Vedic scriptures prescribe activities to guide how each individual should conduct their life - these constitute prescribed duties. As the term indicates, prescribed duty is to be assigned by superior authorities, not self-created.

Srila Prabhupada elaborates on prescribed duty in BG 2.32 purport as follows:
"There are two kinds of sva-dharmas, specific duties. As long as one is not liberated, one has to perform the duties of his particular body in accordance with religious principles in order to achieve liberation. When one is liberated, one's sva-dharma - specific duty - becomes spiritual and is not in the material bodily concept. In the bodily conception of life there are specific duties for the brahmanas and kshatriyas respectively, and such duties are unavoidable. Sva-dharma is ordained by the Lord, and this will be clarified in the Fourth Chapter. On the bodily plane sva-dharma is called varnashrama-dharma, or man's steppingstone for spiritual understanding. Human civilization begins from the stage of varnasrama-dharma, or specific duties in terms of the specific modes of nature of the body obtained. Discharging one's specific duty in any field of action in accordance with the orders of higher authorities serves to elevate one to a higher status of life." 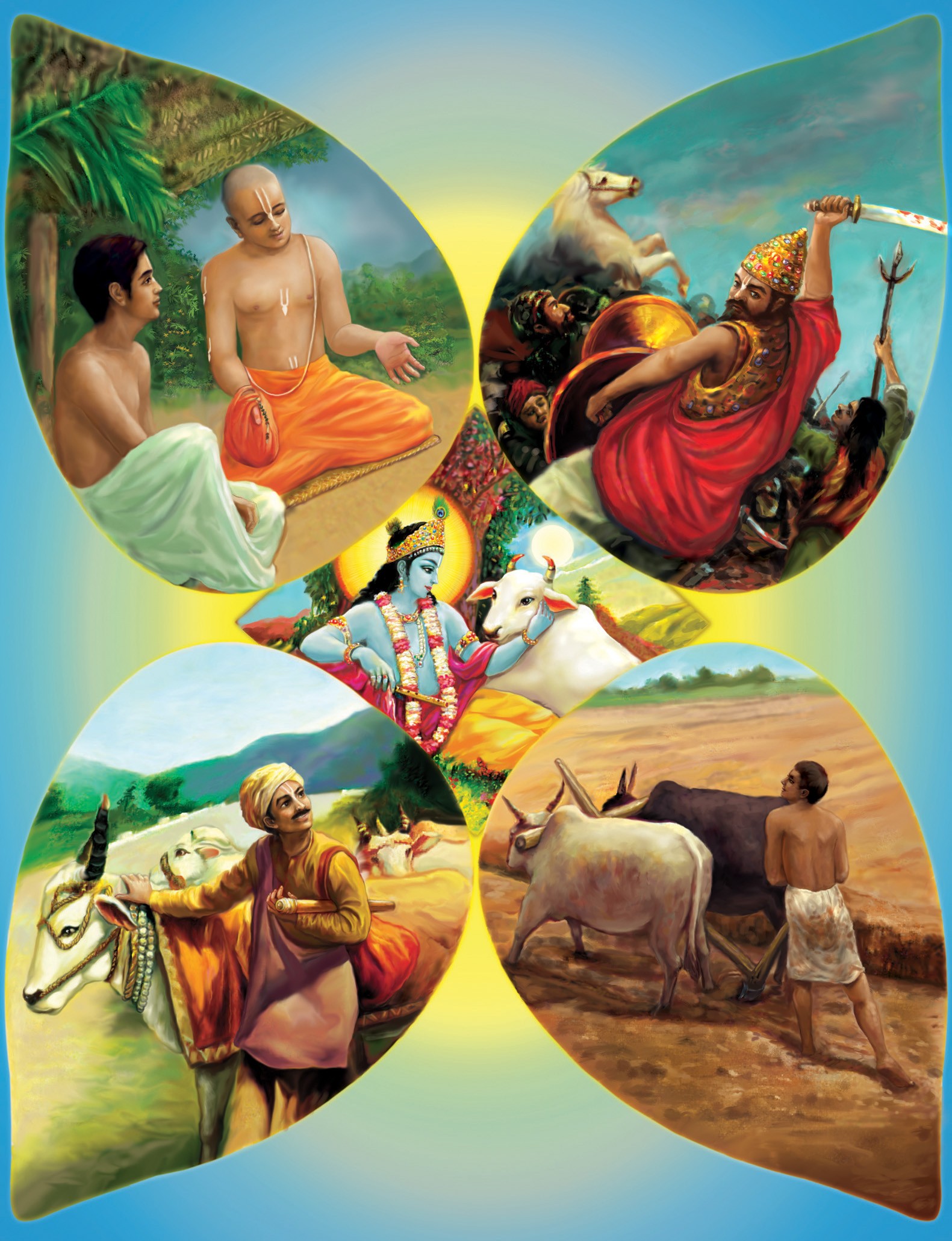 Thus for embodied souls, prescribed duty generally refers to varnasrama-dharma. You can find a summary exposition of the varnasrama duties for different classes in Bhismadeva's instructions to Emperor Yudhisthira. (Please see SB 1.9.26 and SB 1.9.27)

The duties prescribed for those in the lower stages of spiritual realization (materialists, or karmis) are different than what is recommended for jnanis, which is different than the duties for a bhakta or devotee. To properly follow the injunctions recommended at one's own level is called "one's prescribed duties". As one progresses spiritually, one should give up the lower duties and accept the duties prescribed for the next stage. (Please find a detailed discussion by Bhaktivinod Thakur in Meditation 49)

Sanatana-dharma refers more generally to the eternal occupation of the soul. 'Sanatana' means that which has no beginning or end. The eternal nature of the soul is to always render service. Everyone is serving, but we are presently engaged in temporary occupations or services. When these are purified and we take up our natural, constitutional activities prescribed by the Lord with consciousness fixed upon Him that is called sanatana dharma. Daivi varnashrama dharma is considered as sanatana-dharma, because it aims to purify the follower and elevate them in stages to the constitutional position. These two terms are therefore used interchangeably sometimes. The activities of varnashrama are themselves external or material, not eternal, pertaining as they are to the material body and the modes of nature. But when we execute these duties under the guidance of a self-realized soul, it is liberating. Varnashrama dharma is not sectarian or temporary, but is aimed towards preparing us for going back to Godhead, and when executed in that consciousness it constitutes sanatana dharma.