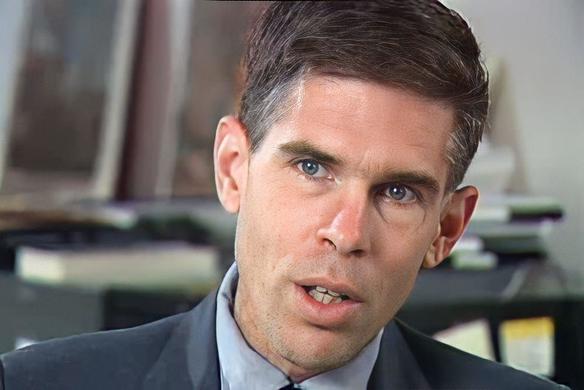 “The process of bhakti-yoga is regulated by a theory of knowledge that strictly rules out unjustifiable speculation and extrapolation, and in this respect bhakti-yoga is methodologically superior to modern science, and goes beyond modern science by providing the individual with practical methods of developing higher cognitive powers that lie dormant in the conscious self.

The Bhaktivedanta Institute for Higher Studies will inaugurate an ongoing lecture series based on the books of Richard L. Thompson (Sadaputa dasa, 1947-2008) with a hybrid (online/in-person) event at the BIHS Headquarters in Gainesville, FL, on February 4, 2023 (Sadaputa’s birthday!), 11 AM to 1 PM EST. Special guest speakers will include Hrdayananda Das Goswami, Jayadvaita Swami, and Badrinarayan Swami. The public is welcome to attend in person or via Zoom (see links below).

Six of Thompson’s books will be covered chapter by chapter with a lecture summarizing the contents and highlighting the chapter’s essential messages, followed by a discussion session. The series will begin with an introduction tohis first book,Mechanistic and Nonmechanistic Science: An Investigation Into the Nature of Consciousness and Form (1981), by BIHS Director Brahmatirtha dasa. In this publication, Thompson discusses how the mechanistic theories dominating modern science have difficulty explaining phenomena like consciousness, complex biological form, and inspiration, and how these disparate phenomena could be unified through engaging the non-mechanistic analytical paradigms offered in the Bhagavad-gita.

This work makes a sober, thorough, carefully reasoned, and well-documented case that the prevailing theories of physics and biology have grave shortcomings which can be traced to their reliance on an underlying mechanistic framework. Dr. Thompson shows how physics is incapable of dealing with the phenomenon of consciousness and how biology is unable to account for the existence of complex living forms. Arguing that valid scientific theory does not have to be mechanistic, Dr. Thompson outlines a nonmechanistic science that would complement mechanistic science and round out the human quest for understanding.

I liked the third chapter of Mechanistic and Nonmechanistic Science very much. In particular it acquainted me some with the Bhagavad-gita. I learned that the basic philosophical ideas of this on ‘existence’ are virtually identical with those which quantum mechanics lead me to. – Eugene Wigner (Physics 1963)

In Mechanistic and Nonmechanistic Science, Dr. Thompson makes a number of cogent arguments against the usual scientific picture of life and evolution (which do not accept the existence of higher or subtler levels of organization). He also presents a clear alternative model. I think it is an important book, which would be of interest to many people. – Brian Josephson (Physics 1973)

In a lengthy review published in Zygon: The Journal of Religion and Science 19(3), Granville C. Henry, Professor of Mathematics and Philosophy at Claremont McKenna College, wrote:

The attractive quality of this book is that Thompson writes as a scientist about science with a clarity, accuracy, and objectivity that should engender respect both from scientists and from those whose religious persuasions are other than his own. He presents the philosophical instabilities of contemporary scientific theory in a clear scientific language without recourse to ad hoc religious explanations. 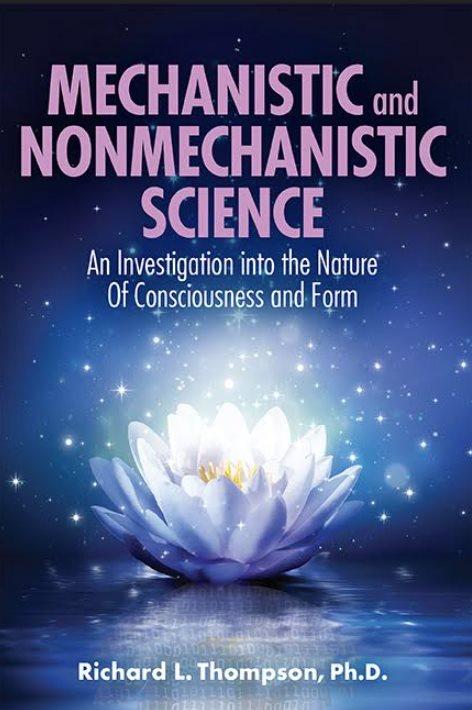 Five more of Thompson’s books will be included in the Lecture Series, in chronological order:

Mysteries of the Sacred Universe: The Cosmology of the Bhagavata Purana (2000)

God & Science: Divine Causation and the Laws of Nature (2004)

To register for the Feb. 4 inaugural event, and receive zoom links for each of the following lectures in the series, please click [here].

To attend in person and join us for a sumptuous 1 PM prasadam buffet at the BIHS Headquarters (224 NE 10th Ave, Gainesville, FL), please reserve your spot by contacting Prishni (prishni108@gmail.com) no later than January 15, 2023.