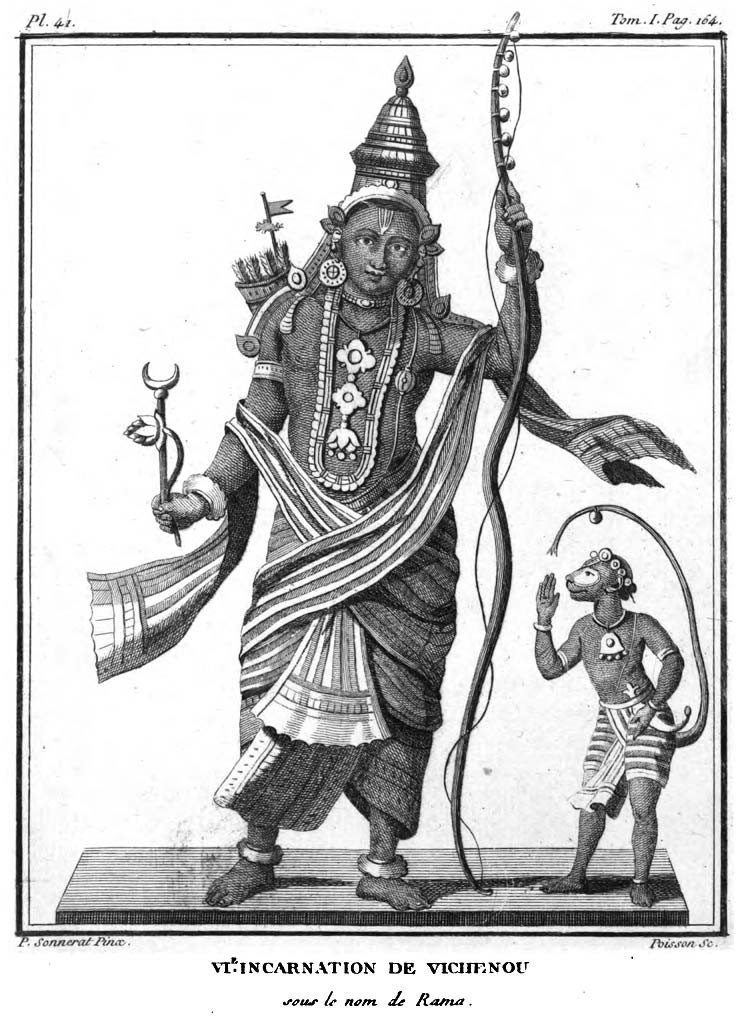 Sri Hanuman, a great devotee in the form of a monkey, prays, “Since Lord Sri Ramacandra is the Supreme Personality of Godhead, Vasudeva, He is not attached to anything in this material world. He is the most beloved Supersoul of all self-realized souls, and He is their very intimate friend. He is full of all opulences. . . .

“One cannot establish a friendship with the Supreme Lord Ramacandra on the basis of material qualities such as one’s birth in an aristocratic family, one’s personal beauty, one’s eloquence, one’s sharp intelligence or one’s superior race or nation. None of these qualifications is actually a prerequisite for friendship with Lord Sri Ramacandra. Otherwise how is it possible that although we uncivilized inhabitants of the forest have not taken noble births, although we have no physical beauty and although we cannot speak like gentlemen, Lord Ramacandra has nevertheless accepted us as friends?

“Therefore, whether one is a demigod or a demon, a man or a creature other than man, such as a beast or bird, everyone should worship Lord Ramacandra, the Supreme Personality of Godhead, who appears on this earth just like a human being. There is no need of great austerities or penances to worship the Lord, for He accepts even a small service offered by His devotee. Thus He is satisfied, and as soon as He is satisfied, the devotee is successful. Indeed, Lord Sri Ramacandra brought all the devotees of Ayodhya back home, back to Godhead [Vaikuntha].” (Srimad-Bhagavatam 5.19.6–8)

“To deliver people in regions throughout the universe who could not meet Him, Sri Caitanya Mahaprabhu personally entered the bodies of pure devotees. Thus He empowered living beings [His pure devotees] by manifesting in them so much of His own devotion that people in all other countries became devotees by seeing them.”

Srila Prabhupada elaborates in his purport, “As stated in the Caitanya-caritamrta (Antya 7.11):

It is only by the causeless mercy of Lord Ramacandra, Lord Krsna, and especially Sri Caitanya Mahaprabhu—and His empowered representative Srila Prabhupada—that creatures like us could be delivered and engaged in devotional service (bhakti-yoga), in relishing and distributing their divine, sublime mercy.