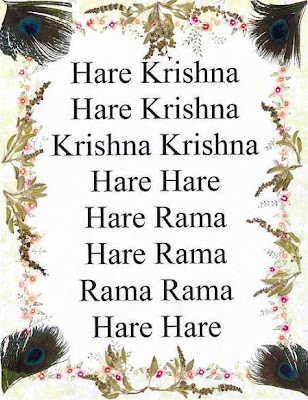 The Hare Krishna maha-mantra is a very simple mantra consisting of only three words: Hare, Krishna, and Rama.
Hare means unto Mother Hara (i.e. Lord Krishna's personal pleasure potency, Srimati Radharani).
Krishna means the all-attractive Lord.
Rama means the source of all enjoyment.
When we chant Hare Krishna we are praying: "O energy of the Lord (Hare), O Lord (Krishna) please engage me in Your service!"
Maha-mantra means it is the Great Mantra Of Deliverance. The sixteen words of the Hare Krishna mantra are especially meant for counteracting the contaminating influence of the age of Kali.
E-mail me when people leave their comments –
Follow