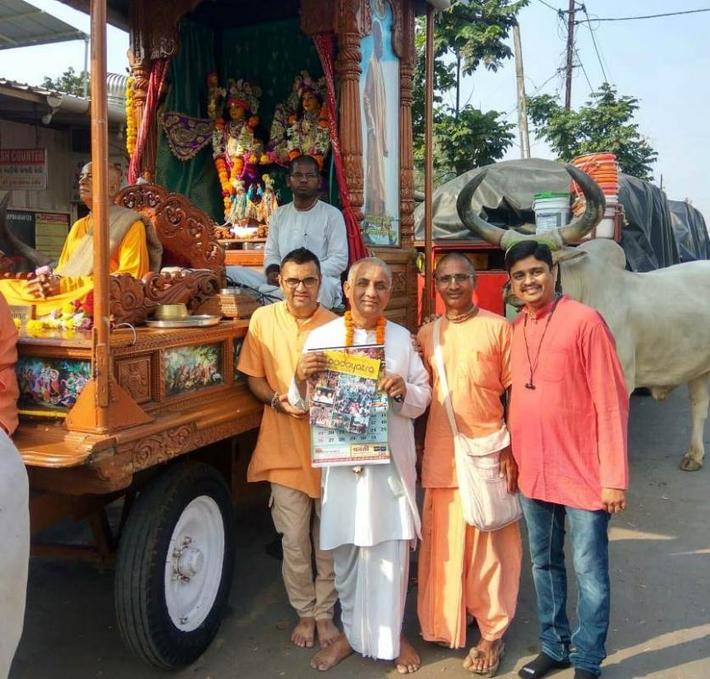 On November 27 the All-India Padayatra was in Navsari, the ninth biggest municipality of Gujarat state, where we presented several programmes. That evening I received a call from a devotee asking after padayatra’s location. While we do post updates on social media, we regularly get telephone enquiries from devotees so that if we are nearby, they can join us for a day or two and experience the bliss of padayatra. I told the devotee we were at Navsari and our next destination would be Bilimora. He responded joyfully, “Haribol, that’s my hometown.” He then introduced himself as Madhavendra Puri dasa.

When the AIP last visited Bilimora in 2010 the padayatris stayed at the Jalaram temple, and when Madhavendra Puri took darshan of Their Lordships Sri Sri Nitai-Gaurasundar at that time his heart had been stolen by Them. He came for mangala arati, accepted chanting beads and honoured prasadam with us – the complete package of mercy. For a long time, he was in regular contact with us and soon he connected with a devotee in Bhopal, Bhakta Harshat. By the Lord’s mercy he was eventually initiated by Bhak tivikas Maharaja. Madhavendra Puri declared, “I got devotion from padayatra.”

Madhavendra Puri was not in Bilimora but invited us to visit his home and informed his parents of our impending arrival so they could receive us. Soon after our welcome by the devotees in Bilimora we went to Madhavendra Puri’s house where his parents were waiting. His father greeted us with garlands and performed arati of Sri Sri Nitai-Gaurasundar. We then did sankirtan and gave a talk about how harinama is the only way out in Kali-yuga. Madhavendra Puri’s father was overjoyed that his son had provided him the opportunity to serve the devotees and Their Lordships at his house. The family also donated Rs 5000 for padayatra. 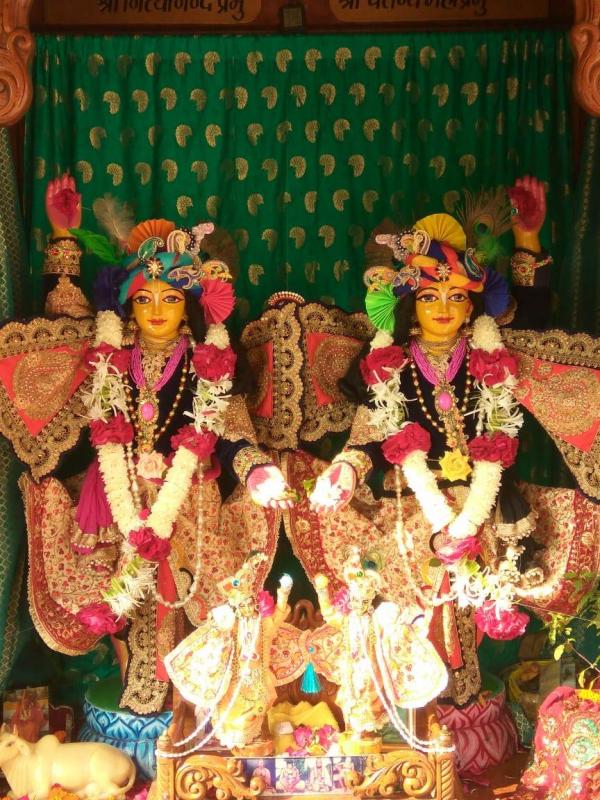 A child gets khira prasadam on his anna prasan ceremony

We then went to Balarama dasa’s house. Balarama has always helped the AIP whenever we were in this region of Gujarat. The padayatris would be accommodated at his home, the “Hare Krishna Residency” as it is known. By the Lord’s arrangement it was the day of anna prasan (first grain ceremony) of Balarama’sgrandson. Everyone was happy that padayatra had come to the house on an important day for the family and the padayatris were invited to participate in the ceremony. We had khira prasad of Their Lordships which I gave to Balarama. Then the Bhagavad-gita was placed in front of the child and he immediately moved towards it. Everyone clapped saying, “Jai, he will be a great devotee.” And luckily, Balarama’s grandson got prasadam of Sri Sri Nitai-Gaurasundar. 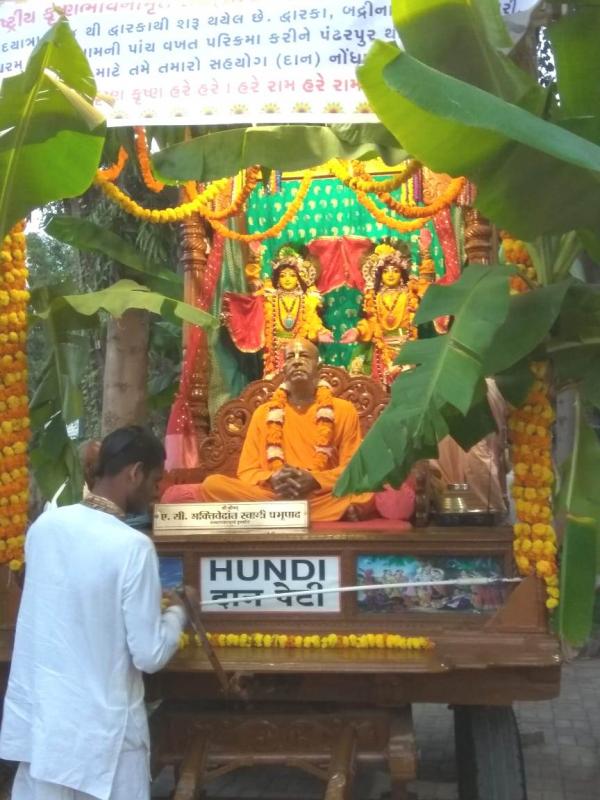