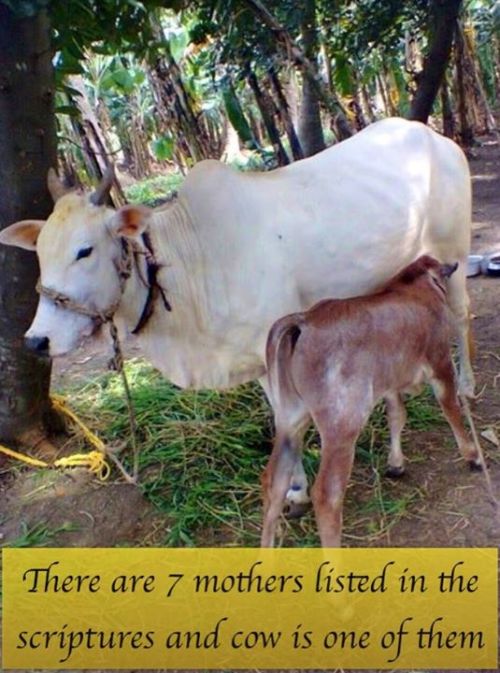 (Rukmini Walker’s speech in honor of International Women’s Day at the Institute for Spiritual Culture, The Glories of Our Mothers Conference, in Mayapur, India, March 3rd, 2019.)

I’m very grateful to have been invited to speak at this conference, on the Glories of Our Mothers. Specifically, I’ve been asked to speak on the traditional Vedic aphorism that, in this world, we must honor seven mothers:

“Our own biological mother; a guru or wife of our guru; a queen or head of state; brahminis, or wives of our teachers; the cow; one’s nurse, and finally, Mother Earth. Manu Smriti says,“The gods dwell where women are honored and respected”.Perhaps that’s why there are so many problems in the world today. So, first of all, our own mother, our first guru, the one who gave us birth. Srila Prabhupada writes in his commentary to Srimad Bhagavatam that, “only fools are ungrateful to their benefactors”. (SB 1.16.26-30, purport)

Maybe you have issues with your birth mother, but thank her! Be grateful! She didn’t choose to abort you. She didn’t throw you in a trash bin. Thank her!

A few years ago, I was traveling through Newark, New Jersey, and I saw a sign on the side of a bus that read: “If you don’t want your baby, don’t throw her in a dumpster, bring her to nearest fire department or police station and – no questions asked – they will take your baby – just don’t throw her in the trash!”

How very sad, for both the mother and the child. These are certainly the dark days of Kali Yuga: When a mother is so destitute of all resources, deprived of all love, that she would even consider throwing her own baby in the trash.

So your mother raised you, she taught you to the best of her ability the difference between good and bad. She tolerated your teenage rebellion, as my mother did when I left home at the age of fifteen and, at sixteen, joined a spiritual path that was strange and foreign to her. I have to say, thank you, Mom!

And ladies, my advice to you is that if you’re looking for a relationship with a man, find one who loves and respects his own mother. Otherwise when there are difficulties – and on life’s path, there will always be difficulties – he will take it out on you – believe me!

A number of years ago, a god-brother of mine, Jayadvaita Swami made a wise observation. He said that the problem with ISKCON (the International Society for Krishna Consciousness), is that we have no grandmothers. It was true at the time. We were so young and arrogant, actually. We had no common sense. And the only “granny wisdom” we would accept was coming from Srila Prabhupada.

Of course, now: we do have many grandmothers. The problem is that when the voices of women: mothers and grandmothers, are silenced, the door is opened for children, and women themselves to be abused. As we’ve so sadly seen our children, and our sisters suffer.

Women, children, need to be protected: from whom? From evil-spirited men! The abusers we are seeing all over the world being exposed in the “Me Too” movement.

I wanted to read you something so egalitarian that Srila Prabhupada’s guru, Srila Bhaktisiddhanta Saraswati Thakur wrote in, perhaps, the 1920’s, in his Harmonist periodical. He says:

“…Men and women are joined in wedlock for the purpose of serving each other in the joint service of Krishna. The wife is not an object of enjoyment of the husband, nor vice versa… They choose for their partners only such persons who serve God better than themselves. They offer themselves to be accepted by their partners for the favor of being allowed to share in their superior service of Hari…”

The second mother to be honored, is the guru, or wife of one’s guru.

Jahnava Devi, the wife of Lord Nityananda, after his demise, was honored by all the living goswamis as the head of the entire Caitanya disciplic succession. The male renunciates living at Radha Kund carried her by palanquin. She codified and harmonized the teachings of all those who lived and taught after the disappearance of Sri Caitanya.

There always have been, and always will be great teachers who are women. There have always been all different kinds of people. And this is not only a function of modernity.

The earliest Upanisads describe that in the Treta Yuga, an erudite woman scholar named Gargi, debated and defeated the great sage Yajnavalka in the court of King Janaka, the father of Sitadevi. It’s possible that Sita could have met Gargi in her father’s court.

We all have different gifts given to us by God. What we are given is God’s gift to us. How we use it, is the gift we give back to God.

My son, Gaura Vani, and I have close friends in Mumbai. They are pillars of our community there. Their older daughter is so happy being a devoted wife and mother of three beautiful daughters. Her younger sister, from the time she was small, has always known that she wanted to grow up to become the prime minister of India. As Gandhi said, she wants to be the change… She is now an attorney, working in a law firm, and she has every intention of pursuing political office.

Our sons, our daughters may not fit the mold of what you or I think they should do in life. But everyone needs to be honored for their own unique contribution in the world.

The third mother to be honored is a head of state, or, in older times, a queen.

Perhaps you’ve heard about the first Hindu congresswoman, Rep. Tulsi Gabbard? She is known to be bipartisan, and she follows the path of Bhakti Yoga. Every year on Diwali, (the Indian New Year) she goes online and reads an inspirational message from the Bhagavad Gita. She seeks to share uplifting wisdom with the public at large.

In Washington, DC, at an event honoring her election, we met her parents, who also practice Bhakti. Her mother told me that both her daughters are warriors, and both her sons are doing business. Not what one would expect.

Tulsi, who is now running for office of president of the United States, twice served as a soldier in Iraq, carrying a machine gun and she is a devout in her spiritual practice.

If I don’t offer my unique God given gifts back to God, then the world will be that much less.

Mother Teresa once said: “We consider what we are doing to be only drops of water in an ocean. But without our tiny drops, the ocean would be that much less.”

I often think about the great Kuntidevi, the mother of Arjuna, the protagonist of the Bhagavad Gita.

She was the queen, and she was a pure devotee of Lord Krsna. She had the right to approach her beloved Krishna’s chariot as He was leaving Hastinapur, to go back to His own city of Dwaraka.

Then the world would have been bereft of hearing her meditation, her words of glorification, and learning from her exemplary devotion.

Srila Prabhupada would sing her prayers in times of difficulty. At the Bhaktivedanta Charity Hospital, in Mumbai, when someone is wheeled into surgery and given anesthetic the last thing they hear piped in to the operating theater is the prayers of Queen Kunti.

In one of her prayers, she says:

“Oh Lord of Sweetness (Krishna), just as the Ganges River forever flows to the sea without hindrance, let my attraction be constantly drawn unto You, without being diverted to anything else.” (Srimad Bhagavatam 1.8. 42)

And fourth, what about a brahmini, or the wife of a brahmin, or teacher?

I think of the Yajna Patnis (described in the Tenth Canto, Twenty-third Chapter of Srimad Bhagavatam). The Yajna Patnis are our mothers and gurus of pure devotion. They were most likely illiterate, but their proud husbands knew all the mantras and tantras and yantras of the Vedas…

But what the husbands did not know was that when Krishna, Balaram and the cowherd boys are in the neighborhood and they are hungry that They should immediately be given the results of sacrifice.

“Krishna is the ultimate beneficiary of all sacrifices, the Supreme Lord of all planets and demigods, and the well wishing friend of all living beings.”

This verse has been dubbed as The Peace Formula.

The simple wives of the brahmins knew what their highly educated husbands did not know: They had conviction and peace, and they were not afraid to go to Krishna with their offerings. And their husbands cursed themselves afterwards: “To hell with our yajnas, and mantras, and tantras! We were so ignorant that we did not take the opportunity to serve Krishna the way our wives did!”

The beautiful Bhagavatam is all about this kind of role reversal. Bhakti is all about uplifting the small people, the humble people like Prahlada Maharaj, like Sudama brahmin, like the simple cowherd girls of Vrindavan, the greatest devotees on the path of Bhakti.

And number five: Mother Cow. She is the emblem of selfless love. Why is she considered so sacred and important in Vedic culture?

She eats only grass, which grows freely everywhere, transforming it into her own life’s blood in the form of a miracle food – milk, like our own mother’s milk. Milk and ghee and all that’s used to worship Krishna, building finer brain tissues so we can understand more subtle spiritual truths.

In the West, milk has gotten a bad reputation, due to factory farming and so many additives, and not knowing that milk is to be taken hot, not cold out of the fridge. And not knowing how the cows are meant to always be protected, and never slaughtered.

She is our gentle mother just seeing her calms the mind. Yet in the dark days of Kali Yuga, like other mothers, she is being abused and killed, although she is so innocent.

And six: The nurse. Maybe our mothers didn’t employ a wet nurse to help her feed us, as they did in older times. But what Lord Viswambhara? Lord Sri Caitanya Mahaprabhu has a name: Viswambhara. “viswa” means the universe, “amba” means the nurse.

Lord Caitanya, also called Gauranga, is Viswambhara the universal mother who feeds us the nectar of the Holy Name of Krishna. If we will only agree to drink it deeply, knowing that this nectar, this amritaopens the door to our eternal relationship of love of the Supreme Beloved Person, Lord Sri Krishna.

And finally, number seven. The Sacred Goddess who holds us all, each and every day our Mother Earth.

Her gifts are not a commodity, or even a resource to be objectified or misused out of greed. Where is our gratitude for her shelter, for her bounty with which she nourishes us each day?

It’s said that without gratitude, love is impossible.

“Thankfulness is a soil in which pride does not easily grow.” –Michael Ramsey, Archbishop of Canterbury

In our Bhakti tradition, there’s a prayer that we say each morning before rising from bed.

“Oh Mother Earth! You are holding the oceans and the mountains! You are the wife of Vishnu! Please forgive me for placing my feet on you.”

In conclusion, traditional wisdom on the path of Bhakti means to humbly honor our seven mothers:

Our own mother, who is our first guru; our guru on the spiritual path, or the wife of our guru; to honor the head of state or the queen, the wife of a king; to honor a brahmani, a teacher or a wife of a brahmin; to honor our most benevolent mother cow; to the divine nurse who feeds us the nectar of the Holy Name our Lord Viswambhar; and finally our sacred Mother Earth.