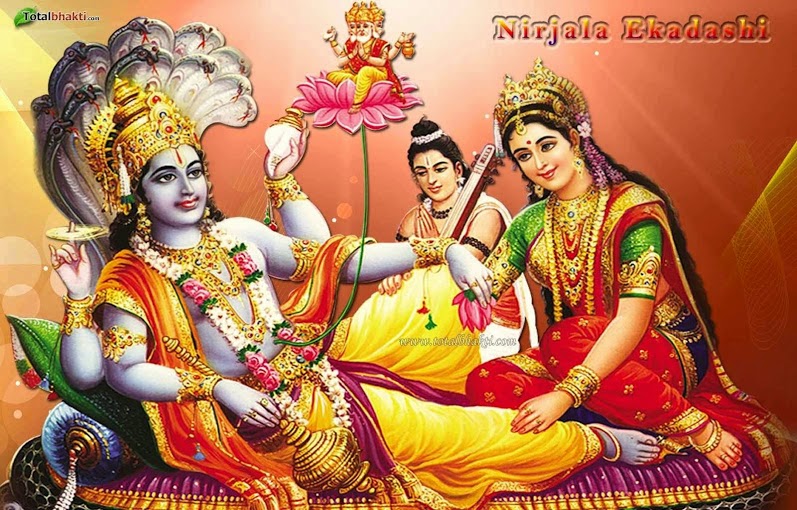 Nirjala Ekadashi is celebrated on the 11th day of the waxing moon of the Hindu month Jyestha, is considered to be the most fruitful of all Ekadashi fasts. There are total 24 Ekadashi fasts, which are celebrated in one year. Each of them carries a special significance but by observing Nirjala Ekadashi, anyone can get the fruits of all of them. The word Nirjala means without water. It is the most difficult and powerful fast. It is also known as the Pandava Bhim Ekadashi, Bhima Ekadashi and Bhimseni Ekadashi.
It is believed that by observing this fast, people go to the Holy abode of Lord Vishnu. They are not judged for their sins and go straight to Vaikunth. Also, this fasts equals the virtue of going to a pilgrimage. It is the most difficult fast in the Hindu religion. Not everyone has got the power and dedication to observe such a fast.

The story of Nirjala Ekadashi is given in the Brahma Vaivarta Purana. As per the story, all the Pandavas along with their mother Kunti and wife Draupadi observed all Ekadashi fasts. But one of the Pandava Bheem could not do so because he could not control his hunger. He, like his family, was a great follower of Lord Vishnu. He went to Rishi Vyasa Vyas with his problem. Saint Vyasa suggested him that he should observe the auspicious day of Nirjala Ekadashi once every year, as by doing this he will get fruits of all Ekadashi fasts. From then Nirjala Ekadashi is also known as Bhimseni Ekadashi. 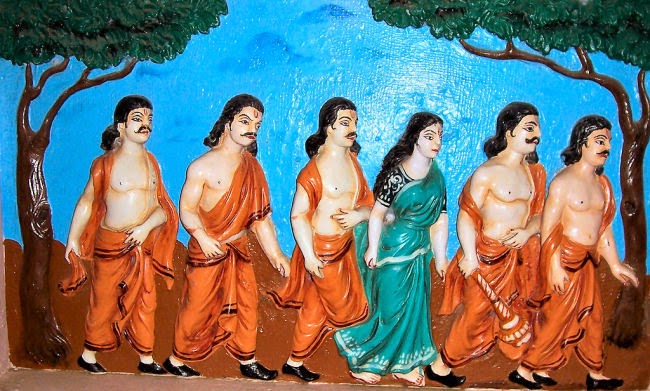 Celebrations of Nirjala Ekadashi
Like all other Ekadashi fasts Nirjala Ekadashi is also dedicated to the supreme Lord Vishnu. People wake in the dawn and take an early bath. The prayers begin right in the morning by lighting a Diya and offering flowers & fruits to Lord Vishnu. Food and water intake is prohibited on this day. Devotees read hymns and chant mantras all day long. Evening prayers are performed with equal zeal and devotion. Some devotees visit temples of Lord Vishnu and offer prayers there. Idol of Lord Vishnu or Shaligram is bathed with Panchamirit (mixture of milk, curd, ghee, honey and sugar). People donate clothes, food, umbrellas and many other products to Brahmins. Sleeping on Ekadashi fast is not allowed. So, devotees perform an all night Jagran and seek blessings from the Almighty. The next day people wake up early and break their fast after the morning Puja.
Certain people are relieved from observing Nirjala Ekadashi. These people include pregnant women, women who have just delivered a baby, those who are infected with some disease or are generally in poor health, by no means does this fast suggest that one should put their body under strain and stress. If you think you are not physically fit then there is no need to fast unwillingly. The key here is patience and your own free will. Though we should follow all the customs and traditions as they are a very vital part of who we are and where we come from yet it shouldn't be forced.
Nirjala Ekadashi blesses us with happiness, prosperity and bliss. Also it burns effects of past sins and helps us make a new beginning. Nirjala Ekadashi provides Moksha (salvation) to people who observe it with dedication and devotion.
With this we hope that you know all that you need to know about this great day of Nirjala Ekadasi. May Goddess Ekadashi blesses you with luck, happiness and prosperity.
Wishing everyone Krishna Conscious Nirjala Ekadashi.
Also read an inspiring conversation between Yudhistra Maharaj and Yaksha:
http://krishnaseva.blogspot.com/2014/06/yudhistra-and-yaksha-story-in-english.html
Tags: bheem, bhima, bhimseni, ekadashi, mahatamya, nirjala, pandava, ved, vyas
E-mail me when people leave their comments –
Follow