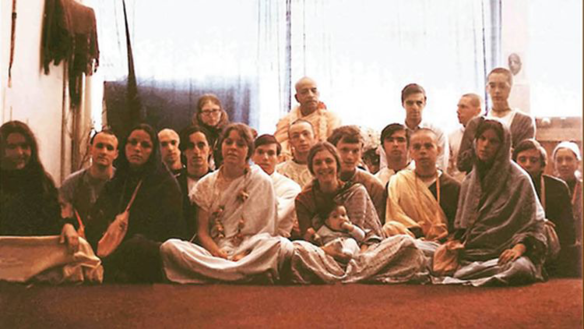 In their new book, “An Endangered Species: ISKCON Ashramites in the West,” Kalakantha Das and Jitamitra Dasi posit that ashrams are still an important part of today’s ISKCON. They explain how to create an ashram program that attracts devotees from all backgrounds in the West, especially in North America.

“Some say that the idea of joining an ashram or commune is passé, a hangover from the drop-out anticulture of the 1960s that is not the way of today’s Millennials and Generation Z,” writes Akhandadhi Das in the Foreward. “Based on my experience, I disagree.”

Akhandadhi says that while running the UK’s largest retreat center, he has seen many serious adults preparing to enter some kind of monastic or communal life. “From these encounters I have observed that although young people today are less driven to turn their back on society, they have a greater awareness that they must care for themselves as holistic beings, striking a sustainable balance between their outer and inner lives,” he explains.

Speaking about ISKCON devotees’ experiences, he adds: “Though most of us no longer reside in temple ashrams, we attribute the lion’s share of our realizations, purification, advancement and devotion to those formative ashram years.”

One center that has been incredibly successful in providing and maintaining ashram training in the West is the Krishna House in Gainesville, Florida, USA, now managed by temple president Sruti Sagara Das.

Previously, Kalakantha Das was the president for fourteen years, while his wife and co-author Jitamitra Dasi served as secretary treasurer. Today, Jitamitra continues her service, while Kalakantha serves as the Krishna House chaplain, counseling new students.