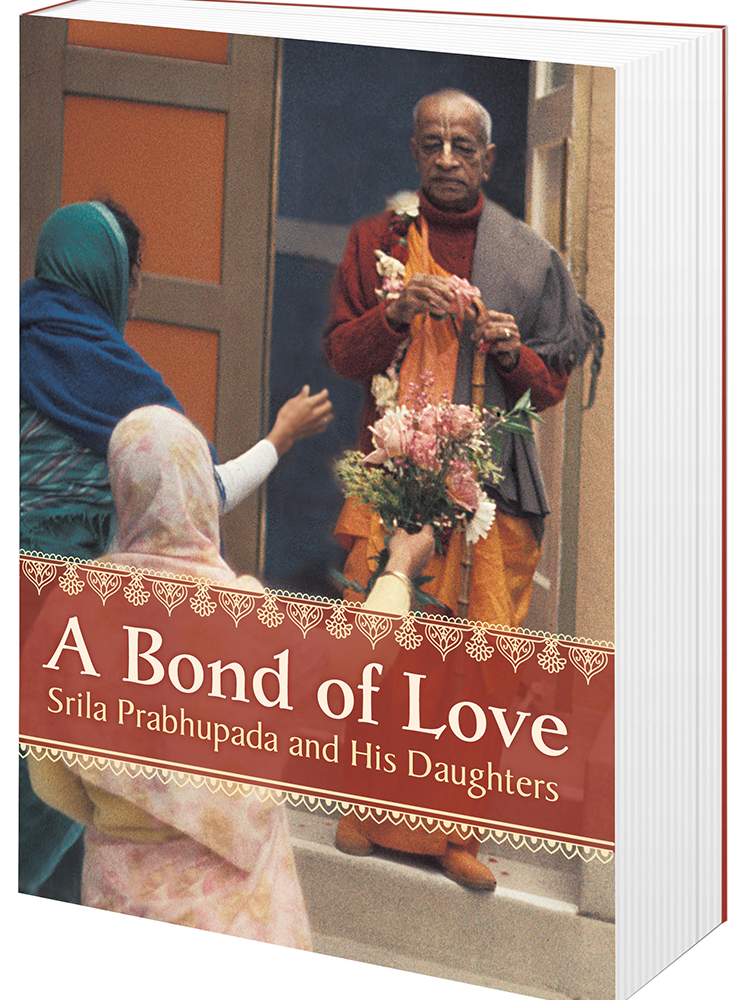 In a new book A Bond of Love published by Bookwrights Press Srila Prabhupada’s daughters remember their time with their spiritual master.

“Riding in the back of a taxi with a close god sister in Mumbai one fall evening around 2008, discussing the seemingly eternal topic of friction between genders, I paused for a moment to reflect on a particularly sweet remembrance where Srila Prabhupada put this topic nicely into perspective, as reiterated by my god sister. ‘The men need to hear this!’ I exclaimed. Then countered myself by adding, ‘We all need to hear this, men and women! But, still, how do the women’s voices get heard?’

“And thus hatched the idea for a book of memories by Srila Prabhupada’s initiated spiritual daughters.” —Malati devi dasi

It was an idea that took on a life of its own. Now, twelve years later, the massive project has finally come to fruition and will be offered to Srila Prabhupada on the 124th anniversary of his appearance. A Bond of Love: Srila Prabhupada and His Daughters, is a 600 page book of memories written by his spiritual daughters. Over 300 Vaishnavis contributed to the book, which included both memories of their interactions with Srila Prabhupada, as well as how he impacted their lives.

The intention of A Bond of Love is to document Srila Prabhupada’s exchanges with his female disciples for the benefit of existing and future members of ISKCON as well as for anyone interested in knowing more about our beloved spiritual master and how he deeply and personally affected the lives of his beloved female disciples (spiritual daughters).

The publishers hope to accomplish the following:

Tags: new book, a bond of love, srila prabhupada and his daughters
E-mail me when people leave their comments –
Follow