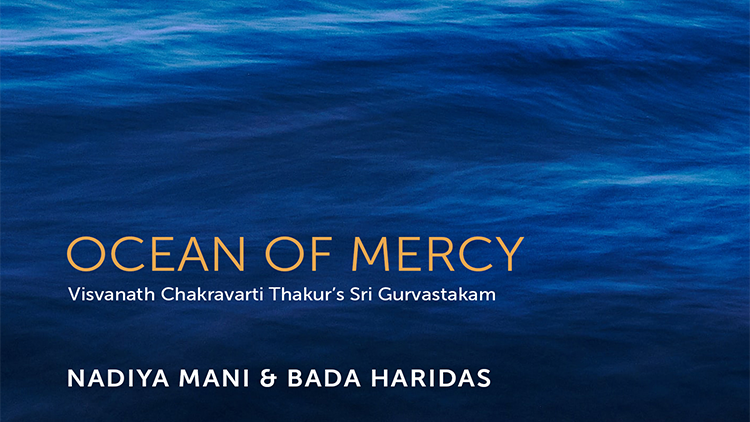 First and second-generation kirtaniyas have created a new song dedicated to beloved ISKCON guru Bhakti Charu Swami, who passed away on July 4th.

The deeply moving, soul-stirring track presents the prayer Sri Gurvastakam by Visvanath Chakravarti Thakur in a unique style that combines elements of classical, New Age and meditation music. It has been described by Bada Haridas’ wife Kosarupa Dasi as “pure meditation.”

In a Facebook post about the release, Bada Haridas wrote, “Feelings of melancholy have pervaded the global Vaisnava family after the loss of my beloved Godbrother, His Holiness Bhakti Charu Swami. Inspired by Maharaja’s surrendered life at the lotus feet of our spiritual master, His Divine Grace A.C. Bhaktivedanta Swami Prabhupada, we dedicate this song to him and his followers.”

Bada Haridas also shared his translation of the song’s first verse, based on Srila Prabhupada’s explanation: “Just as clouds drink water from the ocean and shower their rain upon the parched earth, enlightened spiritual masters receive mercy from the ocean of mercy, Lord Sri Krishna, and shower that mercy on our burning hearts like a cooling rain.”