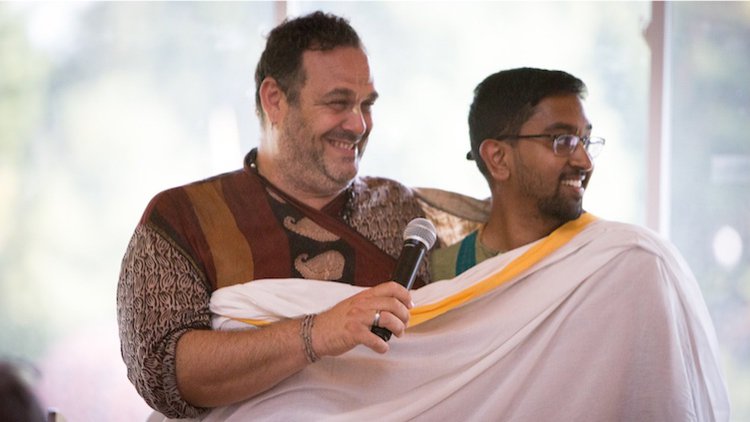 The MAN-tra Retreat is back. Excitement is ramping up as devotee guys pack their bags and head to the hills of New Vrindaban for a weekend of rejuvenation, association, learning and empowerment from September 21st to 23rd.

“There’s never been a more manly way to be engaged in Krishna consciousness,” grins kirtan leader Gaura Vani, who will be participating. “This is the kind of sanga that will put hair on your chest.”

Over 135 men from the UK, Canada and the United States are expected to to attend this second annual retreat, which will continue to explore the theme of “being a K.C. guy in the 21stcentury.” Ages will range from 18 up and include multiple generations – last year, grandfathers, fathers, and sons were all present.

MAN-tra will be organized by representatives from ISKCON’s Communications Ministry, Grihasta Vision Team, and Youth Ministry, with additional input from Bhutabhavana Das, who works professionally in leadership training and development; and Gopinath Bloch, who holds a Master’s Degree in Organizational Leadership. 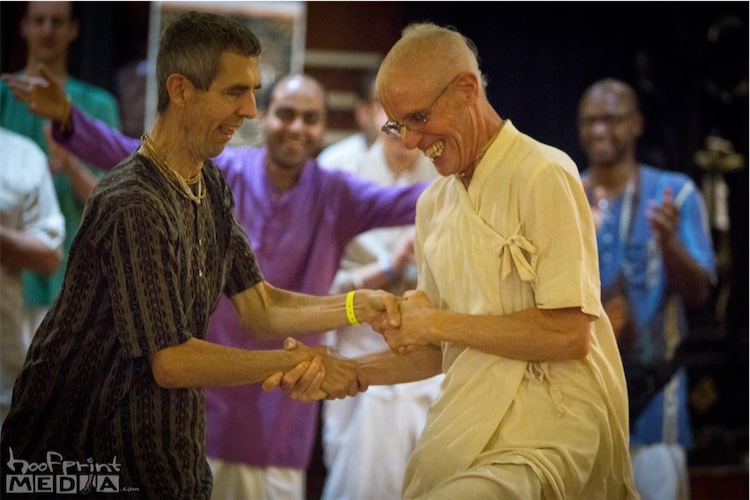 “We want to provide a place to discuss issues that are of concern for men; explore and help develop strong male identities; understand our roles in Krishna consciousness; and discover how we can be best be suited to serve as fathers, husbands, sons, brothers and friends,” says co-organizer Anuttama Das. “We also want to promote Krishna consciousness bonding and spiritual growth together.”

Mornings at the retreat will start with “super morning programs” featuring kirtans by Gaura Vani, Bhaktimarga Swami and Amala Harinama, and Bhagavatam class by Kripamoya Das from the UK.

During the days there will be a series of edifying workshops. In The Three Modes of Masculinity, Bhutabhavana will explore how the modes of material nature affect the way men think and act; and how they can elevate themselves to act in the mode of goodness in their relationships, work and family lives. 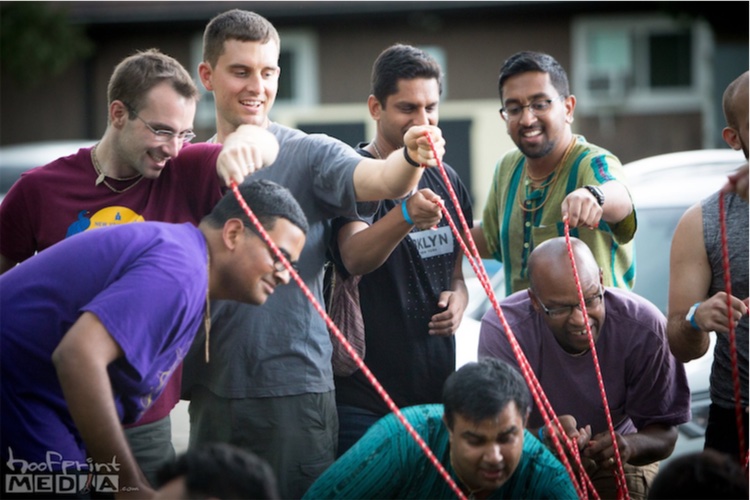 Bhutabhavana will also have a session entitled C.O.R.E. Masculinity (Endeavor with Confidence – Openness – Resilience – Enthusiasm), which draws from Sastra.

Anuttama Das will lead open space discussions, giving participants the opportunity to choose topics they specifically want to explore and have free flow conversations about them. This new addition is based on feedback from last year’s retreat.

Other workshops will be led by Manorama Das, Kripamoya Das and Gaura Vani – the latter will lead a session on personal creativity with other artists and musicians, while friendship will also be in the mix. 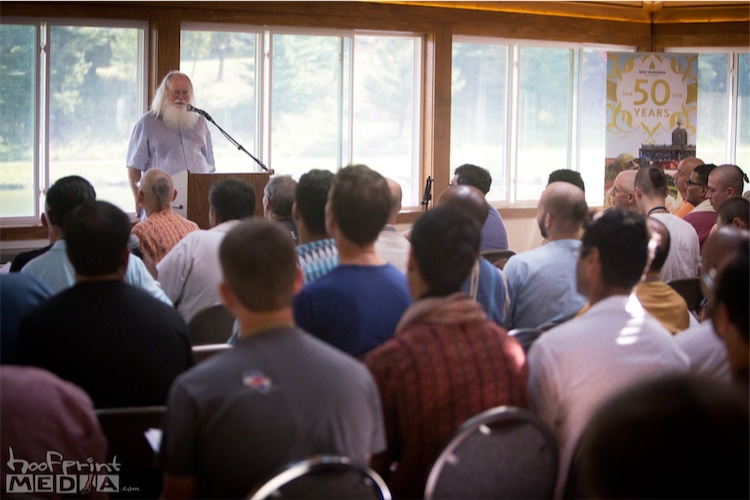 On Saturday afternoon the guys will do seva projects together in New Vrindaban such as repairing, painting, landscaping, maha cleanup, and helping at the cow barn. There will also be plenty of free time during the retreat where they’ll get to hang out or play sports.

Highlights in the evenings will include a special torch-lit kirtan up to Prabhupada’s Palace, followed by dinner and storytelling around a bonfire on Friday. On Saturday, there will be comedy with Ekendra Das and his alter ego musician Yama Niyama Das brahmachari. Bhaktimarga Swami and his Toronto Players will aso stage The Embassy, a drama about Lord Krishna’s attempt at a peaceful negotiation with Duryodhana on behalf of the Pandava brothers.

Last year’s retreat, by all accounts, was a hit, and the same is expected of this year. “I had such a great time at the MAN-tra retreat,” said Namarasa Das, an IT project manager and pujari from New Jersey last October. “It made me appreciate all the wonderful men we have in our society. The kirtans, the prasadam, the laughs, the seminars, all were really nice. I am feeling inspired and rejuvenated. I highly recommend it!” 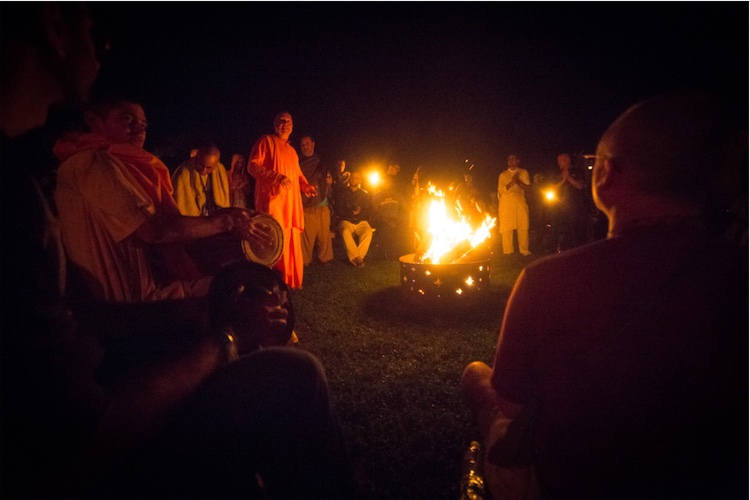 Anuttama comments, “I find it exciting to have the opportunity to associate with other Vaishnava men in Krishna consciousness, and to build deeper friendships and talk about the challenges we face. I think there’s a lot that we can learn from each other – and of course, it’s lots of fun!”

Gaura Vani, Anuttama’s son, adds, “I’m really appreciative that my father is taking this idea of cooperation between the generations so seriously. And even though we know there are so many other places in our movement that we need to focus on and make stronger, this intergenerational gathering of men learning from each other and growing deeper in our friendships is such a great place to start. If we keep investing in this year after year, I think people will find it enormously nourishing.”

Find out more and register at https://mantraretreat.org/