Achuta is a young father originally from Tamil Nadu, who is now living in Qatar. He is exploring Canada as a place to move to.  He happily accepted my proposal for a one hour walk.  We did so in a drizzle, in a nearby neighbourhood of the temple/ashram.  We both chatted and compared notes, so to speak, on the differences between the three cultures of India, the Middle East and Canada.  Our conclusion was that while there are variant ways to do things, in the end, everyone is often quite the same in terms of habits based around self-centredness.
As we were in conversation (and still in drizzle and darkness) a younger man walked up to me, wanting my attention.
"Are you a monk?"
"Yes I am, a Krishna monk from around the corner at the Krishna temple on Avenue Road."
He went on to say, excitedly, "In my ancestry, there have been a good number of monks and nuns."
He identified himself as Roman Catholic by birth and said  his name was Tony.  “They were so gifted and insightful.  Are you like that?”
I believe he was implying that people of the cloth, who lead a life of simplicity, are perceptive and often healers; they do good works. So I explained that through study of ancient teachings, like those of the book, Bhagavad-gita, and through the mercy (kindness) of my teacher/guru, I've become a lot more sensitive and benevolent.
We were now at the entrance of the subway, and he mentioned he had to break it off and depart.  We shook hands.  Achuta saw and heard our talk and was impressed with Tony's inquisitiveness.  Personally, I like the way some conversations go from a negative analysis to a positive experience.  We walked back to Govinda's where I met Stephen Phillips, who was happy on Krishna prasadam. https://www.instagram.com/p/B4i3gDWgCkH/?igshid=1umh561toifr7 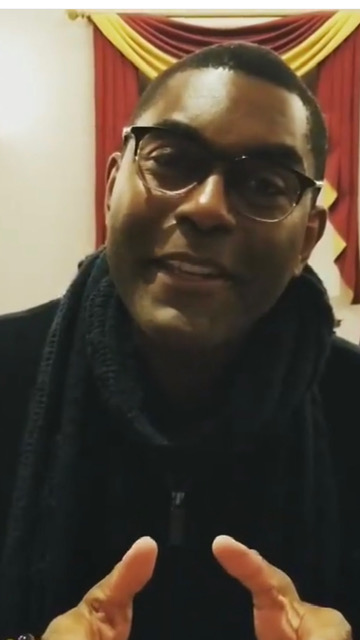