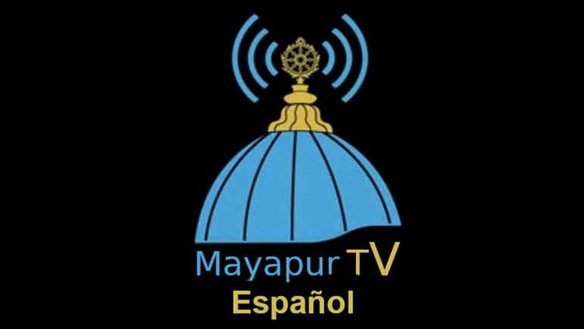 Started in the mid-2000s, MayapurTV now hosts broadcasts by over 150 ISKCON centers, sannyasis and leading devotees, with 314,000 subscribers on YouTube. The channel inspires viewers and provides free access to ISKCON programs worldwide, all in one place.

The next step for MayapurTV Manager Antardwip Das is to establish different branches of MayapurTV for different languages. With nearly 500 million native Spanish speakers in the world, one of these, naturally, had to be Mayapur TV Español, started four months ago by the former Co-Director of Mayapur Institute Radhika Nagara Das.

Originally from Spain and now resident in Mayapur, Radhika Nagara explains that the purpose of the new channel is to make Krishna Katha accessible to Spanish-speaking people in every town and village through the Brihat Mridanga or “big drum” of the Internet.

“There are 500 million people speaking Spanish around the world,” Radhika Nagara says. “But we noticed that they have no real platform to go to where they have access to Bhagavatam classes, the glories of Sri Dhama Mayapur, interviews, webinars, and other resources to nourish their Krishna consciousness in Spanish.”

Mayapur TV Español soon built a small team including social media manager Chintamani Madhavi Devi Dasi, who lives in Chile. So far, the channel delivers its content via its YouTube, Facebook and Instagram pages, with a webpage still to come.