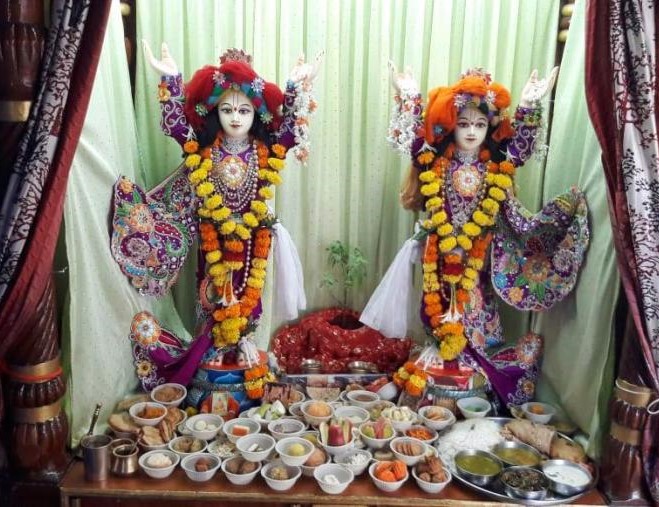 Recently the Maharashtra Padayatra was at Koregaon in the Sangli district, a village enriched with devotees. Cintamani devi dasi, the daughter of a brother of Lokanath Maharaja, stays here and as part of a Vaishnava family she naturally follows the same spiritual path. Her son, Caitanya dasa, who studies in gurukul, was also at home to welcome padayatra and he sang and performed kirtan with us. They have a combined family, a rarity nowadays, and all are devotees. If a mataji becomes a devotee she can enlighten two families – her own and her in-laws. We had a grand evening programme and sankirtan in the village attended by many of the residents, who happily danced with us and cooked fifty-six bhoga preparations for Their Lordships, the first time fifty-six preparations have been offered to Them. In temples what is cooked for the temple deities is offered to Sri Sri Nitai-Gauracandra, but this bhoga was especially for our Gaura-Nitai. All glories to the devotees in Koregaon and their love for Their Lordships. 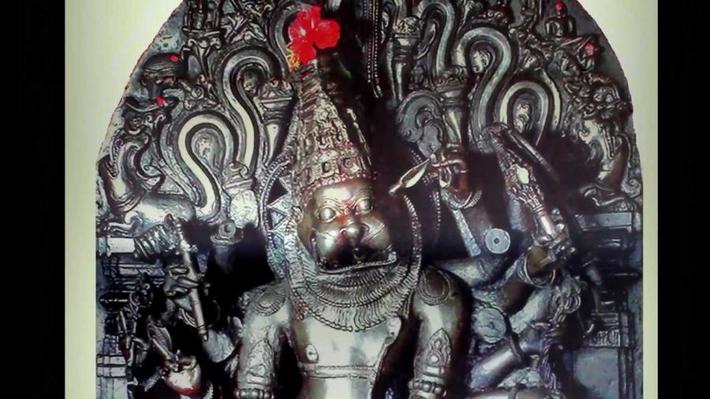 Blessed by darshan of Lord Narasimha

Sri Laksminarasimha, known to the locals as Jwala (flaming) Narasimha, is a self-manifested saligram at Narasimhapur (Kole village). His appearance is enormously impressive and a pleasure to the eyes. One can see the Lord with sixteen arms tightly holding the demon Hiranyakasipu. “The foremost amongst the sages, Parashar, performed austerities on the bank of the river Krishna with a heart full of devotion, meditating on Lord Narasimhadev.” Lord Narasimhadev was pleased with the devotion of Parashar Muni and hence appeared in this wonderful sixteen-handed form, the same blazing form that the Lord had assumed while killing Hiranyakasipu. As it was not possible for anyone to establish this ferociously blazing form on earth, the Lord ordered Parashar Muni to immerse Him in the nearby river Krishna. With a heavy heart, the sage immersed the deity in the water. We all had darshan of Lord Narasimha and prayed to always keep us in the service of Nitai-Gauranga. 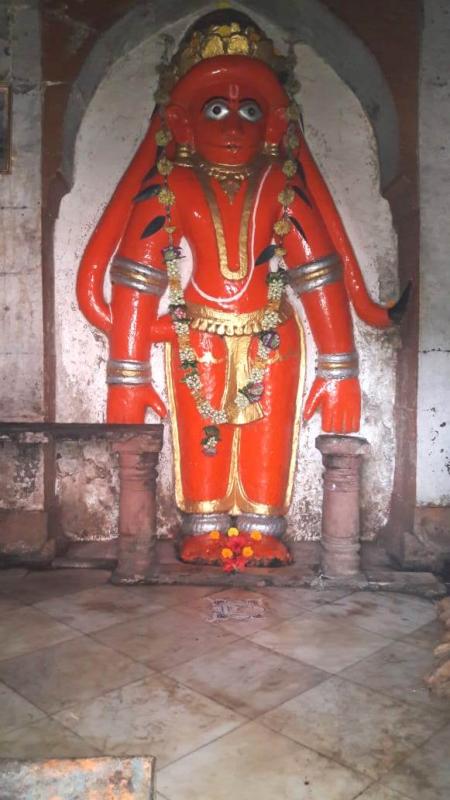 Two kilometres from Narasimhapur is Bahe Borgaon, where Sri Ramachandra and Laxman rested briefly on their way back from slaying Ravana. Lord Rama was meditating there when the river Krishna flooded and disturbed His meditation. To avoid the disturbance Sri Hanuman spread both his hands to obstruct the flow of the river, diverting it around his hands and thus forming an island. This is now a sacred place for the devotees. Swami Samarth Ramdas installed the Maruti (Hanuman deity) behind the Rama temple here in 1651 and is said to have been inspired to write the devotion-filled Bhimrupi Stotra while contemplating the deity. Of the eleven Maruti installed by Samarth Ramdas throughout Maharashtra, this one is found at the most salubrious of locations. We all had darshan of Lord Rama, Laxman and Sita maiya and prayed to the upright-standing deity of Hanuman that we get devotion like he has for Lord Rama so we may serve our spiritual master with that devotion. Visiting such holy places provides us padayatris with spiritual strength. 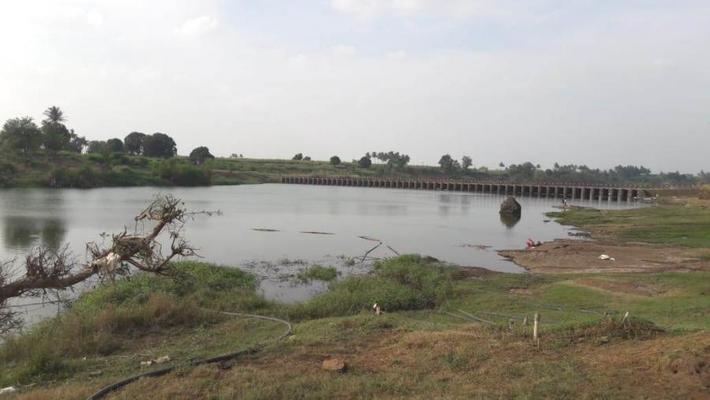